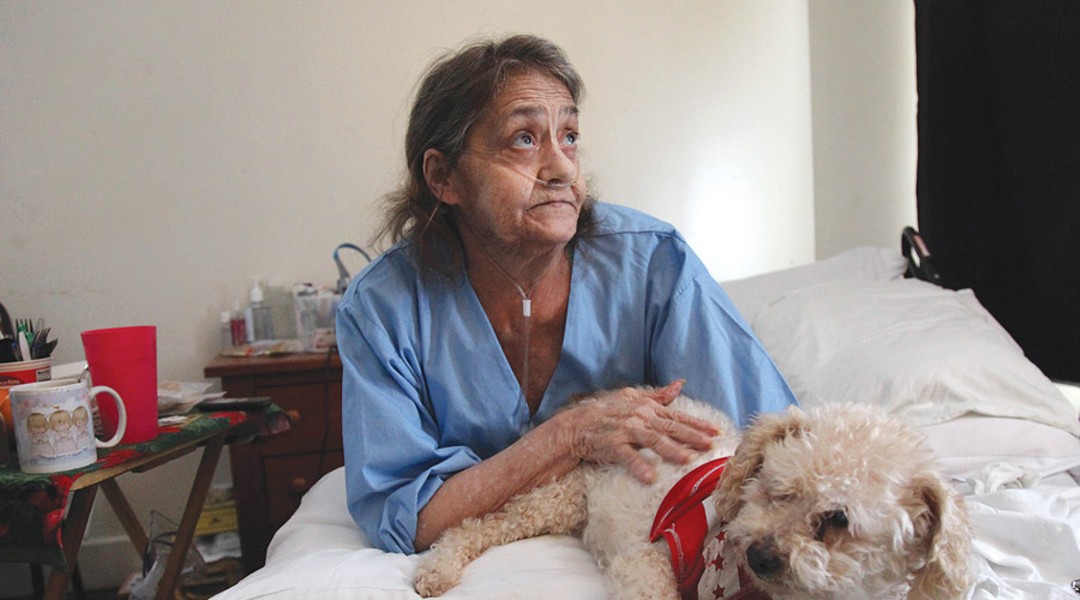 PHOTO BY MAX SCHULTE Linda Barger sits in the bed of her Sherman Street apartment with her dog, Bear.
Linda Barger sat in bed in her Sherman Street apartment with her miniature dog, Bear, curled up by her side. There, over the intermittent hissing of the breathing tubes that feed her oxygen, she lamented the long list of problems with her place. The shoddily-repaired wall. The lack of lightbulbs in an overhead fixture she can’t reach.

But she kept coming back to the mice. They were everywhere. She can hear them rooting through plastic bags in her closet. They peek out from the crisper drawers in the fridge. As she spoke, a mouse, as if acting on cue, started scratching around inside the drop ceiling overhead, the tiles blotchy with water marks.

"I can't get rid of them,” Barger said. “They crawl out of my shoes, they go in my garbage. I mean, I'm petrified of 'em...Especially when I know I can't run."

Barger, 64, can’t just walk away from the apartment, even though her landlord has neglected it. She has chronic obstructive pulmonary disease (COPD), a serious condition that requires her to be on a constant supply of oxygen and to largely remain in bed.

So she turned to the courts, and in the process became a sort of pioneer for renters' rights in Rochester.

Last week, she won what tenant advocates called a first-of-its-kind case in Rochester City Court in which a judge ordered Barger’s landlord, Baridi Viator, to repair her apartment and address the mouse and insect infestations. The judge, Michael Lopez, gave him 60 days to fix the problems.

The notion that no landlord has ever been successfully sued for repairs in Rochester may sound implausible considering the state of many rental units in the city. But tenant advocates explained that the obstacle to such legal action isn’t a lack of inattentive landlords, rather a lack of means among tenants. Most tenants don’t have the resources to risk taking their cases to court. 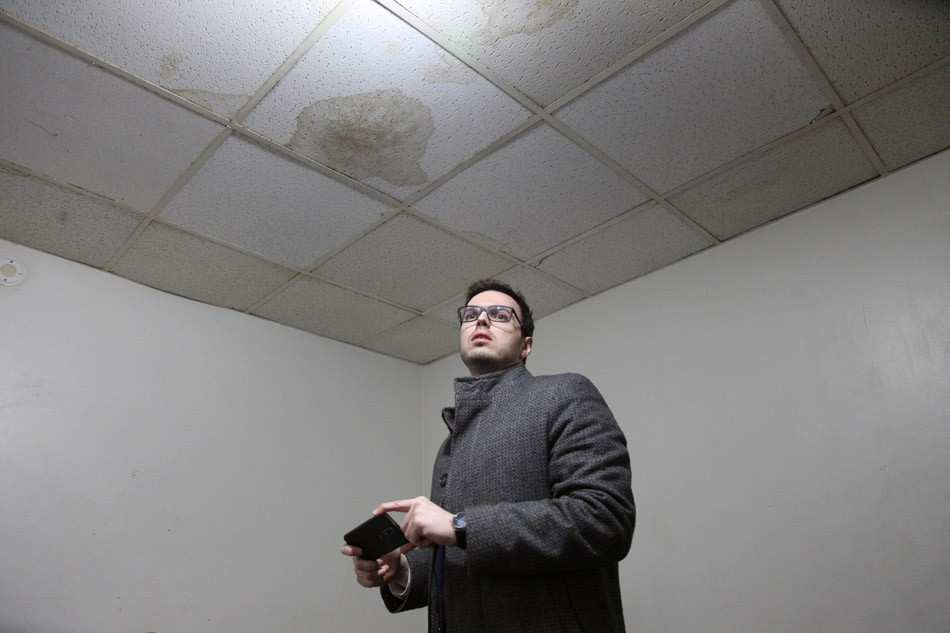 “After the city comes out (and inspects) and nothing’s been remedied, this is essentially the last option for a tenant,” said Mike Furlano, a lawyer for the Legal Aid Society of Rochester, which represented Barger. “You can go to the landlord, landlord doesn’t do anything; go to the city, the city can’t do anything other than fining the landlord. There’s no option other than seeking a court order compelling the landlord to make repairs and to remedy all of the violations.”

The Legal Aid Society brought the lawsuit on Barger’s behalf as a test case “to show that there is jurisdiction in City Court for a case like this, that they have the power to make that order and then enforce it,” said Mark Muoio, the agency’s housing unit program director.

Lopez awarded Barger $4,800 in damages based on the $495 a month she pays for her space in her apartment house, as well as $4,500 in attorneys fees, a figure that will likely increase. He also barred Viator from collecting rent from Barger until he gets a certificate of occupancy for the building from the city. The certificate expired in 2017.

Barger’s lawyers, as well as local affordable housing advocates, see the decision as a big win. The decision, they said, could have far reaching implications, particularly empowering Rochester tenants to fight back against neglectful landlords.

Her case was the second recent victory for tenants. Earlier this month, state court officials announced the launch of a new housing section within City Court that allows tenants to bring small claims cases against landlords.

‘If I could leave, I would’

Barger and the Legal Aid Society were not the first to try to get Viator to fix up the Sherman Street property, a 3,200 square-foot house near the intersection of Dewey Avenue and Emerson Street built in 1883.

City property records show the three-unit apartment house has 38 open code violations. Viator has been fined for some of them and for renting apartments without a certificate of occupancy.

The mouse infestation is just one code violation city inspectors identified. Another was the buckling ceiling and floors, which are as clearly visible as the water stains on the ceiling tiles throughout the unit. One tile appeared to be tinged with light green mold. Also noted were plumbing, electrical, and exterior maintenance problems.

Outside the courtroom after the decision, Viator said he had tried to bring an exterminator to the apartment but couldn’t get access. He also said that Barger had been living in the apartment before his certificate of occupancy expired.

“If you don’t like this place for all these three years, why did she stay there?” Viator, who represented himself, asked.

Barger fielded a similar question the previous day from a CITY reporter as her lawyer snapped photos of broken windows, sagging ceilings, and mouse droppings to support her case.

“Believe me, if I could leave I would,” Barger said. “But I know I can't and I'm not going to kill myself earlier just to make him happy. I'm on the last stage of COPD, I really can't do nothing. I get out of breath.”

As he handed down his rulings, Lopez told Viator plainly that he needed to fix the many serious problems with Barger’s living quarters, which the judge laid out in detail within his final, signed repair order.

To help Viator meet the February 10 deadline, the judge set two specific dates when Viator could bring exterminators to the apartment. Barger was scheduled to be out of the apartment at doctor’s appointments on those dates. 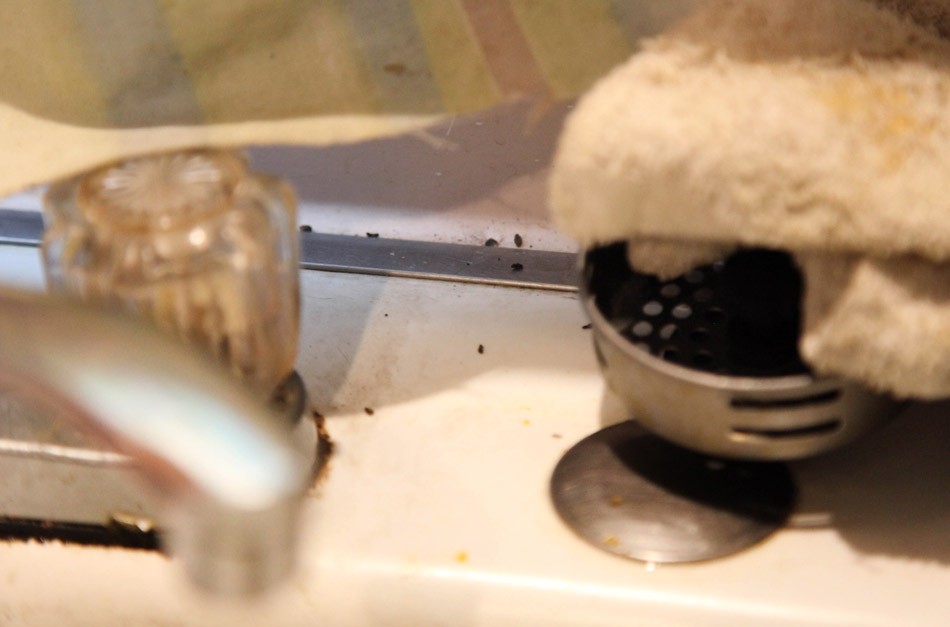 “This is a consequence of not taking care of the property over the long term, Mr. Viator,” Lopez said.

Addressing the court, Viator said the house was in foreclosure and expressed concern that if he could not collect rent and modify his mortgage he would lose the house. Monroe County records show that a bank did initiate foreclosure in 2017 but discontinued the process the following year. No active foreclosure case was apparent.

Lopez replied that if the house were to be taken away from Viator the court would address the matter at that time.

No cases in 15 years

The changes came at the request of then-Chief Judge Jonathan Lippman, who saw an opportunity for upstate city courts to take a more active role in housing matters.

Even though the law has been in place for almost 15 years, nobody in Rochester had tried to bring a case, Muoio said. City Court judges won’t be bound by Lopez’s decision in future cases, but the ruling will help attorneys build persuasive arguments in similar cases, he said.

Ryan Acuff, a housing activist and organizer with the Rochester City-Wide Tenant Union, cast the case as a huge victory for renters. It was a step toward providing renters with a clear process to compel their landlords to follow health and safety laws and meet basic living conditions. 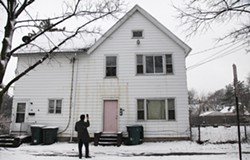 "We're not talking about people trying to take people to court to get luxuries,” Acuff said. “We're talking about basic health and safety conditions so people aren't living with infestations and leaks and mold and collapsing ceilings, and without running water or without heat."

Barger’s lawyer said she was pleased with the outcome, but that she worried Viator might ignore the court’s order. If Viator refuses to comply, however, the court can take additional steps to enforce its ruling, including jailing him.

A victory, but not enough

The new housing section within City Court that was recently established allows tenants to bring small claims against landlords and to have a judge hear the case as soon as legally permissible, usually 22 days after a claim is filed, state Supreme Court Justice Craig Doran, the region’s administrative judge, explained in announcing the section.

Small claims proceedings are important because they allow tenants to claw back rent money they have already paid for apartments that aren’t being maintained.

The section’s first case was filed Friday by Pamela Owens Dade, president of the tenants’ association for the Manhattan Square and Savannah apartments in the East End. She and other residents of the apartment complex have previously complained of serious problems, from lack of heat to severe mold issues.

The small claims proceedings in the housing section are supposed to be expedited and simple. Still, some landlords, attorneys, elected officials, and advocates said a more comprehensive housing court codified in law is necessary to bring consistency to and speed along housing cases. 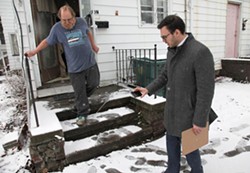 In the meantime, affordable housing advocates said they would like to see the process for court-ordered repairs streamlined. Barger’s case was adjourned on several occasions before it was decided, for example.

City Council member Jackie Ortiz, who worked with Legal Aid Society’s Muoio to initiate the conversations that led to the new housing section, pointed out that the section is just a pilot program. There is no guarantee it would last if court administrations change, she said.

“For me, this lays the foundation and the groundwork and the process for when an official housing court is codified by New York state,” Ortiz said.

A formal housing court would likely assume the functions of the new housing section as well as the long-standing landlord-tenant section. It would process small claims, hear cases for repair orders, and handle evictions, among other functions.

Assembly member Harry Bronson and state Senator Joe Robach each introduced bills to create a Rochester housing court last legislative session, but the measures never made it to the floor for a vote. Ortiz hopes she can convince Bronson and Robach — or someone in the Senate’s Democratic majority — to introduce the legislation again this year.

Acuff isn’t wedded to having a housing court in name. He’s most concerned about making sure tenants have access to effective, simple, and efficient processes that they can use to fight landlords who neglect their properties.

“For us, the key is tenants should have a clear process to bring their landlord to court as an individual and as a group and to get relief” such as repairs or monetary damages, Acuff said. The process should be “clear, simple, and fair.”

This story has been updated with a correction to the deadline the judge set for Linda Barger's landlord to make repairs and exterminate infestations. He gave the landlord 60 days to complete the work.