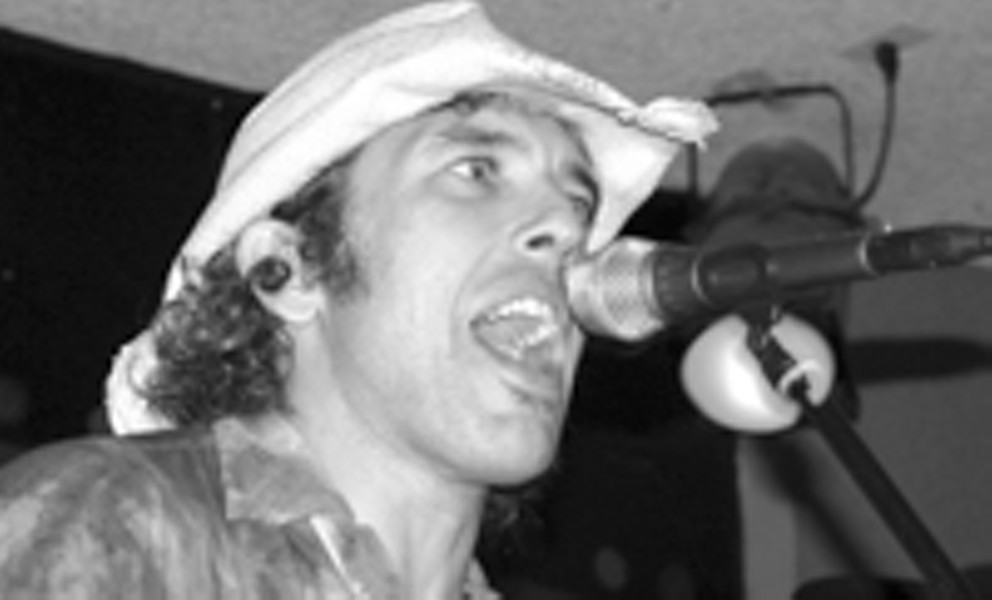 Monty's Krown has cleaned up nicely since I was last there. A lot of the grime is gone and there's a swank paint job that decks the walls --- walls that reverberated with what I hope is a new trend in Rochester music: alt-country. This Saturday night hootenanny was with Blue Jimmy, Burning Daylight, and Footage and the music was fantastic.

I walked in as Footage was walking off, their equipment in pieces.

Blue Jimmy's show is genuine roots-rock with just enough slick to hook fans who don't think they like roots-rock. Their four-part harmonies snake beautifully through the bluegrass and the instrumentation is tight. Guitarist and ex-GFI nob-twiddler Greg Gefell twangs like a Telemaster weaned on Travis and Gatton.

Warming the bandstand prior was Burning Daylight. This trio has some fantastic songs. Guitarist Nick Bullock handles his electric guitar with a more acoustic-strum approach, moving the open chords around the neck with an almost-sloppy, jangly ease. I could draw a parallel between these guys and the Old 97's but I wonder how many honkies around here would understand. That's why I'm supporting this new trend. I'm sure we can eventually pound it into the ground as well, but for now it's just goddamn exciting.

Among some of the colorful characters gnawing on the roots that night was Low Ton chief Andy Schmitz. It seems old Andy is starting up an acoustic alt-country outfit and naming it Old Boy. You heard it here first, sports fans. It's a trend, I tell ya.

In a cowboy hat that looked like it got stuck in the dishwasher, McGraw countrified a few covers like The Boss' "Fire" and "Pink Cadillac" and Hall & Oates' Sara Smile for the boot-scooters on the dance floor. McGraw certainly has crossover appeal with his rock-pop approach to country. That's because regardless of the beat or the amount of twang, everybody loves a smooth baritone with a hint-o-drawl.