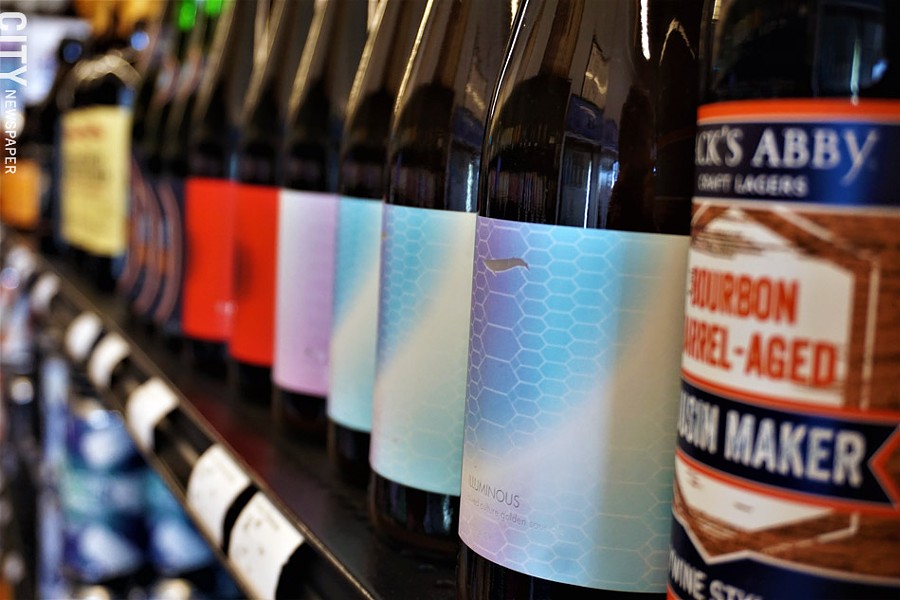 PHOTO BY GINO FANELLI One Stop has the largest selection of Queens' Finback Brewing in Rochester, as well as many other hard-to-find brews.

There's no need to jump through hoops to find a good beer nowadays. In fact, whether you're looking for a nice classic pilsner or a trendy milkshake IPA, odds are your local 7-11 has what you need, and if not, the ever-growing beer aisle at Wegmans has your back.

But for the more elusive cans and top-shelf suds, the bottle shop is still unrivaled. For those not in-the-know, one of the best bottle shops in Monroe County, One Stop Brew Shop, is tucked away in Erie Canal Commons on Ridgeway Avenue in Greece, sandwiched between a liquor store and a jeweler.

"We obviously, just by size, can't compete in quantity with the bigger shops, so we try to keep up this really high-quality, curated selection of beers," says owner James Hilbert. 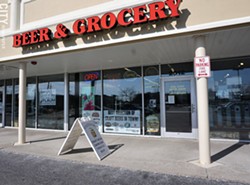 Hilbert, along with his brothers Steve and Anthony, purchased One Stop in October 2012 and began a push to create a small craft beer haven about five years ago. Steve and Anthony have since moved away from Rochester, leaving James in charge of much of the business, although he says they're still "very emotionally involved."

"I spent a very large chunk of my time researching beers, which brands, and was always looking at the new styles and new ways of brewing," Hilbert says.

So in a world so ripe with accessible beer, what makes One Stop special? Simply, you'll find some beers there you won't find anywhere else in Rochester. At One Stop you'll also find a dynamic, constantly revolving tap list, occasionally featuring one-off kegs from local darlings Fifth Frame Brewing and always a hearty dose of Other Half Brewing. All beers are available to take home in the classic 32-ounce crowlers and 64-ounce growlers, as well as in the slightly less common pint cans.

Every month or so, Hilbert and company head down to New York City to pick up beers from the likes of Finback, Folksbier, Fifth Hammer, and District 96 to resell at One Stop. Poughkeepsie's wild ale titan Plan-Bee was the first brewery Hilbert made the pilgrimage to, while Livingston's renowned Suarez Family Brewing is still at the top of his must-have list.

"It's cool doing this for so long that you're making connections with these breweries and the people there," Hilbert says. "It's a special thing."

What Ales me Beer spotlight One Stop Brew Shop