A darker Amanda Lee Peers comes into the light with 'Sinner'

Amanda Lee Peers sat in the kitchen of her north Greece home in a chair with a gaggle of helium balloons tied to the backrest. Sunlight streaking through the windows showered a vase of sunflowers. On the table lay party favors, remnants of a recent birthday celebration.

She was there to discuss a time in her life that she doesn’t like to talk about much; a dark time that flies in the face of the cheerful ambience of the room but fueled her much-anticipated six-song album “Sinner,” released late last year.

“This album explores the side of life I don't really talk about a whole lot,” she says. “It's the pain, the dark times, the struggles I've had . . . but also being aware of the light at the end of the tunnel.”

“Sinner” is a stark departure from her previous “Summertime State of Mind,” an upbeat acoustic-laced EP released two years ago that emanated what she calls a “kid-friendly” sound. Her latest work is unapologetic in its raw emotion. More eclectic, more electric, more punch. Its intensity leaves the listener out of breath.

It is the kind of art inspired by plumbing the depths of the soul, and reflects a transformation in Peers, both musically and in her appearance, that those who only remember her as the fresh-faced, girl-next-door who sang pop tunes on NBC’s “The Voice” nearly seven years ago now might be surprised to see.

Peers, 35, has traded in her signature flowing goldilocks, a hairstyle she says she felt “owned” her, for an edgy, close-cropped do. The tattoos she wore on her upper arms have crept to her fingertips. “Paradise” is tattooed across her knuckles in blue ink. A skull is on the back of one hand. 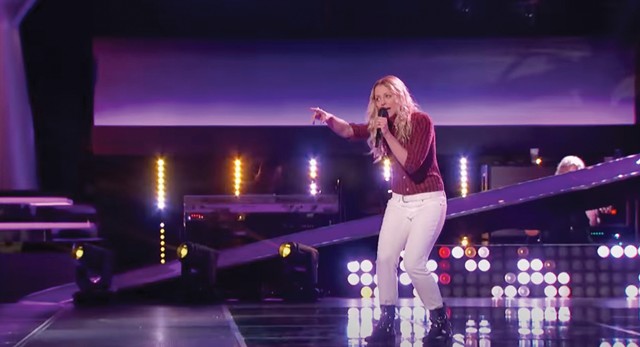 But the feelings and the darkness that inspired her, she says, had been there, latent and lurking. Perhaps ironically, it was “The Voice” that helped surface what had been suppressed, specifically in her sharing with the television audience her story of growing up in a Christian household where, as she puts it, “being gay wasn’t part of the plan.”

The show was entertainment, first and foremost. The producers wanted interesting stories.

“I kind of had to figure out what my story was, and they helped pull that out of me,” Peers says. “I didn’t want to be the token lesbian on the show, but they made me realize it was an important story to tell. . . . I definitely left the show a different person.”

More than one cut on “Sinner” hints at heavy topics and the emotional weight they carried for Peers. Take just the opening lyrics of “Cruel Joke,” the fourth track, for instance:

So long, farewell, goodbye, I guess I’m going to hell/ ‘Cause it’s too late for me/ I can’t be who you want me to be.


“Blood on the Strings,” the second track, is a full-throttled march of redemption and power. But it doesn’t come off forced, and her voice is propped up beautifully above the production.

All these feelings I’ve buried/ Is looking like a cemetery/ They coming back from the grave/ Calling out my name/ Better say a Hail Mary.

These songs, and the emotion they evoke, didn’t come easily to Peers. They took years to be coaxed into the light. Even as she recorded “Summertime State of Mind,” she wasn’t exorcising what she felt needed to be exorcized.

Stuff needed to happen. Peers needed to confront her past, her religion, even her family. She married her partner, Sandy Peers, in 2017. A year later, Sandy died.

“Sandy always pushed me to keep going and not to give up on music,” says Peers, who dedicated “Sinner” to her late wife. “I'm not sure if we'd be having this conversation now if it wasn't for her.”

Peers delved deep into her past. She recalled being 19 and word getting around her church, the Open Door Baptist Church in Churchville,  that she was gay. When the news reached the pastor, she says, he kicked her out of the church band and told her she would have to seek counselling for her sexual orientation.

It was a difficult spot for her and her parents. “They didn’t agree with how it was handled,” Peers says. “But it was something that really wasn’t talked about with my parents at the time.”

Then came success on the local music scene with the experimental rock-roots band The Driftwood Sailors. The bluesy Peers-led project packed it in with its full-length album “White Hoses & Black Jeans” in 2012, but taking the necessary time off the day job to tour was too demanding at the time.

Peers went solo and caught the eye of the “The Voice” producers with a cover of Bill Withers’ soulful “Ain’t No Sunshine When She’s Gone.” The headiness and celebrity of the show, which included being on Grammy-winning artist Gwen Stefani’s team, was followed by “Summertime State of Mind,” a romp with ballsy beats, funky flourishes, and a good-time vibe.

She later cut off her hair. For a time, she packed in touring. After her wife died, she rededicated herself to making music. All the while, she underwent a metamorphosis from a religious person to what she calls “a spiritual person.”

Still, as she says, “The dark wasn’t getting out. I don’t think I was ready to explore it.”

To mine the darkness, Peers sought the help of producer Sam Polizzi and Johnny Cummings. Their Rochester recording studio Sound Notion has recorded artists like Lou Gramm, Chris Daughtry, and Roses & Revolution, and worked on television shows and commercials.

Polizzi says he could sense that Peers was scratching for something below the lighthearted fare of her earlier work, and helped her bring out the songs that would eventually become the catharsis for her that is “Sinner.”

“I could tell she wanted to go in a different direction than she had in the past with her music,” Polizzi says. “Once we chose the songs, working with her felt like we had known each other forever. We were always on the same page.”

A delight of “Sinner” is the job Polizzi and Cummings did highlighting Peers’ voice, careful not to overdo the sugar-coated studio stunts.

“She was open and loved to experiment with ideas,” Polizzi says. “Actually, her talent made it easier to capture the sound. What was hard about it was making sure the production was as good as she is.”

Tour dates booked in Arizona, California, Colorado, and Florida to showcase her work had to be postponed due to the pandemic. Now, Peers says she’s focused on making music and planning her next studio recording. Just her and her guitar, her first love for which she was never made to feel guilty. 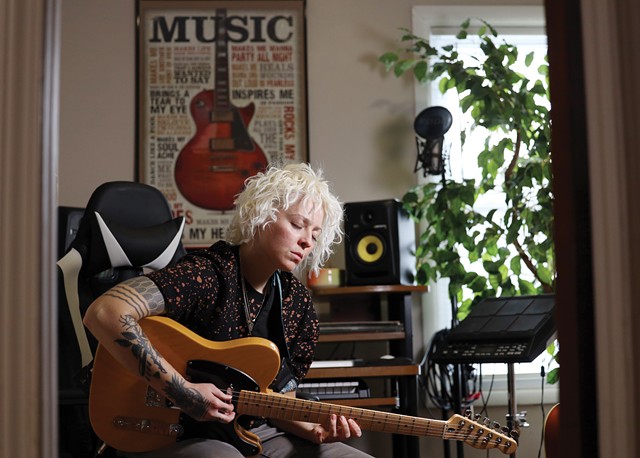 She knows, too, that love of any kind is something for which no one should feel guilty. What, then, was her sin?

“What isn't my sin?” she says. “It’s just being a human and I kind of more or less wanted to name the EP that because A, we’re all sinners in the Biblical sense, and B, it was kind of more like I felt I was being branded as a sinner at that time.