The pandemic has effectively canceled conventional live concerts, and with it, entire concert programs for the 2020-21 season. Rochester’s classical music organizations have scrambled to find alternatives to their programming.

“We can put together all the plans that we want, and be prepared to pull the trigger on those plans, but we can’t actually execute on them unless venues are available, and guidelines on gathering size and events allow them to take place,” Rochester Philharmonic Orchestra President and CEO Curt Long says.

The conundrum is this: Delivering quality music to audiences while also prioritizing their safety, and that of the musicians.

For the Rochester Philharmonic Orchestra’s official 2020-21 concert season, previously planned concerts from September through November — from the Philharmonics, Pops, OrKIDStra, and Sunday Matinee series — have been canceled and will not be rescheduled. In their place will be a series of five streaming concerts. Philharmonics programs for September 24, October 22, and November 5 (including works by Mozart, Beethoven, Fauré, and Copland) will be conducted by Music Director Ward Stare, and two Pops concerts on October 24 and November 7 will be led by Principal Pops Conductor Jeff Tyzik. The cost to attend these online performances is $10 per login/household.

The special presentation “‘Harry Potter and the Goblet of Fire’ in Concert,” originally planned for September 18 and 19 at Kodak Hall, has been set for March 12 and 13, and “‘Harry Potter and the Order of the Phoenix’ in Concert” will now take place in the summer of 2021. Other canceled “Specials” concerts for the spring and fall of 2020 are set to be rescheduled as part of an extended 2021 RPO Outdoor Summer Season.

When it comes to what the RPO’s prospective live concerts would look like this season, there are some definitive answers. No performance will last more than 75 minutes, and in order to limit the opportunity for the virus to be easily transmitted, there will be no intermissions. Woodwind and brass players, for example, are more likely spread and contract the virus through both droplets and aerosolized particles. Because of this, medical professionals advising the orchestra are recommending 10 to 12 feet of physical distancing between these particular musicians and other players, Long says.

RPO subscribers for the 2020-21 season will be charged a prorated amount to their accounts, and will have multiple options for how to use that account balance, including donating to the RPO as an annual fund gift, putting the money toward the purchase of streaming performances, and the deferral of subscriptions or money on account until the 2021-22 season. Single-ticket purchases for canceled 2019-20 concerts can also be credited to the account balance. Refunds are also available on request.

For the Eastman School and its dean, Jamal Rossi, as the new school year and its accompanying concerts begin, the responsibility of providing a safe environment is to the music students and University of Rochester’s academic community, first and foremost.

For this reason, Rossi says, Eastman’s concert programming will be significantly reduced this season. Eastman Presents performances, including all concert series featuring guest artists, have been canceled. Only school ensemble concerts (by the likes of Eastman Wind Ensemble, Philharmonia Orchestra, Eastman Jazz Ensemble and more), as well as student and faculty recitals (including performances by jazz trumpeter Clay Jenkins, pianists Marina Lomazov and Joseph Rackers, and brass player Mark Kellogg) are scheduled.

As for attending the concerts, only the university and music school’s students, faculty, and staff will be permitted to attend in person. Attendees will be required to complete a COVID-19 screening prior to arriving on campus. If someone has symptoms, contact tracing will be initiated and the individual will be advised to stay at home.

The public at large will be able to experience all concerts for free via livestream at esm.rochester.edu/live.

The Eastman School, like the RPO, is maintaining a distance of 10 to 12 feet between brass and woodwind players and other musicians. Among woodwind players, flutists will be required to maintain an even greater distance. For singers, including Eastman Opera Theatre (EOT) students, guidelines are similarly specialized. Vocalists will need to maintain a minimum of 12 by 12 feet of distance, Director of Concert Activities Michael Stefiuk says. Rossi points out that vocalists will wear masks while singing.

This fall, Eastman Opera Theatre will present a multimedia program, planned tentatively for November or early December, called “Our Voices: Immersive Composer Collaboration.” As the title implies, student singers will work with some of the top contemporary opera and vocal composers, including Missy Mazzoli and Ricky Ian Gordon. EOT will present the program “Postcard from Morocco” in February.

Prior to the impending 2020-21 season, the local Baroque music organization known as Pegasus Early Music had already rescheduled its planned performance of the opera “L’Orfeo” by Claudio Monteverdi for August 19, 21, and 22 in 2021. 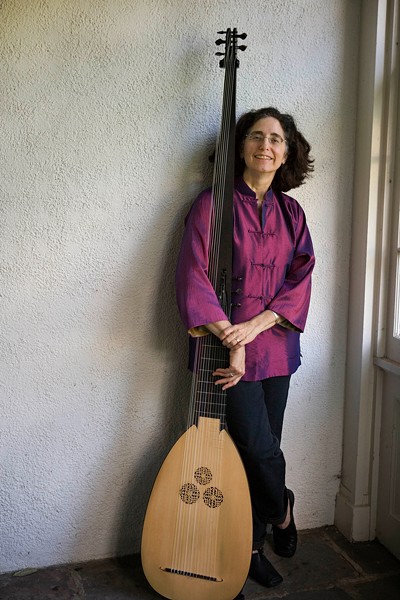 Pegasus and its founder and artistic director, the lutenist-theorbo player Deborah Fox, have since pivoted for its offerings this fall season as well.

A series of four prerecorded online events — all of which will be free — will run once a month from September through December. Information about how to access these events can be found at pegasusearlymusic.org. Donations will be encouraged.

Two solo recitals will feature the performances of internationally renowned early music specialists based in Rochester. On September 25 and 27, premiere lutenist and Eastman professor Paul O’Dette will present “Dowland’s Grand Tour,” a program based on the life of John Dowland, featuring his music as well as that of his contemporaries throughout Europe. Concert presentations on November 20 and 22 will showcase the playing of Baroque cellist Beiliang Zhu, who will perform a transcription of a Bach violin partita on the five-string cello, in addition to other Baroque compositions.

This season, Pegasus Early Music will also present two non-concert events that take a deep dive into the world of early music composers and the works they created. On October 16 and 18, Baroque oboist and Eastman professor Geoffrey Burgess will talk about and read from his forthcoming early music novel, “Thorn of the Honey Locust,” about oboist and Bach collaborator Caspar Gleditsch and his son, who was a famous horticulturist. On December 11 and 13, Fox will present “At the Court of the Sun King,” a multimedia exploration of the trailblazing composer and harpsichordist Élisabeth Jacquet de La Guerre.

Society for Chamber Music in Rochester

The Society for Chamber Music in Rochester (SCMR), led by co-Artistic Directors Juliana Athayde and Erik Behr, plans to resume its live concerts in February, with three performances (also available virtually) in next spring, pending the feasibility of doing so safely. 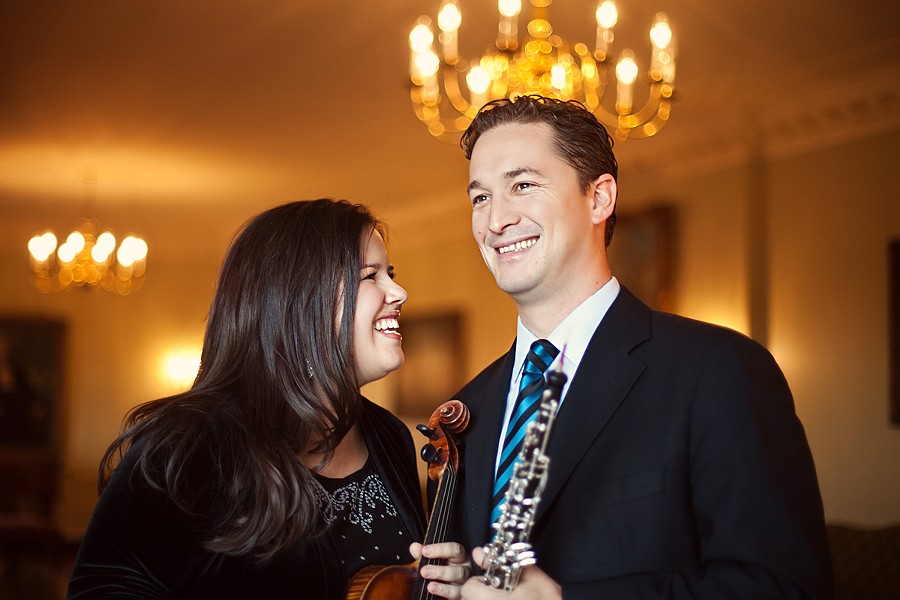 In the meantime, two virtual concerts are planned for this fall. The hope is that these online offerings will allow SCMR to dig into the music in greater depth — interviews, analysis of musical scores, and other “behind-the-scenes details than they would typically do in a traditional concert, Behr says.

When the Society’s chamber music concerts do return, mask-wearing and physical distancing will be part of the equation, Athayde says. Other considerations include the possibility of shorter, 45-minute performances without intermissions, as well as cordoning off seating to enforce distancing.

Choosing the right performance venues is critical to this deliberate approach. Prior to the pandemic, SCMR had a partnership in place with Nazareth College to present concerts in the Glazer Music Performance Hall. That arrangement, as of publication, is stalled due to current state restrictions on performance venues, Behr and Athayde say.

Should these performances move forward, the 550-seat venue may be an ideal fit for COVID-era concerts. “Before we were thinking, ‘Oh, it’s not intimate enough,’” Behr says. “Now we’re thinking, ‘Great, it’s a big hall. Let’s go play there.’”

When SCMR does present its programs, this season’s concerts will include the spotlighting of local composers — as well as a more focused effort to present music by women and composers of color, including Mazzoli, Jessie Montgomery, Libby Larsen, George Walker, and William Grant Still.