A chronology of classics

Rochester's classical music scene for the coming season offers, as always, a great deal of variety and a high level of quality. How to sort it all out? Maybe as good a way as any is chronologically, by repertoire...starting several centuries back. 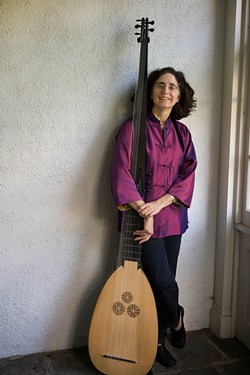 Pegasus Early Music, under its enterprising director Deborah Fox, has presented consistently outstanding concerts of "early music" for many years now. Pegasus has an interesting ensemble of guest musicians and a dedicated following. Its 2019-2020 season begins on September 22 with "Viol3," a concert devoted to music for the viol (a sweet-toned predecessor to the cello). And the musical discoveries continue through the year, traveling from 14th-century Italy to 19th-century Germany. Each Pegasus concert is preceded by a talk which puts the music and the performance in perspective. Individual tickets start at $28 and season subscriptions are available starting at $130. 703-3990; pegasusearlymusic.org. 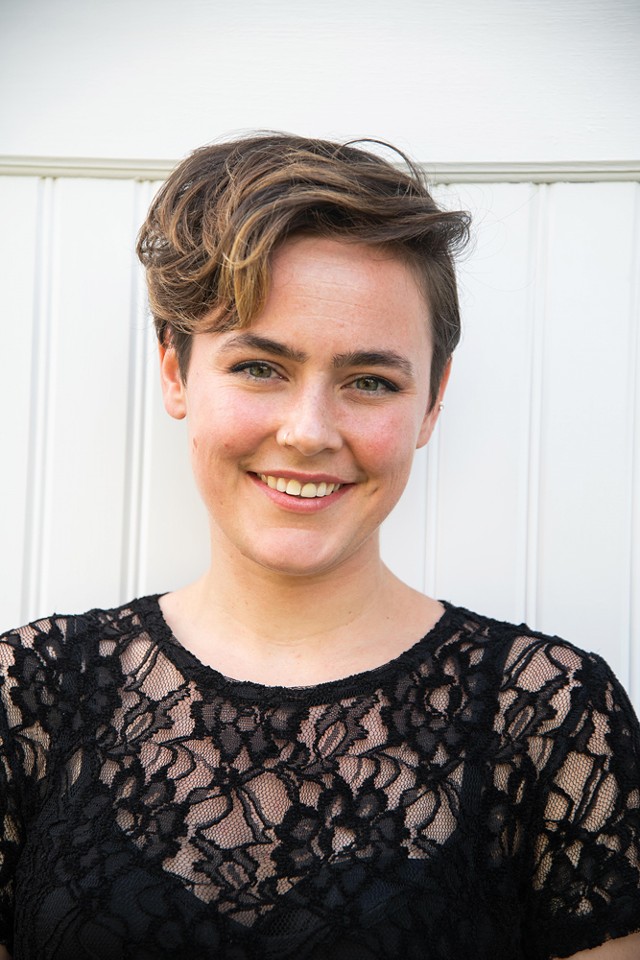 Rochester's early music scene is also indebted to Publick Musick and Musica Spei, which continue to bring the infinitely rich and imaginative instrumental and vocal repertoire of music before (and sometimes shortly after) Bach to life. To begin its season on October 27, Publick Musick presents "Dido in Italy and France," an interesting themed concert of Baroque music inspired by the Aeneid's tragic Queen of Carthage — not by the British Henry Purcell of "Dido and Aeneas" fame, but by Monteclair and Pasquini. General admission tickets for each performance are $20. 244-5835; publickmusick.org.

Other local choral ensembles bring the musical offerings well into the 21st century. Besides a holiday "Messiah" with the Rochester Philharmonic Orchestra (December 12), the Rochester Oratorio Society performs a November 1 program of settings of the "Magnificat" text and its own holiday concert, "A City Sings for the Season" (November 24). 473-2234; rossings.org. Madrigalia also kicks off its season with a traditional holiday concert December 13, 14, and 15, at three different locations. 234-4283; madrigalia.org.

For its opening concert on September 29, the Society for Chamber Music in Rochester comes out swinging with one of the great works of the Romantic chamber music repertoire, Brahms's Clarinet Quintet, which for good measure will feature Michael Wayne, the Eastman School of Music's new clarinet professor and Boston Symphony Orchestra clarinetist. In typical SCMR fashion, this favorite work is paired with less-heard gems, in this case by Hugo Wolf and Hans Gál. The remainder of the season features music of Bartók and an intriguing number of French composers: Saint-Saëns, Milhaud, Debussy, Poulenc, and more. Individual tickets are $35; season subscriptions are $150. 624-1301; chambermusicrochester.org. 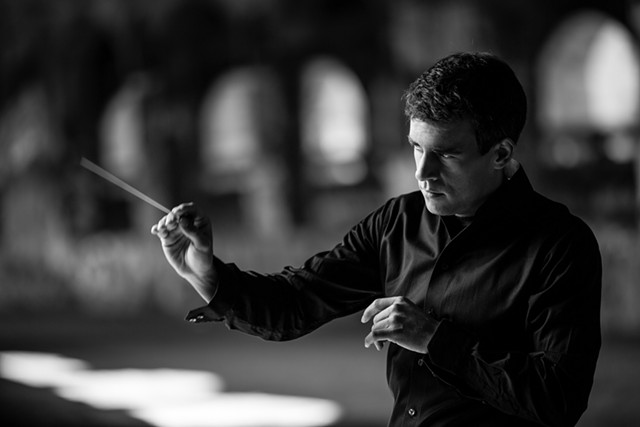 The Rochester Philharmonic Orchestra's 2019-2020 season will be Music Director Ward Stare's second-to-last, and from the repertoire standard at least, it's pretty interesting. On September 19 and 21, Stare leads a program curated for the Rochester Fringe Festival of music by Mason Bates, Cindy McTee, Steve Reich, and John Adams, and that's just the opening concert of the season. (It also features a notable soloist in violinist Leila Josefewicz, playing Adams' "Scheherazade .2".)

The RPO will offer plenty of music by Tchaikovsky and Beethoven and friends (and oddly enough, only one work each by Mozart and Haydn), and Stare will continue his annual explorations of symphonies by Mahler (the First, on May 28 and 30) and Shostakovich (his Eleventh, "The Year 1905", on April 30 and May 2). But also on the roster are Arnold Schoenberg, Alban Berg, and Anton Webern, three composers you almost never encounter on American symphony concerts. The lineup includes Berg's Violin Concerto, one of the great 20th-century works, which I don't think I have ever seen programmed by the RPO (with violinist Tessa Lark, November 7 and 9).

Compositions by women play a larger-than-usual part in this year's RPO lineup, with representation from Lili Boulanger, Germaine Taillefaire, and Galina Ustvolskaya. Also making her long-overdue RPO debut is Susan B. Anthony, the main character of Gertrude Stein and Virgil Thomson's marvelous, mind-bending opera "The Mother of Us All," which will be presented in concert on February 6 and 8, with Ward State conducting. The singing Susan B. will be complemented by the previous week's "Women's Suffrage: Past and Present", a new theater piece with music by Mark Mobley.

Eastman School of Music's 2019-20 concert offerings are as rich and varied as ever, from a steady stream of student and faculty concerts to performances from high-profile guest artists. The "Eastman Presents" season, comprising mostly visiting musicians, includes the Kodak Hall Series of headlining acts. As always, there are also the stylistically diverse Kilbourn Concert Series, the Eastman-Ranlet Series dedicated to string quartets, the virtuosic Eastman Piano Series, and the evocative Barbara B. Smith World Music Series. If you had to choose just concert from each of these four series, here are our recommendations.

The Barbara B. Smith World Music Series has consistently introduced Rochester concertgoers to intriguing instruments from non-Western music traditions and the expressive capabilities that those instruments have. Saskia Rao-De Haas will present the cello in the context of the North Indian classical music tradition when she joins her husband, the sitar player Shubhendra Rao, for a September 26 concert at Hatch Recital Hall. Rao-De Haas's custom Indian cello, made with additional strings, provides a robust lower range to balance Shubhendra's pungent melodies and ambient-drone harmonies. The combination of timbres creates a multi-textured brand of Indian classical music and demonstrates the music's connection to the European classical tradition. $26.

The 2019-20 Eastman Piano Series kicks off with not one but two top-flight pianists, performing in tandem. The young Russian pianist Daniil Trifonov has been on the rise for several years but has recently come into his own, becoming the 2016 Gramophone Artist of the year and a Grammy Award winner with an album devoted to the works of Liszt. On October 2 at Kilbourn Hall, Trifonov will be joined by his mentor, the Armenian-American pianist Sergei Babayan, whose illustrious career of more than 30 years has included collaboration with conductor Valery Gergiev, pianist Martha Argerich, and some of the world's most prominent orchestras. Performing lesser-known works for two pianos by composers such as Chopin and Rachmaninoff, Trifonov and Babayan share a sparkling synchronicity and a sensitivity to melodic phrasing. Tickets start at $31.

Time for Three is a dynamic acoustic trio with a penchant for destroying genre distinctions. Violinists Nick Kendall and Charles Yang, along with double bassist Ranaan Meyer, connect the dots between seemingly disparate works like Vivaldi's "The Four Seasons" and Britney Spears' "Toxic." It shouldn't work, but Time for Three's indefatigable energy and undeniable virtuosity are enough to transcend the stylistic dissonance. It's crossover music for serious classical fans, with rock, folk, and blues influences all part of the mix, as the group comes to Kilbourn Hall on October 10 as part of the Kilbourn Concert Series. Tickets start at $32.

The Eastman School has achieved a genuine "new music" coup by bringing in the hugely influential vocalist and composer Meredith Monk for "Dancing Voice/Singing Body: a residency with Meredith Monk & Vocal Ensemble," from October 20 through 23, at various Eastman locations as part of the Glenn Watkins Lecture Series. A leading light of the American avant garde since the late 60's, Monk has created myriad vocal works, operas, and musical theater pieces, frequently using hocketing (in which the notes of a phrase are alternated between multiple singers) and "extended vocal techniques" such as tongue clicking and other non-verbal vocalizations. Monk's music is highly tonal, abstract, and meditative. Her appearances during the residency will include multiple workshops as well as a performance of "Cellular Songs" on Monday, October 21, by Meredith Monk & Vocal Ensemble. Events are free unless otherwise noted. 274-1000. esm.rochester.edu. [UPDATED 9/19/19]

The New York City-based Aizuri Quartet is an emerging ensemble at the forefront of the contemporary string quartet scene. In residence at the Metropolitan Museum of Art for the 2017-18 season, the quartet went on to become the Grand Prize winner 2018 M-Prize Chamber Arts Competition. Violinists Ariana Kim and Miho Saegusa, violist Ayane Kozasa, and cellist Karen Ouzounian have commissioned and premiered works by such important contemporary classical composers as Caroline Shaw, Lembit Beecher, and Gabriella Smith. Aizuri also plays the music of the past, including that of Haydn, Beethoven, and Sibelius. The quartet will bring precision and fresh intensity to its March 29 performance at Kilbourn Hall, as part of the Eastman-Ranlet Series. Tickets start at $29.

Visit eastmantheatre.org or call 274-3000 for more on Eastman School of Music's ticketed concerts. Discounts available for students, faculty, and staff.