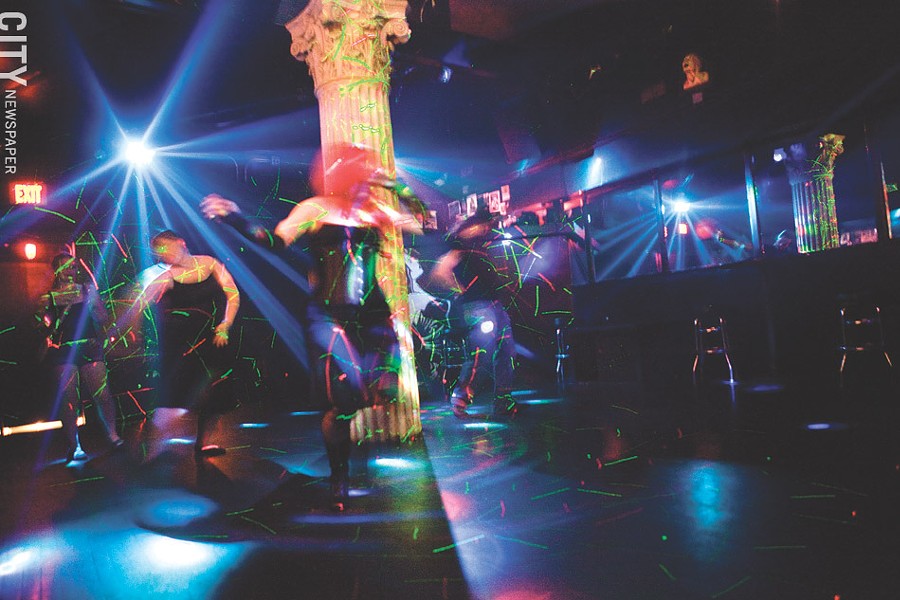 Whether it was Madonna, David Bowie, The Violent Femmes, The Cure, or Siouxsie and the Banshees, a specific music ruled the airwaves and the clubs back in the 1980's. Now these singers and bands are household names, but at that time, they hadn't yet broken into mainstream culture. Today, the sound of the 80's continues to be widely enjoyed, both by people who lived through those years and by those who weren't yet born. A handful of Rochester bars and clubs regularly host 80's nights, including a long-running series at Vertex Night Club.

Cedric Herrera has been hosting 80's New Wave Night at Vertex for 14 years. Vertex is an eclectic alternative dance club that has been around for decades and is, in fact, one of the oldest-running, dedicated alternative clubs in the country. It is also a place where you can usually hear some 80's music any night the club's open (Thursday through Saturday; some Wednesdays). Steve Prinsen — also known as DJ Darkwave — estimates that he plays between 20 and 30 percent 80's music on any given Saturday night, but once a season — on the third Friday of September, December, March, and June — Herrara is all over that decade. Vertex will host its next 80's New Wave Night on Friday, December 19, 10 p.m. to 3 a.m.

"The 80's never seem to get old," Herrera said. "Some of these kids that come out for 80's night weren't even born when this music started. It trips me out. A few really get into it and come dressed as Madonna or sporting Flock of Seagull hairstyles. I often wear a suit and skinny tie."

Herrera plays everything from New Wave, punk, industrial, and danceable pop to reggae and rockabilly. On one of his nights you're likely to hear "Sweet Dreams" by the Eurythmics, "Never Say Never," by Romeo Void, and "Don't You Want Me, Baby," by Human League. Herrera also takes requests.

Vertex has two floors, with a bar on each, and a large patio outside. Black walls, mirrors, and dark art cast a Gothic glow over the place that is embraced by regulars as a chance to don corsets, vintage dresses, and black leather pants. This is a club that's fun to dress up for, but by no means required. The top floor is mostly dance space with a large screen over the dance floor showing music videos and, sometimes, the odd horror flick. A smoke machine adds a note of intrigue as the lights swirl around the dancers and the music beats from the speakers. Dancing at Vertex is as original as its patrons — anything from hardcore punk to moving with LED props.

Drinks at Vertex are so cheap that there are no specials. Labatt Blue and Blue Lite and Genesee Cream Ale are always $2. Well drinks are just $3. Upstairs bartender Erik Larner is as good-natured as they come and knows most of his clientele by name. His drink, "Delicious," tastes just like a tangy Jolly Rancher candy or his "Erik Special" which involves rum and tropical fruit juices.

"The older crowd loves it for the nostalgia while a lot of the younger generation seems to know the music because of their inclusion in video games," he said. "Overall, I think most people realize the music was different and, in the end, they just want to hear something new — even if it is old."