December 02, 2019
Nearly 40 years since the first cases of what became known as AIDS were reported in the United States, a new study reveals stigma toward HIV-positive people is widespread among Americans too young to remember the early days of the epidemic – and the public education campaigns around the disease.

More than a quarter of HIV-negative millennials have avoided hugging, talking to, or being friends with someone with the virus, and almost a third said they would prefer not to interact socially with someone with HIV, according to the study.

The study, sponsored by the pharmaceutical company Merck and the Prevention Access Campaign, surveyed nearly 1,600 Americans between the ages of 18 and 36.

Among members of so-called Generation Z, those respondents aged 18 to 22, the study found that 41 percent classified themselves as either “not at all” informed or “only somewhat” informed about HIV. Less than a quarter of millennials, 23 percent, felt the same. 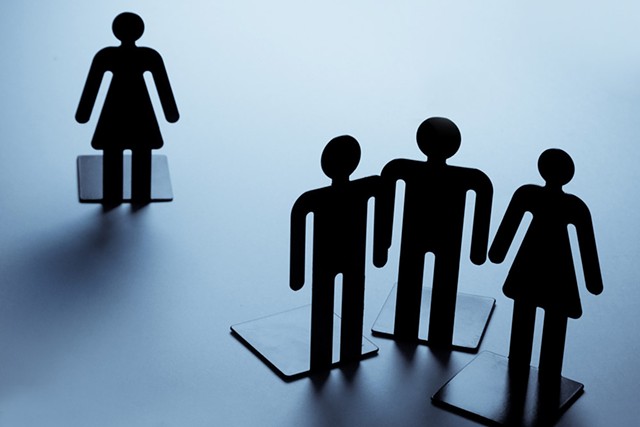 The results may seem counterintuitive given the advances in HIV education and treatment over the decades, but people working in the field were not surprised.

Cameron Kinker, a community engagement coordinator for the Prevention Access Campaign, said the distance between the youngest generations of adults and the height of the AIDS epidemic can provide a breeding ground for misinformation.

“I’ve been aware that a lot of this is in the ether, but actually having the data points will help us come up with new opportunities to educate people,” Kinker said.

Sam Jett, who works as a prevention navigator at Rochester’s Trillium Health, said stigma is generational.

“It gets passed down, and when you don’t actively counter it, it gets re-established in every generation,” Jett said.

The number of new HIV cases in New York has fallen in recent years and leveled off nationwide at about 39,000 diagnoses annually after years of steady decline, according to the Centers for Disease Control and Prevention.

The CDC reports the decline has plateaued because effective HIV prevention and treatment are not reaching those who could benefit from them most.

Peter Sklar, Merck’s director of clinical research, said many doctors need to be better at informing patients about HIV.

“We have a lot of work to do to get clear messages out there,” Sklar said. “We need to not just be telling people information but making sure we deliver it in a manner that sticks.”

William Valenti, Trillium Health’s co-founder and current innovation chief, said communication about HIV needs to meet people where they are. 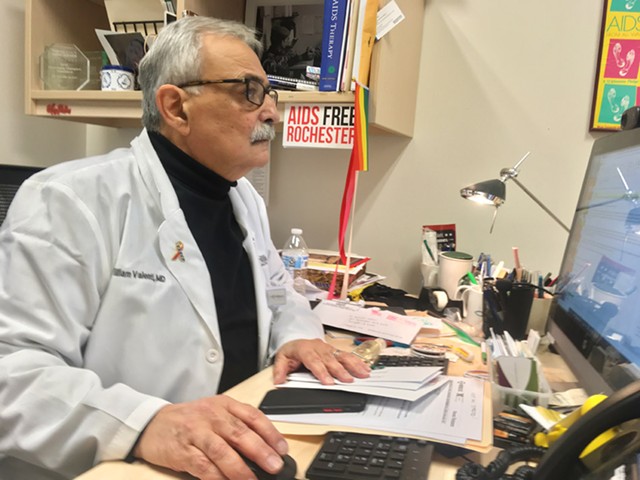 HIV can only be contracted by coming into direct contact with certain bodily fluids, like blood and semen, of a person with a detectable viral load, according to the federal Department of Health and Human Services. The virus cannot be spread through casual contact or saliva.

Valenti said one of the most important messages for people to hear is “U equals U”: Undetectable equals untransmittable. But, he added, taking medication correctly and consistently can be challenging.

“There’s more to taking medicine than my handing the patient a bottle of pills and saying ‘Come back in a month,’” he said. “There are social issues, such as mental health, housing, health insurance, employment issues, transportation, family issues — the kinds of things that determine whether a patient is able to stay on treatment as directed.

Part of Jett’s job at Trillium is working to keep patients on track — or to stop them from becoming patients in the first place. He said the continued stigma around HIV makes that difficult.

“Stigma around, like, HIV, or even, just, like, sex and sexual health in general, will keep people from seeking education, seeking services — a lot of times out of fear,” Jett said.

Brett Dahlberg is WXXI’s health reporter. WXXI is a media partner of CITY. Dahlberg can be reached at bdahlberg@wxxi.org.