September 01, 2021
Rochester has long been a stop for national headliners and remains fertile ground for producing local gems. After an autumn without live music, we’re heading into a concert season with lots of in-person shows.

But these six stand out for their top-quality talent and reasonable ticket prices. From local musicians poised to make it big, to prominent indie and hip-hop artists, these concerts are the best guilt-free options for music lovers on a budget. When it comes to value, these show tickets virtually pay for themselves.

Be sure to check out CITY’s events calendar, both in print and online, for the latest listings. And don’t forget to visit venue websites for the latest COVID guidelines.

Naples multi-instrumentalist Aaron Lipp isn’t a household name . . . yet. But he’s one of the best musicians in the Finger Lakes. A prolific country-bluegrass artist, he plays frequently with singer-songwriter Oliver Wood of The Wood Brothers, and was a touring member of Robert Randolph & The Family Band.

Lipp’s technical chops and musical expressivity are undeniable, whether he’s performing with one of his several bands — such as The Slacktones or Temple Cabin Bluegrass Band — playing a rollicking set with upright bassist Brian Williams, or going solo, like he will at this free afternoon show at Canandaigua’s bucolic Lincoln Hill Farms.

He’ll also play the album release show for his forthcoming record “Nothing to Lose” on September 25 at Steuben Brewing Company in Hammondsport, so it’s a fine time to catch him. If you have a chance to hear Lipp play live, drop what you’re doing and make it happen. 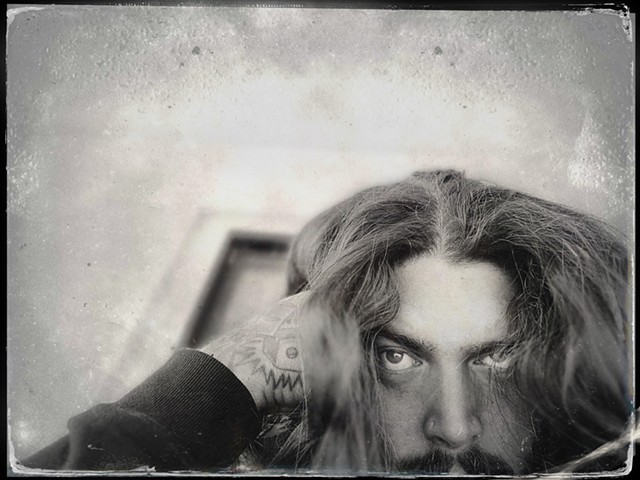 Danny Kiranos — aka Amigo the Devil — and his goth-Americana murder ballads are well known to Rochester audiences, but it’s always a delight when the macabre singer-songwritercomes to town. His sound is like acoustic music for metalheads. Kiranos is a masterful storyteller whose skills shine through in his creepy love songs shadowed by death and the ominous possibility that tragedy could strike at any moment.

Amigo the Devil’s latest album, “Born Against,” finds the artist adding more instrumental color to his sonic palette for a fuller, more epic production. But the delightfully dark songs remain. If you prefer your folk music full of seedy characters and horror-laden stories, look no further than Amigo the Devil.

Rochester’s soul-singing wonder Danielle Ponder has had a hell of a run the last couple years. After more than a decade of wowing local audiences, Ponder broke onto the national scene in a big way when she caught NPR’s attention as a standout in its 2020 Tiny Desk Contest. Plenty of press coverage and a spot on the Newport Jazz Festival’s 2021 lineup followed.

While basking in the much-deserved spotlight, the dynamic, powerhouse vocalist remains rooted in the local music scene, and has played shows throughout the region since the quarantine lifted. Now is a great time to catch Ponder perform, before her rising star makes her Rochester-area shows much more rare. And the highly regarded Hollerhorn Distilling in Naples is a great environment to see a top-flight concert.

Jam band fans, rejoice! On the eve of Halloween, Aqueous — the popular indie rock band with improvisational tendencies — plays not one, not two, but three sets at Anthology. This band knows how to groove, and can shift effortlessly through ’60s psych rock, funk, reggae, alternative, and prog rock.

The quartet’s catchy, hook-laden songs are the perfect soundtrack to a blissed-out sound experience. With more than three hours of music all but a certainty, to say you’ll get plenty of musical bang for your buck is an understatement.

Of Montreal’s show at the newly reopened Water Street Music Hall in November might qualify as the most pleasant surprise of the fall music lineup in Rochester. The indie pop cult darlings, led by avant-pop mastermind Kevin Barnes, emerged from its cocoon like a weird, psychedelic butterfly in the mid-2000s, winning the hearts and minds of fans and critics with the technicolored, synth-laden albums such as “Satanic Panic in the Attic,” “The Sunlandic Twins,” and “Hissing Fauna, Are You the Destroyer?”

Despite multiple changes to its touring lineup over the years, the quirky surrealism and freaky fun for which Of Montreal is known are alive and well. Its new 20-track album, “I Feel Safe with You, Trash,” retains the band’s signature dizzying, kaleidoscopic soundscapes and idiosyncratic chord changes, but adds a direct, concise pop-song sensibility to the madness. Music aside, Of Montreal is famous for its outlandish stage shows, which border on performance art spectacles. You’ll regret it if you miss this gig.

Arguably the hottest concert of the fall season, this triple bill of rap royalty at Main Street Armory is a must-see show. Superstar emcees Raekwon, Ghostface Killah, and GZA — all original members of the legendary hip-hop crew Wu-Tang Clan — share the bill, bringing indefatigable flow and poise to boom-bap beats that hit deep. You’d be hard-pressed to find a more important hip-hop group than Wu-Tang Clan, the influential Staten Island outfit that emerged in the early ‘90s. Since then, Wu-Tang hasn’t loosened its grip on rap, or pop culture as a whole for that matter. All three Wu-Tang rappers have recent releases whose complementary live performances were sidelined by the pandemic: the 2021 singles “Bring Dat Doe” and “Enemies” by Raekwon, the 2020 singles “The Mecca” and “Feds” by Ghostface Killah, and GZA’s 2020 EP “Halloween Assassin.” Even at $40 and $55 price points, it’s a bargain to see a trio of original Wu-Tang Clan members take the stage together. Don’t sleep on this show.