By Madelyn Geyer and Ellen Mintzer 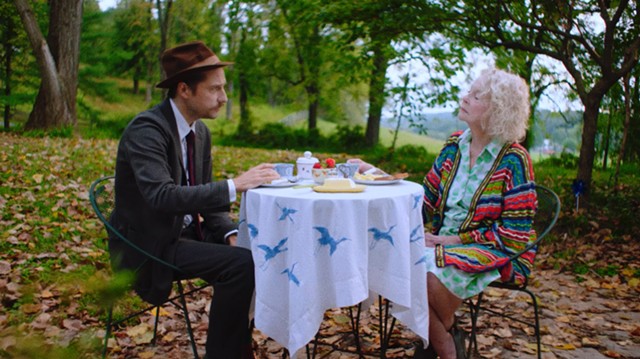 In the independent film “Strawberry Mansion,” it’s 2035, and we must pay taxes on our dreams. The movie follows one world-weary tax collector, James Preble (Kentucker Audley, also the co-director), who is launched into an unexpected adventure when he audits the dreams of a peculiar old woman who’s evaded taxes for years.


CITY spoke with co-director Albert Birney about the film’s Rochester origins, his cinematic inspirations, and the magic of VHS tapes. The interview has been edited for length and clarity.

CITY: Where did the idea for “Strawberry Mansion” come from?

Albert Birney: The initial idea came to me 14 years ago. I was living in Rochester at the time, working at the Dryden Theater. I was watching movies every night working there, and I would get ideas as I was watching them. The image came to me of a pink house in a green field and a person walking towards it with a hat and a briefcase. I saw it in my head very clearly. And then, a couple of days later, another image came of what was inside the house, and it was just floor-to-ceiling, wall-to-wall VHS tapes. It was trying to figure out how to make a story that would let those images come to life.

Did you film it during the pandemic?

We really lucked out—we filmed it right before. I remember in December 2019, when we did our last week and a half of filming, you could hear the news reports about this virus. It was this very ominous feeling, and I'm just so thankful that we were able to film before everything shut down for a year.

Can you describe the idea behind this colorful, retro-futuristic production design, and the ancient technology — VHS tapes — that you included in the film?

When you're building a world like we were, you really can put anything you want into that. Like, if Preble is driving a car, let's make it a car that aesthetically we'd want to see in a film. So we picked a 1967 Corvair. Modern clothes don't jump off the screen the same way that a 1940s-type suit does. Same with the VHS tapes—the kind of retro analog technology is just so beautiful to me. A VHS tape is like a box you can unscrew and open up, and it feels like it contains magic. We were like, “Let’s put everything that we love into this film, even though it’s going to be mixing different decades and genres. If we mash it all together, that creates the world of the film.”

Another retro element is the musical score—how do you think that influences the film?

Dan Deacon is such a talented musician, and we gave him pretty free rein. We sent him some references of movie scores we liked, and a lot of them were from the 1980s, fantasy, adventure movies, which had synth-heavy scores. I think we were on the same page about leaning into those synth sounds, but he also brought a lot of organic-sounding instruments, violin and harp.

What previous films inspired the look and the story of “Strawberry Mansion”?

Kentucker and I talked about the movies we grew up watching, like “Neverending Story” and “Labyrinth,” these movies that are from a kid's perspective, and they go on these epic journeys with strange characters around every bend. It’s like we were trying to make a movie that would make our adult selves feel like we did when we were kids, movies where you get lost for 90 minutes and get transported to another place. We wanted to go into abstraction and give people a release from the strange, troubled times that we're living in.

Right now, I might be still too close to it to see it clearly. The lesson I always forget and relearn is: You always have an idea of what the movie’s going to be, and then you put it all together, and it’s going to be something different. It’s a combination of knowing what you want and being very sure and doing all this planning, but then also throwing it all out the window. The tight and the loose. 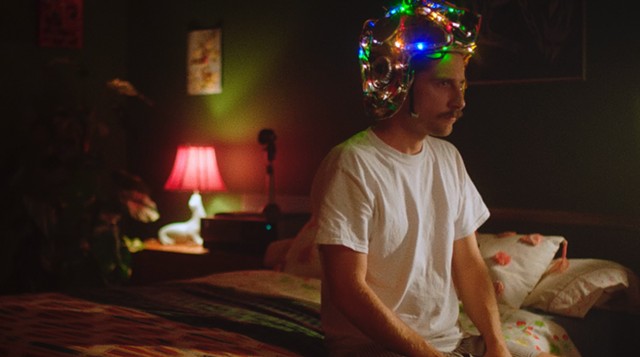 Madelyn Geyer and Ellen Mintzer are members of the Goldring Arts Journalism and Communications program’s 2021-21 cohort at Syracuse University’s Newhouse School of Public Communications.Feedback on this article can be directed to dkushner@rochester-citynews.com.