Celebrating its 30th anniversary, STREB is an experimental dance company created by choreographer Elizabeth Streb (a Rochester native), that has evolved into a daring and pulse-racing group of performers who do the impossible and make it look easy. Billed as a "fusion of slam dancing, wild action sport, and falling from height," STREB celebrates the art of movement itself. The group has performed at the Lincoln Center, the Pan American Games, and the Vancouver and London Olympics. During Friday and Saturday on the Fringe, STREB will perform "SEA (Singular Extreme Actions)," which will find performers taking on stunts and acrobatics on structures across three stages at downtown's Parcel 5. 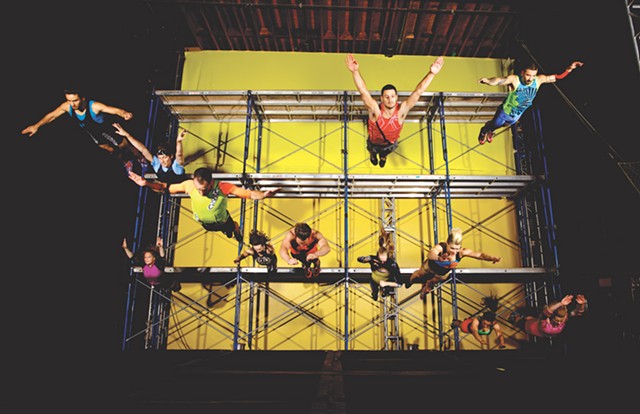 STREB is a part of the larger Friday and Saturday on the Fringe taking place at Parcel 5. Friday performances also include KOPPS, The YellowJackets, Sisters of Murphy, and The Buddahood. And Saturday will feature The Demos, Mansfield Ave, and Fringe Street Beat, an all-style breakdancing competition. Friday, 5 p.m. to 11 p.m., and Saturday, 3 p.m. to 11 p.m. All events are free.

The original tales by the Brothers Grimm are nothing like the numerous adaptations from the likes of Disney and other modern retellings. But you'll get to see that first hand when "Grimms' Mad Tales" takes over Gibbs Street and One Fringe Place during the Fringe's second week, with 200 actors performing adaptations of various tales — including "Hansel and Gretel," "Little Red Riding Hood," and more. Method Machine, which created "Spoon River Rochester" for the 2014 Fringe, is back again to create a living gallery of characters and stories. The performance is free and all are welcome to attend.

"Grimms' Mad Tales" will be performed Friday, September 23, and Saturday, September 24, along Gibbs Street (between East Main Street and East Avenue), and within One Fringe Place. 6 p.m. each night. Free. Appropriate for all ages. 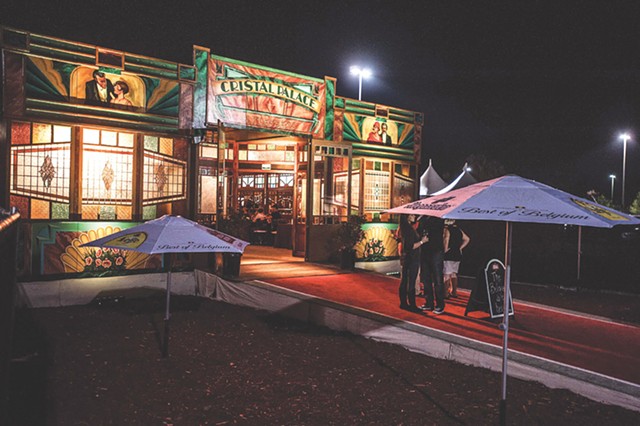 Showman Matt Morgan has performed everywhere from Las Vegas to "The Late Show"; from Lincoln Center to last year's Fringe, where he and his wife, Heidi Morgan, presented the fantastic "Cabinet of Wonders" and the saucy "Princess Wendy's Late Nite Tease Room." This year, Matt Morgan has partnered with actor and comedian Mark Gindick for a new Cirque Du Fringe show, "Miracle Cure." The "bohemian circus," according to the Fringe, is a "mashup of burlesque comedy, eye-popping circus performance acts, and live music."

Cirque du Fringe will perform "Miracle Cure" each night of the Fringe, at various start times, in the Spiegeltent on the corner of Gibbs and East Main Street. $29 ($21 for youth through 12th grade during matinee performances). Appropriate for ages 13 and over.

The Spiegeltent — which is Dutch for "mirror tent" — has been a centerpiece of the Fringe since 2013. With lots of rich wood, stained glass, mirrors, and a velvet-draped ceiling, it's almost like a window into the past, or a lovely fantasy world. The venue will be the home to several of the top performances at Fringe this year, including Cirque du Fringe: "Miracle Cure"; comedian Jamie Lissow (Thursday September 22, 9 p.m.); and Pandora Boxx's "The Worst Show Ever" (Friday, September 23, and Saturday, September 24, 9:30 p.m.).

The Spiegeltent will again host the ever-popular Silent Disco. As the name implies, the dance floor of the Cristal Palace will remain quiet during the party, while dancers use headphones to groove to the music. A three-channel system will allow people to pick between competing live DJs. Silent Disco takes place September 16, 17, 23, and 24, at 11 p.m., and is appropriate for ages 18 and older. Tickets are $11.

Disco Kids, a mid-day, all ages dance party just for kids, will be offered on Saturday, September 24, at noon. Tickets are $5. (Note: this one isn't silent.)

The Spiegeltent is located at One Fringe Place at the corner of Gibbs and East Main Streets. For more information on all of the events taking place in the Spiegeltent and the adjoining Spiegelgarden, visit rochesterfringe.com.

A critical hit at least year's Fringe, site-specific theater collective Rimini Protokoll created the "Remote X" program as a way for participants to discover more about their cities and themselves. (The German group has created "Remote X" shows in Berlin, Milan, Amsterdam, Paris, and New York City.) In 2015, Rochester became the second US city to experience this program, and it sold out. During the "performance," a voice in your headphones will guide you and your "horde" of 50 people through a unique journey around the city, creating a semi-narrative, and prompting you to interact with the environment and each other. As we said in a review of last year's event, "Remote Rochester is the definition of 'fringe.'"

Remote Rochester has various start times each day of the Fringe. For specifics, visit rochesterfringe.com. Groups should gather at the Spiegelgarden 15 minutes prior to the start time. $28. Appropriate for ages 13 and older.

For an interview with comedian Patton Oswalt, click here.

EDITOR'S NOTE: This article has been updated to correct the Disco Kids listing. The event is not silent like the adult Silent Disco.