*This is a paid placement and not editorial content. 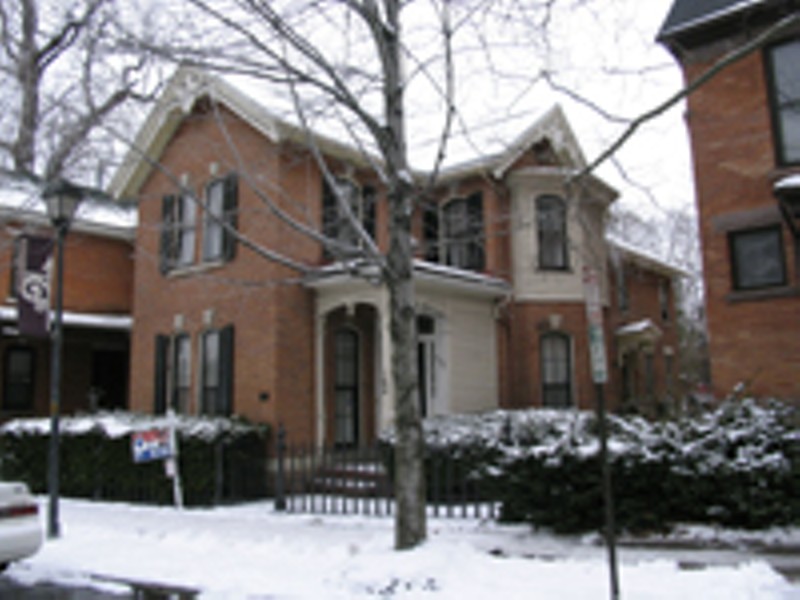 Grove Place: The Place to Live

Take a walk downtown on Gibbs Street, north between the Eastman Theater and the Eastman School of Music among the crowds of music students and concert goers. Cross noisy Main Street traffic and walk past the YMCA and the Eastman Living Center. Just around the bend of the road an oasis opens up - a quiet tree-shaded neighborhood of new town houses, old row houses and an eclectic mix of architectural styles.

Grove Place is not only a hidden neighborhood, but also a historic neighborhood. Here some of Rochester’s most prominent early citizens -- the Bissells, the Wards and the Seldens -- built their homes. The Ward family, including Levi Ward, Jr., one of Rochester’s first mayors, remained residents for 150 years. In a carriage shop just behind the house at 164 Gibbs Street George Selden developed his internal combustion engine, which rivaled, but lost to, Henry Ford’s invention.

The 2,184 square feet, red brick Gothic Revival house at 164 Gibbs St., has survived the prominence, the decay and the rebirth of the neighborhood. Built in the 1860’s as a single-family home, it had become a rooming house slated to be demolished when previous owners took on the task of major renovation into two separate apartments. The house has returned to its original Gothic Revisal style with white pierced bargeboard and a trefoil at the front gable. The windows are set Italianate arches with white keystone. The front door is framed by sidelights. A picturesque walk, edged by narrow flower and shrub beds, leads to a brick paved patio in the backyard. Imagine a summer evening on the patio, inhaling the fragrance of your small herb or flower garden and listening to the occasional music wafting from the open widow of a music school student.

Inside, the front rooms bloom in the sunlight with 10-foot ceilings and 8-foot floor-to-ceiling windows. Both apartments consist of a parlor, a living room a dining area, kitchen, and bedroom. Each apartment has one full bath with an antique marble sink; both sinks were salvaged from demolition. Marble mantels surround the two fireplaces in the first floor apartment designed for occupancy by the owner. One of these mantels was found in the house behind a refrigerator; the other was salvaged from a home on Mount Hope Avenue. Today both apartments are made comfortable with an up-to-date hot water heating system. Bookcases, closets and built-in drawers are a concession to our modern storage needs. Maintenance is minimum and the roof is new (2005).

Strength and cohesiveness are hallmarks of the Grove Place Neighborhood Association. Established in 1988, the Association has been instrumental in guiding the development of the area, though its community discussions and regular social events. In 1993 the Association established an outdoor public art sculpture exhibition. Several pieces were purchased and will remain permanently in Grove Place, including “The Seventh Spirit”, based on Shakespeare’s seventh stage of man, in the front yard of 164 Gibbs Street.

The residents of Grove Place neighborhood – students, retirees, business and professional people – all enjoy the convenience of being within the Inner Loop, the closeness to the theatres, the museums, the restaurants and the dynamism of downtown. This double dwelling is listed at $309,990 with taxes of $6,439. Contact Kenneth C. Currie of Re/Max First at 473-3000.

Lea Kemp is a Landmark Society volunteer as well as librarian/archivist at the Rochester Museum & Science Center.