PHOTO PROVIDED A screenshot from the film "Solidarity: Five Largely Unknown truths About Israel, Palestine, and the Occupied Territories."

It’s too easy — and too dangerous — to think of the Palestine-Israel conflict as a given, something that’s been raging on for so long, way over there, and with no tidy resolution on the horizon. Additionally, it’s a hot-button subject that provokes such emotional responses that many people choose to not look too closely or speak of it, lest the conflict disrupt our own personal peace.

Each year since 2012, the Witness Palestine Film Festival has spotlighted issues of war, occupation, and human rights. It also portrays human stories surrounding the conflict, bringing people together over films to bear witness to the history and current events, gain an understanding of the facts, and provide a space to discuss activism and advocacy.

Back to live screenings after a strictly-virtual year in 2020, the 10th annual Witness Palestine Film Festival is scheduled for Oct. 13 through Oct. 24, and will include five screening events, the first taking place at St. John Fisher College and the four others to be held at The Little Theatre.

Jim Tiefenthal, co-founder and co-programmer for the festival, says that its target audience is those who haven’t really focused on Palestine.

“This is about justice, it’s about fairness, and human rights,” he says. “I feel that once those people in that category — the average US citizen — understands this lack of justice and fairness, they’ll press our government to make a change.”

Each program is followed by a Q&A with someone closely connected to the film.

A complete schedule with times, locations, and other details may be found at wpff.us. In celebration of the 10th anniversary, there are no admission fees, but proof of vaccination and masks are required.

A brief look at the films being presented at this year's festival follows.

The festival opens on Wednesday, Oct. 13, with the 2019 documentary, “Objector.” Israel’s Security Service law requires all citizens over the age of 18 to serve in the various branches of the Israeli Defense Force unless approved for a special exemption. Those who refuse conscription instead serve time in prison.

“Objector” focuses on Atalya Ben-Abba, a young Israeli woman who has reached the age of required military service, but questions the practices of her country’s military and seeks to understand her so-called enemies. Despite pressure from her military family and concerns from others in her circle, she makes the difficult decision to refuse her country’s rite of passage, and is imprisoned as a dissenter. The film follows her to prison and beyond, and shows how Atalya’s stand moves others to reconsider their moral and political positions.

“Solidarity: Five Largely Unknown Truths About Israel, Palestine, and the Occupied Territories” opens with the late Palestinian-American author, educator, and activist Edward Said in discussion about the many valid historic claims on the land that is modern-day Israel. He concludes with the point that no one claim justifies one group driving another out, his voice-over paired with footage of Israeli bulldozers destroying Palestinian houses.

This 2020 documentary by director Bob Peck tackles the moral quandary of building a needed refuge for a people in a place where other people already live. More than 70 years later, that refuge is well-established, but illegally and violently encroaches on the Palestinian territories it occupies. The film is a series of comprehensive vignettes about the history and current status of the Israeli-Palestinian conflict and seeks to clear up misconceptions while stark realities are spoken by scholars including Noam Chomsky, activists including Jewish Voice for Peace, and people who were born in Palestinian refugee camps. 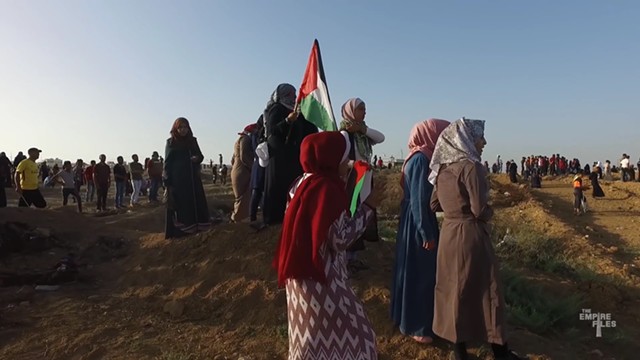 Journalist and filmmaker Abby Martin joined forces with journalists in the Gaza Strip to document the weekly demonstrations held at the Israel-Gaza border that became known as The Great March of Return, which resulted in the 2019 documentary “Gaza Fights for Freedom.” The film gives historic context about Israel’s occupation of Gaza and the desire of Indigenous Palestinians to return to their homeland, while documenting testimonies from medics, journalists, and children.

Director Abby Martin will join the event virtually for a Q&A following the screening.
(Sunday, Oct. 17, 2:30 p.m. The Little Theatre) 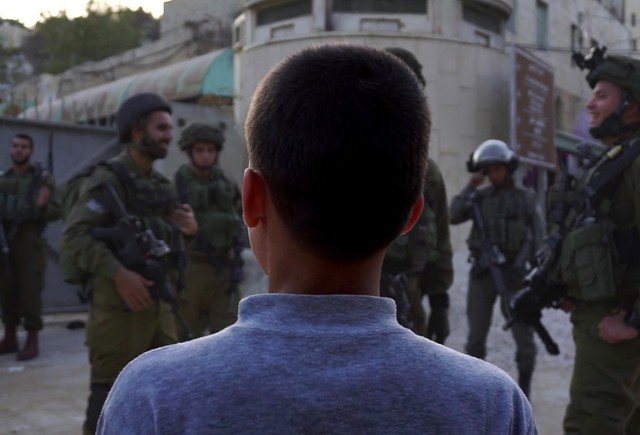 It’s hard to oppose the concept of protecting children. The 2018 documentary “Imprisoning a Generation” illustrates how the state of Israel has targeted and terrorized Palestinian youth, by spotlighting the stories of four Palestinians kids who were imprisoned by its military courts. While Israelis, no matter where they are, are tried under Israeli civilian law, Palestinians in the West Bank are tried under Israeli military law. This includes children. The subjects of the film are among the 500-700 Palestinian children annually processed through Israel’s military courts, the film states.

Filmmaker Zelda Edmunds will join the event remotely for a Q&A following the screening.
(Saturday, Oct. 23, 4:30 p.m. The Little Theatre)

His explanation includes discussion of the ever-growing illegal settlements of Israelis in the West Bank, the establishment of infrastructure that supports the settlements while suppressing Palestinian infrastructure, the application of Israeli law for Israelis living in the West Bank (while Palestinians are treated under Israeli military law), and how a patchwork of laws has converted occupation to annexation. 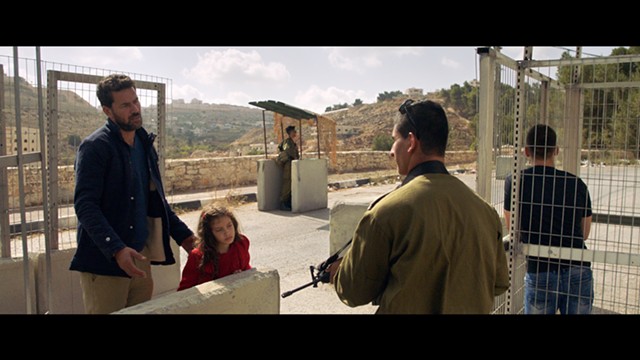 Following that is the sole narrative film of this year’s festival, the 2020 short, “The Present.” Set in the West Bank, the wrenching film shows husband and father Yusef trying to return the short distance home from work, spending hours in line at the infamously crowded Checkpoint 300 between Jerusalem and Bethlehem — a site that in reality has yielded suffocation and broken bones during rush hour.

In sharp contrast to interactions at the checkpoint is the peace and dignity of the family together at home, though intimations of the stress of life under occupation seep into the narrative.

Over breakfast it’s revealed that the family’s refrigerator is malfunctioning, and Yusef sets off with his young daughter, Yasmine, back across the checkpoint to buy groceries and an anniversary present for his wife, Noor. What follows is the sort of unnecessary humiliation and tense confrontations that can erupt under such a stark imbalance of power and autonomy.

“The Present” Director Farah Nabulsi will be present for a Q&A following the screening.
(Sunday, Oct. 24, 2:30 p.m. The Little Theatre)