Nine summer concerts worth the trip

Summer is here, and so are the seemingly limitless concert options. So many possibilities to bliss out with familiar favorites, and to venture into new musical and visual experiences at venues you may not have previously considered.

By no means an exhaustive list, below are 10 diverse summer shows, ranging from chamber music festivals and contemporary opera to DIY barn concerts, rock in outdoor arenas, and even modern ballet. Many of the events are outside the confines of the city, but all of them are well worth the trip.

For adventurous music lovers craving concerts that are more off the beaten path, both geographically and sonically, The Barn is an ideal summer destination — a 90-minute jaunt from Rochester to Fulton in Oswego County. With a cozy house-show feel transplanted to a carefree, rustic-woods setting in a converted barn, this distinctive venue boasts an intriguing lineup of regional and touring artists once a month through October. Notable this season is the Saturday, June 25, gig (7 p.m. start), jam-packed with charismatic Rochester retro-rock bands The Televisionaries and The Temptators, plus Auld Lang Syne — Upstate's unsung heroes for incomparably beautiful songwriting. $7-$9 donation. Information about this show and the entire series, including directions: The Barn, facebook.com/groups/thebarninvolney. 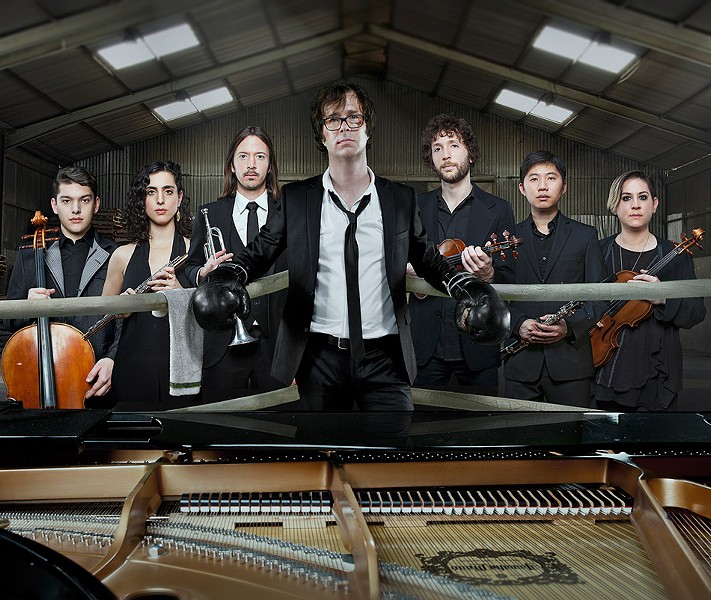 If a road trip to the Buffalo-Niagara region is in the cards: piano rock mainstay Ben Folds makes his way to Artpark Outdoor Amphitheater in picturesque Lewiston on Wednesday, July 13, at 6:30 p.m. Backed by yMusic — the top-flight chamber ensemble with big-time indie credentials that also appeared on Folds's newest record "So There" — the stalwart singer-songwriter is still at it. This time, he adds classical instrumentation to his crafty piano chops, undeniable gift for melody, and playfully irreverent attitude. Tickets are $12-$27; info, artpark.net.

For more traditional chamber music in an idyllic setting, the Finger Lakes region is the place to be. Canandaigua Lake Music Festival — Friday, July 15, through Saturday, July 23 (canandaigualakemusic.org) — welcomes beloved pianist Jon Nakamatsu for multiple concerts. The festival opens with the lovely pairing of Nakamatsu performing Franz Schubert's "Impromptus" and Pegasus Early Music, with its interpretation of works by Renaissance composer John Dowland on July 15 at 8 p.m. at Finger Lakes Community College. 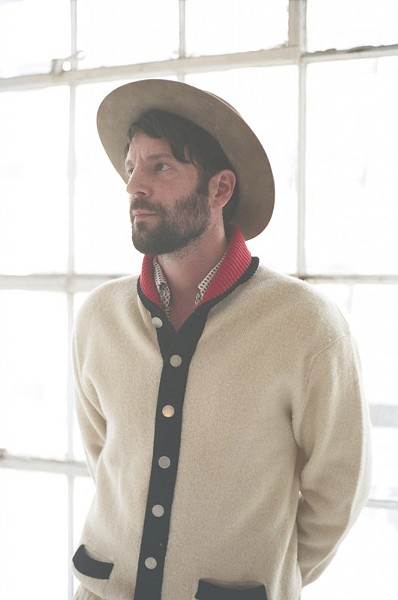 On Saturday, July 23, 7 p.m., CMAC plays host to celebrated rock and folk darling Ray LaMontagne, whose unmistakably ardent and smoky vocals have enchanted fans since he burst into the spotlight with the 2004 album "Trouble." Coming fresh off the release his latest album, the dreamy, slickly produced "Ouroboros," the singer-songwriter continues to deliver a seductive blend of rock, country, blues, and soul, resulting in a singular Americana vibe only LaMontagne can provide. The Arcs play the supporting slot. ($45-70; cmacevents.com)

In a major departure from the established canon of Verdi and Puccini, Chautauqua Opera takes a rare plunge into 21st century opera with indie classical composer Missy Mazzoli's "Song From the Uproar" as its final production of the season on Monday, August 8, at 5 p.m. – and it's a special one. The "multimedia chamber opera" details the fascinating, enigmatic life (and death) of Swiss-born Isabelle Eberhardt: traveling to North Africa at the turn of the 20th century, she presented herself as a man, converted to Sufi Islam, and married an Algerian soldier. The libretto was written by Royce Vavrek, reinforced by Stephen Taylor's video work utilizing arresting archival footage. And of course there is the composer's hypnotically gorgeous music, a scintillating alchemy of acoustic and electronic elements. Featuring the riveting mezzo-soprano Abigail Fischer as Eberhardt, "Song From the Uproar" is a pivotal work in the evolution of modern opera, a must-see. The opera itself is free, but the purchase of an evening gate pass is required ($42). Information, chqtickets.com and ciweb.org/opera.

Now in its fourth summer season, Finger Lakes Opera and its artistic director, Gerard Floriano, have clearly filled a niche for area audiences who may be inclined to stay local rather than visit the Chautauqua Opera near Jamestown or the Glimmerglass Festival in Cooperstown. On Friday, August 12, at 7:30 p.m. and Sunday, August 14, at 2 p.m. at SUNY Geneseo, Finger Lakes Opera presents Giuseppe Verdi's "La Traviata (The Fallen Woman)." A powerhouse of the repertoire, "Traviata" tells the classic tragedy of a 19th century courtesan named Violetta, who is caught between true love and her scandalous reputation as a high-society paramour. The production features soprano Danielle Talamantes in the role of the doomed heroine, with tenor Yi Li playing her lover Alfredo. Tickets are $30-$75. Information: geneseo.edu/fingerlakesopera.

Summer chamber music in the Finger Lakes continues with the Skaneateles Festival, from Wednesday, August 10, through Saturday, September 3 (skanfest.org). Led by Artistic Directors Aaron Wunsch and Julia Bruskin, Skaneateles serves up enticing programs with titles like "Paris 1900" on Friday, August 12, at 8 p.m. at First Presbyterian Church. Tickets are $22-$28.

EDITOR'S NOTE: An older version of this article incorrectly listed a FuturPointe Dance performance at Hochstein. That concert took place in 2015, and there is no scheduled performance this summer.