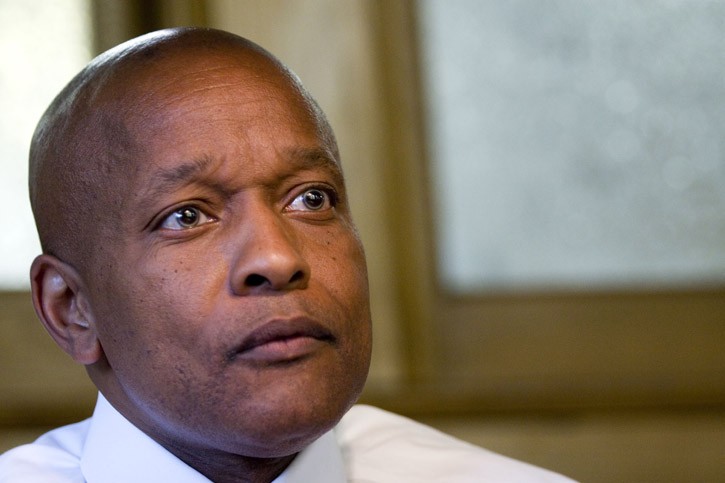 Mayor Lovely Warren has repeatedly said that she would not pursue mayoral control of the city’s school system. But yesterday she scored a major victory concerning control of the Rochester Joint Schools Construction Board and the $1.3 billion project to overhaul the city’s aging school buildings.

Former Mayor Tom Richards, who was appointed in 2014 by former schools superintendent Bolgen Vargas, was ousted as the board's chair in a 4 to 3 vote. He was replaced by board member Allen Williams, who works for Warren as director of special projects.

If new board member Ineabelle Cruz continues to vote with the Warren camp, the mayor will have a ruling majority and a controlling stake in the biggest construction jobs program in the city's recent history.

The change in leadership comes after a series of complaints raised by Warren and State Assembly member David Gantt over how the money for the project's $325 million first phase was spent. In a similar 4 to 3 result just days earlier, the board voted against a project labor agreement which would have defined union hiring requirements, wages, and minority hiring goals. The four members who voted against the agreement said that Phase I failed to provide more than a handful of women and minority apprenticeships.

But members who supported the agreement said that the apprenticeship training was just one part of the labor agreement that didn’t work as planned. Overall,  the minority hiring goals for Phase I were met, they said. And the proposed labor agreement for Phase II of the project was an improvement over the first one, they said.

Clearly there is a disagreement over how to meet hiring expectations moving forward, and without a comprehensive agreement in place, contracts could end up being negotiated in a piecemeal fashion.
Worse, there are concerns that the entire second phase of the schools modernization project could get snagged in delays. Already, there is a concern in the Latino community that work on Monroe High School, a receivership school with a high concentration of English language learners, will be delayed.

If that happens, there could be a domino effect, since students from another school scheduled for work are waiting to go into the school that Monroe students currently occupy.

And it should come as no surprise to anyone that delays in big construction projects typically increase costs.
Just months ago, Gantt delayed needed state approval of $435 million in funding for Phase II of the project. At the time, it was reported that he was miffed because no one had consulted with him about the project, which directly impacts students in his district.

It’s been clear from the beginning that Gantt and Warren want  influence over the schools modernization project. And there are plenty of good reasons why they should. For starters, the school buildings belong to the city.

Secondly, Warren positioned herself as the education mayor in her mayoral campaign. This latest move may give her the opportunity to tell voters that she intervened when it was necessary on the schools modernization project.

And there is no reason why the  project can’t also serve as an opportunity to create decent paying construction jobs, as well as a place for young people interested in the construction and building trades to get a chance to learn. Women and minorities absolutely must be included in these work and learning opportunities.

But the massive project was originally sold to the taxpayer as vitally necessary so that urban students could receive the same high quality, 21st century education as their suburban peers. It was supposed to be immune to politics — precisely so it wouldn’t risk getting bogged down with disagreements and delays.

This article has been amended from a previous version for clarification