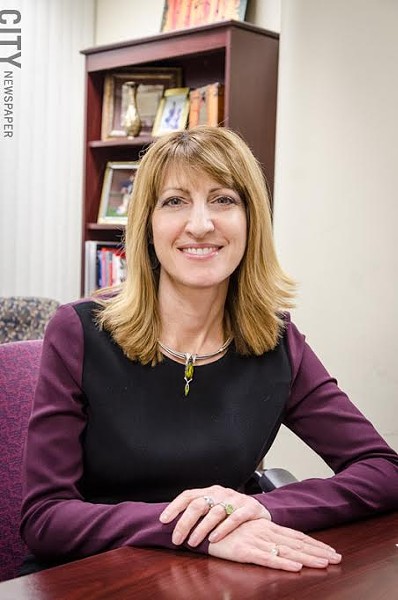 Rochester City School District officials say that they hope to provide all students with the high-tech devices they need to do the advanced level of work expected of them. It’s the first tier to a more ambitious plan that Annmarie Lehner, the district’s information technology officer, will present to the school board later today.

The district is also working with the city on a much larger goal: making broadband available to all city homes and elevating Rochester to what Lehner calls a "gigabit city."

The city school district has tried to get students access to devices such as laptops and tablets for several years, Lehner says, but many city families can't afford Internet access. That means that students often have to go to either the library, a friend's house, or a recreation center to do their homework.

“Only about 50 percent of our students have access to the Internet at home, and we’re not talking about access through a cell phone,” Lehner says.

Whether it's taking an online course or completing an application for college or a job, Lehner says, many activities require easy access to the Internet;  it's a basic necessity for students.

“All these expanded day programs are great, but to do that means having access to the world through the Internet anytime and all the time,” she says. “For our suburban counterparts, that’s the norm. But it’s just not the norm for our kids.”

Later today, Lehner will recommend that the board approve using funds from the Smart Schools Bond act to buy the hardware that the students need. While some students have iPad's or Chromebooks, the district wants all of its students from prekindergarten to 12th grade to have the technology, depending on their grade level, with the eventual goal of being able to take the devices home.

The second tier of the plan involves getting money from the New York State Broadband Program, which is designed to provide broadband access to underserved areas of the state.

The district is working with the city to tap into the fiber optics' infrastructure already in place, some of which is owned by the city and the county, and to connect it with every city residence for free. Lehner says that this would allow broadband Internet speeds of up to one gig per second.

“We would not be providing that level to every home for free, but if we get the grant, we would provide between 10 and 15 megabytes per second, which is sufficient for basic Internet usage,” she says.

Businesses would also have access to the broadband service, she says, though it wouldn’t be free.

“But this would be a great boost, to be a gigabyte city and to provide those types of speeds would give more businesses a reason to locate downtown,” Lehner says.