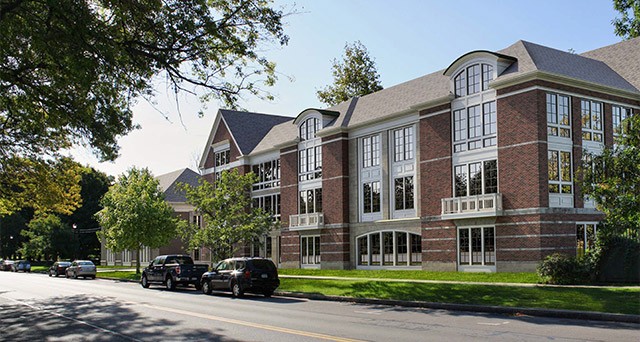 UPDATE 10:55 a.m. February 16 — The Monroe County Industrial Development Agency has postponed the hearings scheduled for today, due to the weather. New dates and times haven't yet been decided.

Original post: The Monroe County Industrial Development Agency will hold public hearings on tax incentive packages for several Morgan Management projects on Tuesday morning, including an apartment complex the company plans to build next to the George Eastman Museum.

The hearings will be held at the Watts Conference Center, and the COMIDA board will likely vote on the projects at its meeting, which starts at noon. Projects on the hearing agenda include:

11:15 a.m. – Hyatt Hotel. Morgan and Christa Development recently purchased the 25-story hotel at 125 East Main Street for $16 million and plan to spend another $15 million on renovations, according to a WROC report. The agency hasn’t posted specifics on the proposed tax incentives.

11:45 a.m. – University Avenue apartments. The company plans to build a four-story, 99-unit apartment complex on the site of the Monroe Voiture, next door to the George Eastman Museum property. The museum opposes the project, but lost a court battle against it. Morgan plans to invest $22.6 million in the project, which would receive an estimated $2.8 million in mortgage, sales, and property tax incentives. The company estimates the project would create three new permanent jobs.