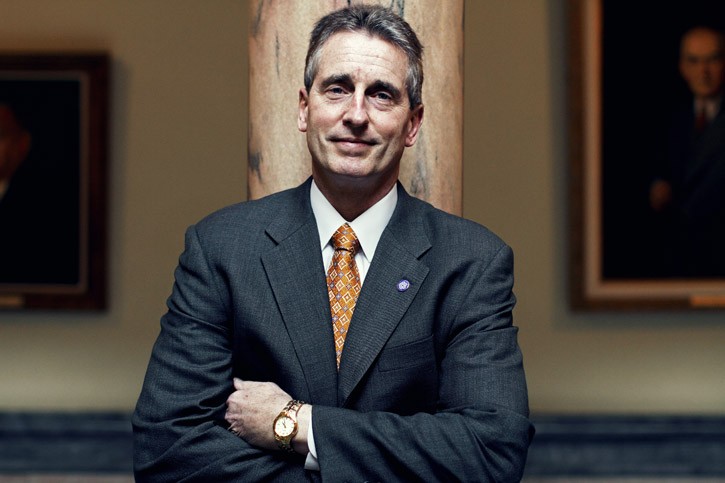 Nothing deleted from social media is ever truly gone, as former Rochester mayor Bob Duffy is finding out.

On Super Bowl Sunday, February 7, @BobDuffyRBA sent a tweet he called “Note to candidates.” In it, he advised candidates to stop talking and start practicing their faith. “Actions speak louder than words,” he wrote.

This prompted a response from Rich Tyson, a Rochester real estate broker and a Republican who ran for City Council in 2011. Tyson needled Duffy for “running away to Albany” when things got tough at City Hall.

Duffy, a Democrat, resigned as mayor to become lieutenant governor in 2011. He declined to run for a second term, however, and returned to Rochester in 2015 to head up the Greater Rochester Chamber of Commerce (formerly the Rochester Business Alliance).

Tyson and Duffy volleyed over Twitter for a bit. Duffy said that he loved being mayor of Rochester, while Tyson accused him of running out on his supporters. Tyson reminded the former mayor that Duffy named education the hill he would die on during his ill-fated bid for mayoral control of the Rochester City School District in 2010. But just a year later, however, Duffy was gone.

Duffy then tweeted something about remembering that promise and “stay tuned.” Cryptic, right? What has the former mayor got up his sleeve?

Whatever it is, he’s clammed up. He hasn’t returned our calls and he even appears to have deleted his side of the Twitter exchange with Tyson. Tyson says that Duffy subsequently blocked him on Twitter, too, even though Duffy invited Tyson to his office for a private discussion in his final tweet directed at Tyson.

Did the former mayor tip his hand too early? We’ll see.