WEEK AHEAD: Events for the Week of Monday, August 3 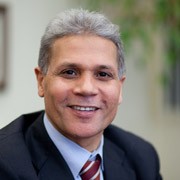 The schools are among more than 140 statewide that require urgent attention because they are not meeting performance standards. They fall under a new state law that places them in receivership, first to the superintendent, who has no more than two years to make significant progress toward improvement.

Rochester schools Superintendent Bolgen Vargas is required to develop a plan for each school, and community engagement is a required component of each plan.


Fred Rainaldi, developer of the Culver Road armory, will update the community on plans for the third and final phase of the armory project.

The meeting is at 7 p.m. Tuesday, August 4, in the gallery space next to Fleet Feet, building 2, at the armory. BY CHRISTINE CARRIE FIEN