May 26, 2015
Once again, Governor Andrew Cuomo has taken to the airwaves to help drive his agenda through the Legislature. This time, he’s asking us to call on our Assembly reps to tell them to approve his proposed Parental Choice Education Act. The television ads make an emotional appeal for fairness by giving lower income parents a way to opt out of the state’s roughly 178 failing public schools to attend private schools.

Cuomo’s proposal is strongly supported by Cardinal Timothy Dolan. Many Catholic schools have closed in the last few years, and maybe parents would have enrolled their children in those schools if they could have afforded the tuition. 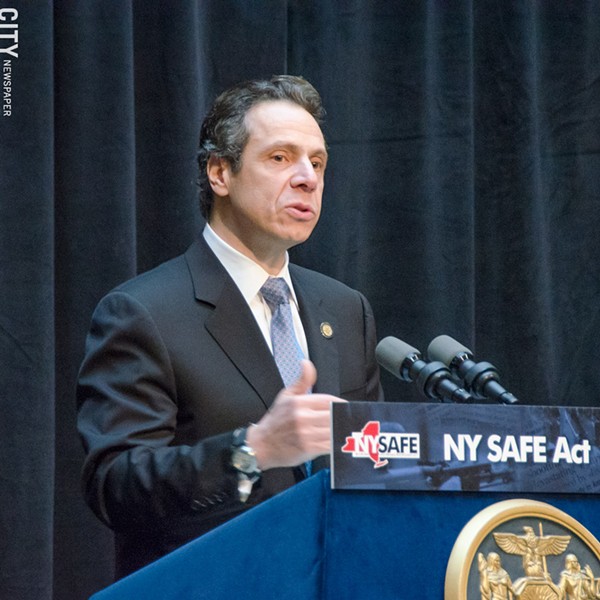 Under Cuomo's proposal, families with annual incomes up to $60,000 would be eligible for a tax credit of $500 per child attending a private school.

And donors who contribute to nonprofit organizations that provide scholarship money to private-school students would also be eligible for a generous tax credit – up to 75 percent on donations up to $100,000.

Cuomo has some support for his bill, and a form of it probably will pass. Locally, Mayor Lovely Warren is a supporter.

But there are some problems with the bill. A recent post by education historian Diane Ravitch refers to a blog by Bruce Baker, a Rutgers University education professor. Baker provides an interesting example of how Cuomo’s tax credit could benefit a small religious enclave in the town of Monroe.

The Supreme Court ruled against the religious group’s earlier attempt to be treated as a public school district even though it wasn’t open to the general public. Cuomo’s plan, as Baker points out, essentially creates a loophole big enough to slide a school district through.

No one wants poor children to be anchored to the state’s failing schools, but why should the state reimburse wealthy donors for their “gifts” to private schools? Their tax break then has to be subsidized by everyone else.

Would the tax credit for a donation to a Catholic school, a nonprofit that is already exempt from paying taxes, breach the boundaries that separate church and state? Since the taxpayer is indirectly underwriting the cost of the tax break, should religious educational institutions be required to offer their employees health insurance that includes contraception?


And the Catholic church in the US has seen fewer people in their pews, which has resulted in closing churches. Could some of the Vatican’s social policies have something to do with the declining enrollment in their schools, too?

Furthermore, many people would like to send their children to a private school. But taxpayers already fund one school system. Should they be asked to fund multiple school systems? And should those private schools be required to adhere to the same educational mandates, assessment standards, and teacher hiring requirements as traditional public schools?