Teachout takes on the Hedge Funders over education

December 04, 2014
Zephyr Teachout, the Fordham law professor and progressive Democrat who ran a primary election against Governor Andrew Cuomo earlier this year, made a favorable impression on many voters across the state. Her campaign revealed serious discontent with Cuomo a 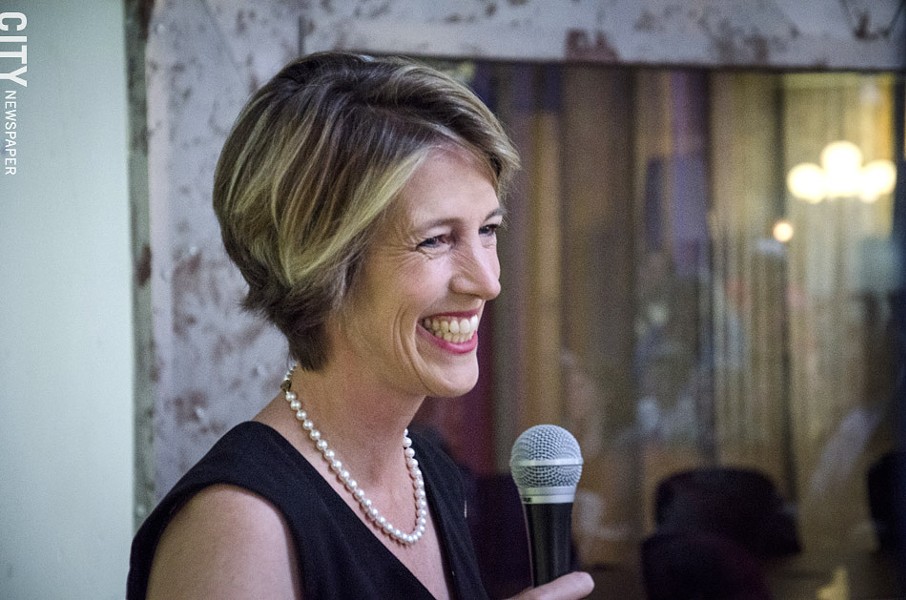 nd some of his policies.

While Teachout didn’t topple Cuomo, she didn’t shrink quietly into the night, either. She’s back with a scathing report, “Corruption in Education: Hedge Funds and the Takeover of New York’s Schools.” Teachout documents how wealthy hedge fund operators poured millions into state lobbying and 2014 election campaigns to influence politicians. Their goal: take control of New York’s education policy in favor of privately-owned charter schools.

Public education historian and author Diane Ravitch has been warning about the movement to privatize public education for years. She’s often been unfairly portrayed in the media as an alarmist who reaches for facts to support her own theories. She includes Teachout’s report in one of her recent blogs, and it’s a shocking expose of Albany-Wall Street backscratching — what Teachout describes as “legal corruption.”

Referring to a small group of hedge fund managers’ $10 million investment in lawmakers, Teachout writes: “Their campaign bears the signature components of the corporate takeover world which they occupy: rapid action on multiple fronts; highly secretive activity shielded from the public view; high stakes, big spending, and top-down power plays that are not accountable to the public.”

According to Teachout, the group spent $6 million to obtain public funding for charter schools and another $4.3 million to influence state education policy in the Senate.

Their goals are being achieved, Teachout says, with the buy-in of Cuomo, who sees the traditional public school system as a monopoly like the old Ma Bell system that needs to be broken up. (Plenty has been written about what that cost the average Joe taxpayer.)

What’s most interesting about the privatization strategy is how well it’s working. Public schools, particularly in urban districts, are being set up to fail. It goes something like this: starve the schools of the money and resources they need to educate an increasingly impoverished student population, emphasize testing results, and then use the fairly predictable poor testing results to justify lifting the cap on charter schools and bash the teachers union.

As cynical as it may seem, the strategy has a payout. An article in Daily Koz looks at why banks and hedge fund managers are so charmed by charter schools. A not-so-well-known law passed in 2000 allows for a pretty generous tax break of nearly 40 percent on money directed to opening charters.

But what’s most alarming about Teachout’s report is how unelected, wealthy individuals are exercising unimaginable influence over public policy. The public is almost unaware of what’s happening and doesn’t have enough in the way of resources to even question it.