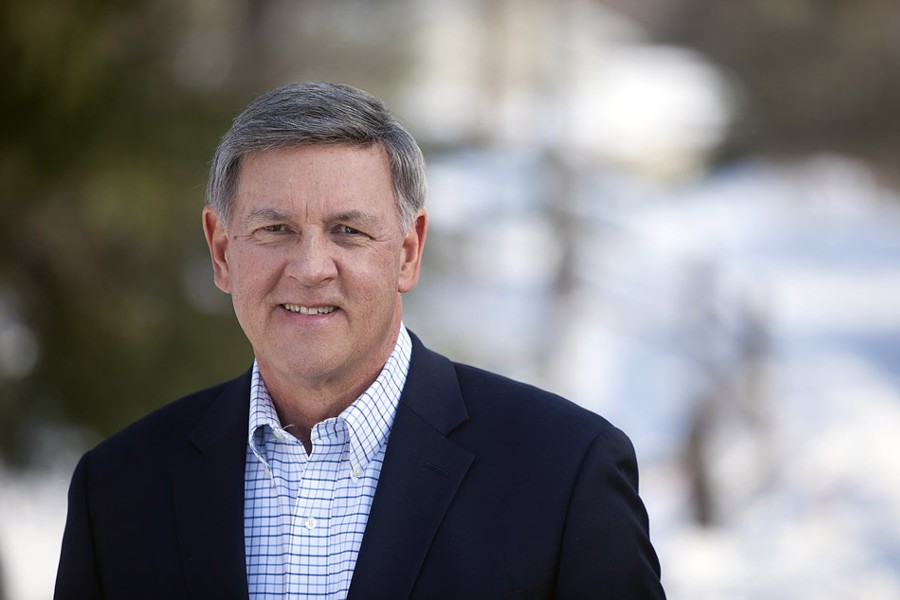 Democrat Ted O'Brien is in jeopardy of losing his State Senate seat, if today's Siena College Research Institute poll is to be believed.

The poll gives Republican Rich Funke, the former local news and sports anchor who's challenging O'Brien, a 25-point lead. For the poll, 471 likely voters in the 55th Senate District were surveyed on October 1 and 2. Of the respondents, 37 percent were Democrats, 35 percent were Republicans, and 23 percent identified as members of other parties or no party.

"A long time and popular newscaster, Funke is better known and viewed far more favorably than O’Brien, even in a district with slightly more likely Democratic voters than Republicans,” Siena pollster Steven Greenberg said in a press release on the poll. “Funke’s got 84 percent of Republicans in his corner, compared to O’Brien’s 61-28 percent lead with Democrats. And Funke has a crushing 37-point lead with independents."

But as with any poll, details matter, and a few caught my eye.

Of the Siena poll respondents, 49 percent were from Irondequoit, Penfield, and Rochester's east side. Rochester is strongly Democratic, and Irondequoit has a pretty sizable Democratic enrollment advantage, plus it's where O'Brien lives. But Penfield has a Republican enrollment edge. Of the respondents in this zone, 40 percent said they'd vote for O'Brien and 46 percent said they'd vote for Funke.

O'Brien supporters also tend to be Cuomo supporters. Eighty percent of respondents who said they've voting for O'Brien also said they have a favorable view of the governor.

Another interesting fact: respondents said they prefer a State Senate controlled by a coalition of Democrats and Republicans to a chamber controlled by one party.

The poll doesn't shed much light on the issues that might be influencing the race. It says that most respondents ranked jobs as the most important issue for state senators to work on in Albany. State taxes, property taxes, and education were also top choices. But it's a safe bet that the district has a constituency opposed to the SAFE Act. O'Brien voted for and strongly supports the act.

Abortion rights opponents, as well as Funke supporters, have been airing ads attacking O'Brien for his support of abortion rights legislation. The ads claim that O'Brien supports legislation that would permit abortions through the final month of pregnancy and would allow non-physicians to perform abortions.

O'Brien does support the abortion rights plank of the Women's Equality Agenda. The legislation basically takes the protections guaranteed in the Supreme Court's Roe v. Wade decision and spells them out in state law. It would make clear that women have the right to access abortions through 24 weeks of pregnancy. And it also spells out that women can have abortions later in their pregnancies when their health and life is in jeopardy, as determined by a licensed physician, which is also provided for under Roe v. Wade.

New York's laws allowing abortions predate Roe v. Wade and are included in a section of state criminal law (the Women's Equality Act would move those statutes into a section of state public health law). New York laws already allow women to get abortions through 24 weeks of pregnancy, and include an exception for life of the mother. But it doesn't include the health exception, even though Roe v. Wade requires it.

The 10th point of the WEA does not allow for partial birth abortions, and does not expand when women can get abortions and who can provide them.

This morning, O'Brien's campaign sent out this statement from campaign spokesperson Jamie Romeo in response to the poll results:

"These very early numbers are not surprising considering Rich Funke’s 40 years as a local celebrity and the hundreds of thousands of dollars he’s spent lying about Ted O’Brien while he’s had the playing field all to himself. Now that the campaign has truly begun, voters will get to know the real Rich Funke and hear about his extreme, anti-women views. By Election Day, it will be clear to Monroe and Ontario County residents that Ted O’Brien is the only candidate in this race who shares their values. Ted O’Brien’s record of creating jobs, cutting taxes, and fighting for women's equality will lead him to victory on November 4."