September 23, 2014
Dave Garretson, who for the past four years has served as Greece town Democratic leader, is the new chair of the Monroe County Democratic Committee. But the real excitement happened before the vote took place.

Garretson was elected to the post during the Dems' annual organizational meeting tonight. He beat Rochester for Obama organizer Ken Preston and Henrietta Democratic Committee leader Simeon Banister by a substantial margin. Garretson announced his candidacy much earlier than Preston or Banister, and several Democratic leaders said that his vigorous campaigning and organizing likely fueled his win.

But earlier in the evening, just as the meeting started, a rift in the party was on full display. State Assembly member David Gantt lead a group of his supporters out of the room, and gathered in a lobby area. They never came back. 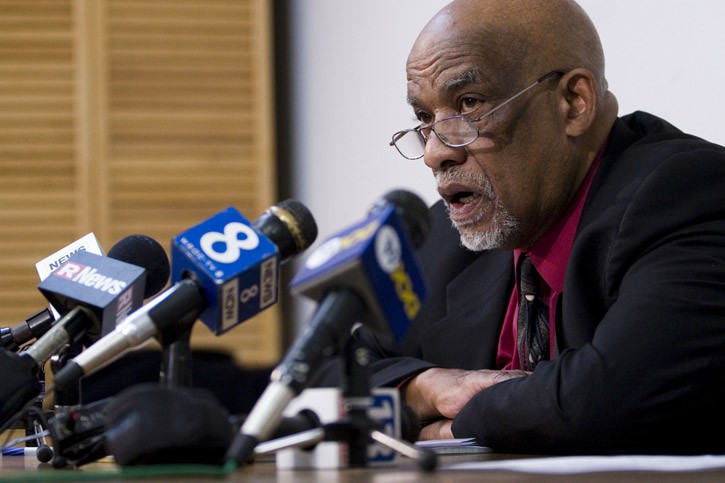 Gantt and his supporters said that they are unhappy with the actions of party leadership. At the committee level, black candidates with grassroots support aren't receiving designations, they said. And Gantt is still unhappy that some prominent Democrats campaigned for former Mayor Tom Richards after Richards lost the primary to Lovely Warren. Gantt said that he wants to make sure that the local Democratic Party is listening to the black community, as well as all groups in the community.

"The Democratic Party ought to be the party of all people," Gantt said.

Garretson, in his acceptance speech, specifically thanked Gantt for his contributions to the party and said that he wished Gantt was in the room.

"We are a better, more inclusive party because of David Gantt's leadership, including his mentoring of people of color," Garretson said, to loud applause.