September 10, 2014
During the 1960’s and ‘70’s, Judy Collins was a folk music goddess. Her soaring soprano lifted songs like Joni Mitchell's “Both Sides Now” to the heavens. The recording, which appeared on her debut album, “A Maid of Constant Sorrow,” earned Collins her first Grammy Award. 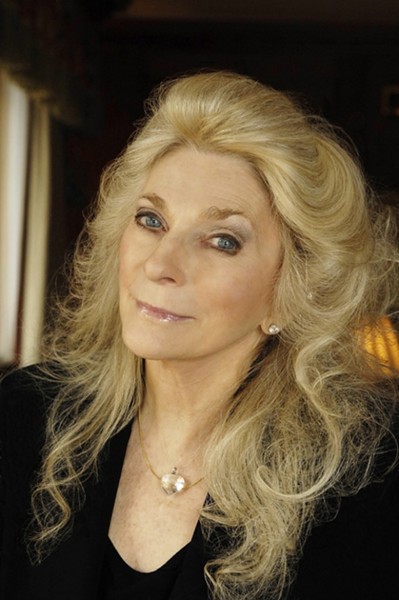 Collins’ seemingly free spirit was part of her appeal during a tumultuous period when songs of peace and love were accompanied by protests against the Vietnam War. Collins pioneered a place for contemporary women songwriters. She wrote, but she also performed other writers’ music, venturing into pop, show tunes, and jazz standards. Stephen Sondheim’s “Send in the Clowns” is among her fans’ favorites.

But in the midst of great success, Collins was also dealing with alcoholism and depression. Though she is among a relatively small group of performers with careers spanning decades – she still records and performs around the world – Collins has been candid about her personal struggles. She has written several autobiographies and she frequently talks about being in recovery since 1978 during her advocacy work for improving mental health.

Collins is the guest speaker at the East House Hope and Recovery Luncheon on Wednesday, September 24. Reservations and ticket information are here.

Speaking by phone from her home in New York City, Collins talked about one of the lowest points in her life, the suicide of her son, Clark.

“You just don’t believe it’s ever going to happen,” she said. “It’s not an easy place, the planet.”

At the time of her son’s death in the early 1990’s, suicide was still a topic that wasn't discussed much, Collins says. Mental health in general was not given the attention it deserved.

“Things are different today; these are all things that are being talked about and aired,” she says. “We’re much more educated.”

Events like the Hope and Recovery Luncheon are vitally important to East House, says Greg Soehner, president and CEO of East House. The nonprofit was formed in 1966 during a period of rapid de-institutionalization in mental health, Soehner says.

While the organization began by serving people with severe mental illness, it has evolved to help people with alcohol and drug addictions. And East House also offers educational support to help people go back to school or into the work force, Soehner says.

Fund raising is essential in an era of reduced public funding, he says.

“The demand for our services has always surpassed supply,” he says.