Rochester school board looks for answers at East

The Rochester school board met yesterday to review a plan to improve East High School. The plan, put together by a team at East High, is supposed to be submitted to the State Education Department today for approval, but some board members said they needed more time to examine the plan, which they had several days earlier. 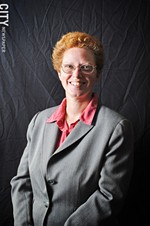 But it wasn’t just the assumption that the board would immediately sign off on the plan that irked board members; they wanted to do know how this plan differs from last year's strategy. (The plan is for the 2014-2015 school year. The University of Rochester takes over the operation of East High in the 2015-2016 school year.)

And if last year’s plan didn’t work – and that’s putting it mildly, since less than 1 percent of East’s students achieved in the higher ranges on standardized tests – school board members wanted to know why they should expect this one to do any better.

“I’m looking for the truth,” she said.

With more than 60 schools in the Rochester district required to submit similar plans to the SED, knowing exactly what went wrong at East has become a critically important autopsy.

Soler said that in the past, East’s plans were written to meet state compliance requirements, but then weren’t properly implemented. He didn't say why, despite board members repeatedly asking him to explain.

Soler said that there are several changes in the new plan that should produce better results next year: extended hours, the addition of four social workers, and increased communication between Soler and his staff, as well as with parents.

Soler is an admirable guy and you can't help but want him to succeed. He's more than willing to be accountable, and he's quite candid about his fight to keep his job as East principal.

Much of the board’s questioning at yesterday’s meeting seemed long overdue. But it offered a bay window view of the district’s management struggles, particularly in the areas of implementation and measurement.

If the board learned anything new, it’s unclear what it is.