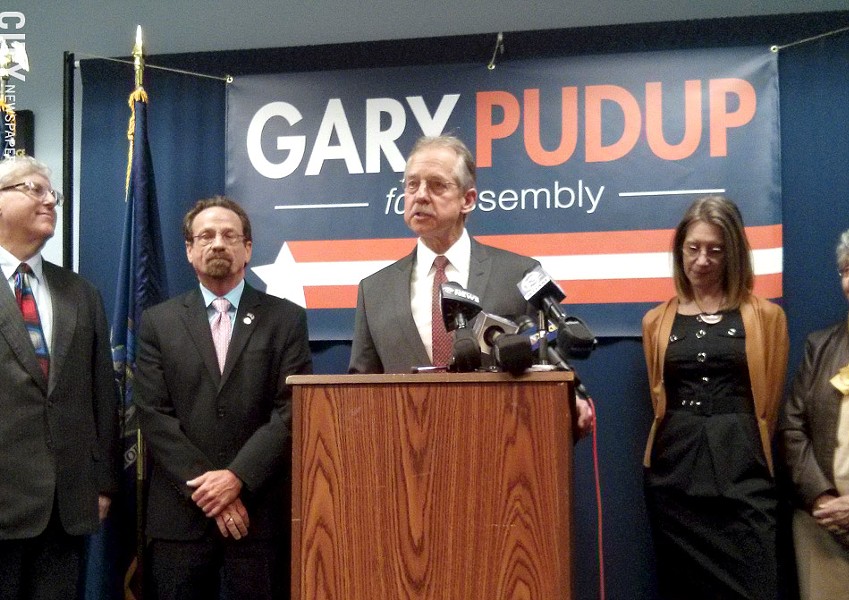 Pudup announced his candidacy at a press conference this morning at Monroe County Democratic Committee headquarters. He's running for the 134th Assembly District, which covers the towns of Greece, Ogden, and Parma. The seat doesn't have an incumbent; Republican Bill Reilich resigned after he was elected Greece supervisor.

Pudup said he's lived and worked in the area for most of his life. He spent 29 years working for the Monroe County Sheriff's Office, where he was a road patrol officer, investigator, sergeant in a couple of units, and an internal affairs officer.

Pudup was director of the Genesee Valley chapter of the NYCLU after retiring from the sheriff's office. The job gave him the opportunity to see how laws affect people, he said, and to advocate for changes to laws. He advocated for marriage equality and immigration reform.

On the state's SAFE Act gun control law, which will likely be a major issue in races across the state this year, Pudup said he supports the law. But he said he's also willing to listen to specific concerns and address the law, if needed.