April 02, 2014
This is a corrected version of this blog April 15, 2014 at 8:45 a.m.
Rochester schools Superintendent Bolgen Vargas is looking for a partner to run East High School. Working with an educational partner organization is one of the options the State Education Department gave the school district to rehabilitate the failing high school. 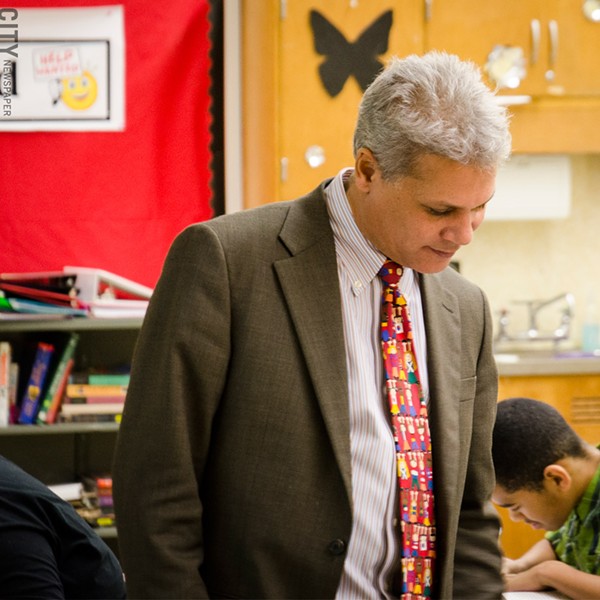 The request for proposals went out last week. There is no deadline attached, Vargas says, and the district may not go ahead with the partnership in the long run. This is just an option, he says.

An EPO can be a college, university, or an organization with a track record of turning around poorly-performing schools. Johns Hopkins University, for example, recently partnered with one of Buffalo's schools.

The EPO would report directly to the Rochester school board. And it could seek changes to labor agreements as a condition of coming on board.

Vargas says he recognizes that students, parents, and teachers are skeptical of school turnaround plans. At a recent public meeting at East, several students and parents said that most of the turnaround strategies in Rochester's schools haven't worked.

But the district can't ignore the directive from the SED to fix East. And Vargas can only choose a strategy from a short list of options. He cannot design his own plan, for example, as some parents and students have suggested.

Vargas says he will not recommend closing East — one of the SED's options. And his predecessor, Jean-Claude Brizard, tried phasing in new schools to replace low-performing schools — which resulted in problems.

That leaves working with an EPO, turning the school over to a SUNY college (Brockport, Geneseo, or Monroe Community College), or converting to a charter. The latter could be in the form of a teacher-parent led school, another option Vargas has considered. But Vargas says the proposals he has received seek a lot of autonomy with little accountability.

Though he hasn't settled on an EPO, it's an option that falls in line with what Vargas has been talking about for several months. He would welcome a college or university taking over some of the city's low-performing schools, he says.

Turning around a failing school, particularly a large high school, is extremely difficult. Vargas has until the end of the month to make his recommendation to the SED. He says he's also considering a second option, though he wouldn't say what it would be.

Vargas says the SED's intervention with East might have been avoided if school officials had only focused on the basics. East's graduation rate would be about 10 points higher, he says, if greater attention had been paid to attendance, for example.