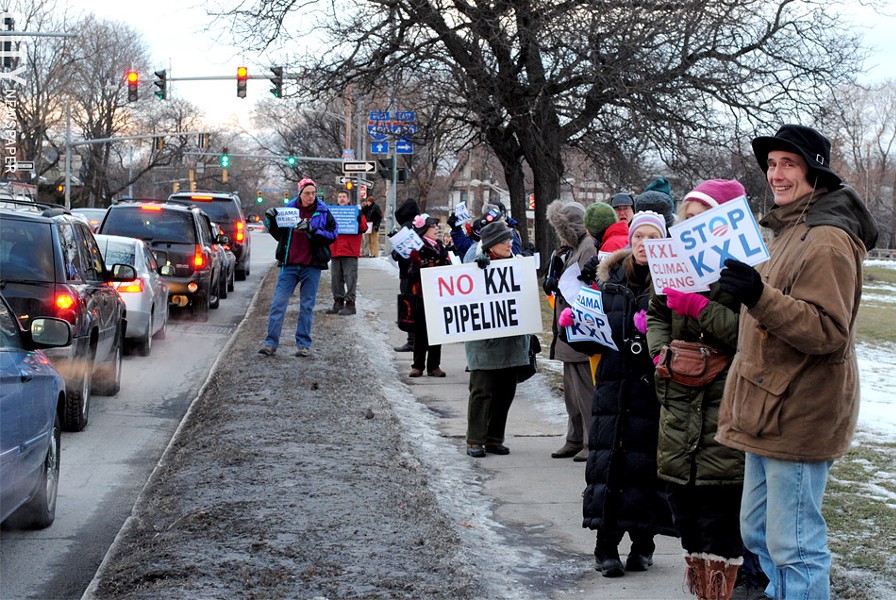 But just last week, the US State Department released its environmental review of the proposed extension. It says that the pipeline would not have a significant impact on greenhouse gas emissions. 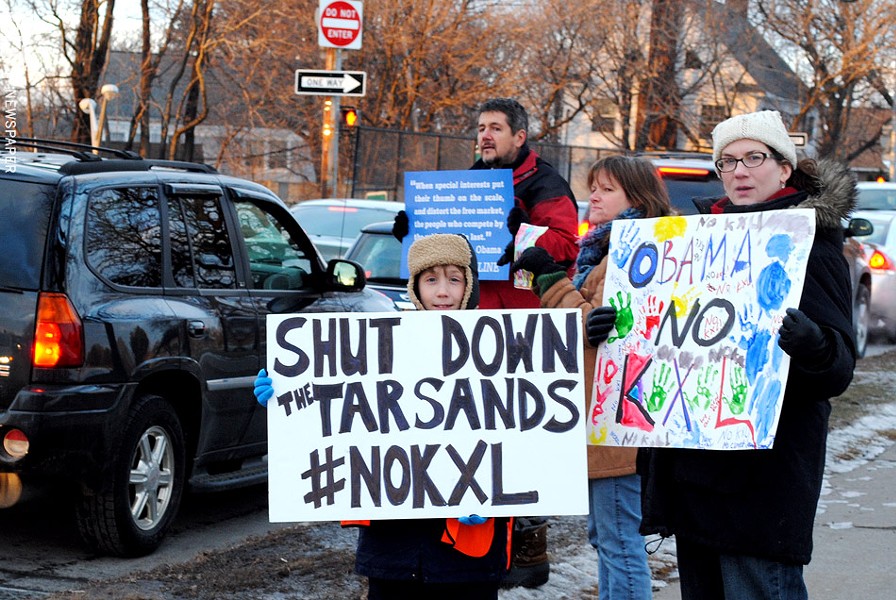 During the evening commute hours today, a group of Rochesterians lined Culver Road at Cobbs Hill Park to show their disapproval of the project and to encourage Obama to reject the pipeline proposal. Critics say the pipeline will enable the continued extraction of oil from Canadian tar sands fields. The tar sands oil is dirtier than conventional crude, and its extraction and refinement is water and energy intensive. Tar sands crude also has a higher greenhouse-gas footprint than conventionally extracted oil.

And since the Raging Grannies were at today's vigil, here's a clip of them singing an anti-Keystone song: