December 10, 2013
While Lovely Warren campaigned for mayor, she made a compelling observation about the city that resonated with many voters. Her description of “two Rochesters”— a city divided by economic and political power — was one of the most important narratives of the mayoral election. Warren tapped  into  a  sense of  anger  about  wealth disparity.

But Warren could have been speaking to voters in dozens of cities across the country. According to a recent New York Times article, 22,000 children in New York City  are homeless — the highest number since the Great Depression. 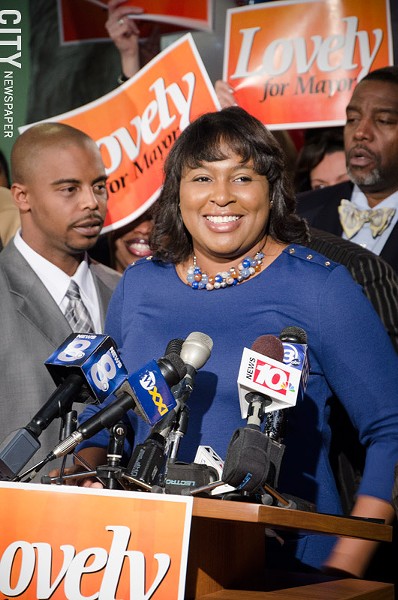 NYT writer Andrea Elliott tells what it’s like to be homeless through the eyes of young Dasani and her siblings in a city where extravagance is a main allures. It’s a gripping read about America’s growing underclass, the predatory nature of poverty, and how the city’s housing policy decisions under Michael Bloomberg have adversely impacted its most vulnerable citizens.

A second piece is a speech by David Simon, creator of The Wire television show, that appeared in The Guardian. Simon describes two Americas — a country so dominated by capitalism and free-market principles that it has lost sight of its responsibilities to a greater society.

“People are saying I don't need anything but my own ability to earn a profit.” Simon said. “I'm not connected to society. I don't care how the road got built, I don't care where the firefighter comes from, I don't care who educates the kids other than my kids. I am me. It's the triumph of the self.”

Unbridled capitalism is rewarding some Americans handsomely and damaging others in its wake, Simon said. Even worse is a perception held by many that the wealthiest Americans are benefiting from the struggles and sacrifices of those at the bottom.

Simon notes that socialism has become a dirty word in American culture — the non-identical twin of communism. But many of the social and economic issues that we’re wrestling with today – economic disparity, concentrated wealth and political power, high unemployment, and a dysfunctional judicial system – are some of the very same problems that gave birth to European socialism.