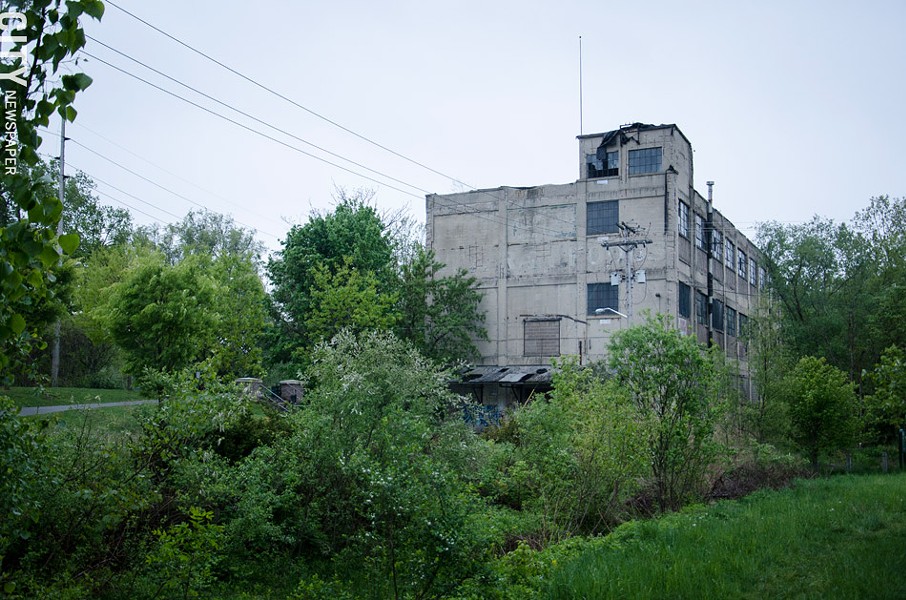 Late last week, Governor Andrew Cuomo's office announced that the South Genesee Implementation Strategy — a project that includes the Vacuum Oil site in southwest Rochester — will receive $868,500, and the Bull's Head Revitalization Plan will receive $284,745. Both grants were awarded through the state Brownfield Opportunity Areas program. In a press release sent out yesterday, city officials said that the grants will help clean up more than 330 acres in the Vacuum Oil and Bulls Head project areas.
The Vacuum Oil grant will be used for "predevelopment projects" including building surveys, geotechnical investigations, and other site analysis work for the 148 acres surrounding the Vacuum Oil site on Flint Street, says the press release. The project area includes 38 brownfields — the largest of which is the 40-acre Vacuum Oil site. The grant-funded work will take about two-and-a-half years to complete, the release says. The city is working with the Plymouth-Exchange Neighborhood Association on the project.

The Bull's Head project covers 188 acres and includes more than 150 potential brownfields, says the city's press release. The state grant funding will be used to complete a revitalization plan for the Bull's Head neighborhood and some surrounding areas, says the press release. It also says that the work should take approximately a year-and-a-half to complete. The city and Sector 4 Community Development Corporation are working together to develop the plan.