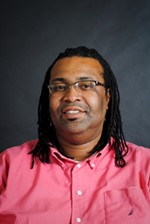 In some places, people line up for a Friday night fish fry. In Rochester, there is at least one neighborhood where people line both sides of the street on Friday nights to buy drugs.

Spaull shared the anecdote, told to her by a friend, at a meeting of Council’s Public Safety Committee yesterday. Earlier in the meeting, Council member Adam McFadden, the committee’s chair, introduced legislation to create drug-free zones in the city.

The legislation would create a new section of City Code to prohibit loitering in defined areas for the purpose of selling drugs. The zones would be identified by the police chief, using criteria set out in the legislation (see below).

Drug dealers have gotten too comfortable, McFadden said, sharing stories of dealers relaxing on lawn chairs while selling. People in some neighborhoods are afraid to walk to their corner store, he said.

McFadden said that he created the legislation to agitate dealers out of complacency, and to give police an added tool to combat open-air drug markets.

“People are too comfortable in some of these neighborhoods in breaking the law,” he said. “We can’t afford to do nothing.”