October 03, 2013
State Education Commissioner John King offered tepid praise for Rochester’s public schools during a visit here yesterday, saying that the schools have "potential" for significant improvement. And he praised Superintendent Bolgen Vargas for the steps Vargas has taken to convert that potential into academic gains: implementing extended learning, increasing of instruction, improving attendance, and focusing on reading. 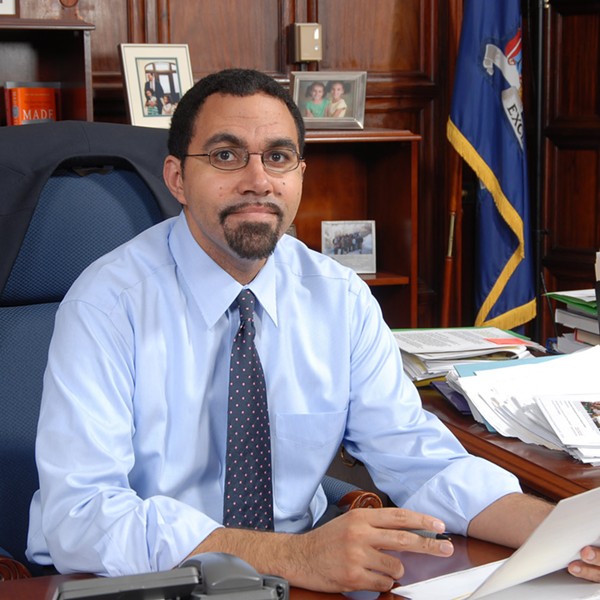 King was in Rochester on a back-to-school tour of districts throughout the state.

And he said that he not only appreciates what Vargas has done to improve Rochester’s schools, but that he’s also impressed by the superintendent’s sense of urgency.

King took a completely different tone toward Buffalo’s schools. He said that making excuses for low student achievement because the population is largely poor and has many English language learners isn’t acceptable.

When asked what else the community of Rochester should do to improve student achievement in city schools, King made two points. First, Rochester, like many urban areas, will need to increasingly turn to its corporate citizens for help with wraparound services, he said. Rochester is fortunate to have an education-minded company like Wegmans, King said.