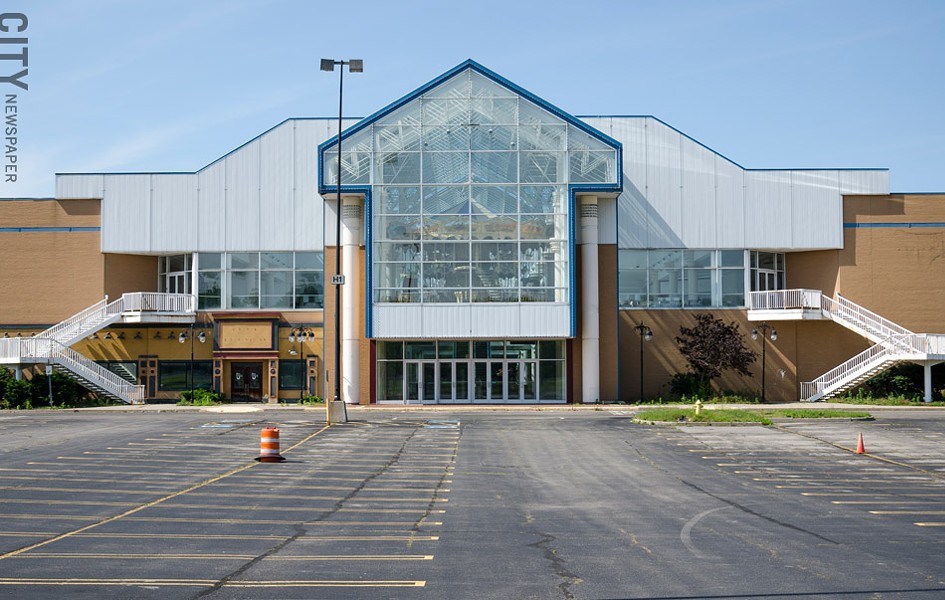 Next Friday, Medley Centre owner and developer Scott Congel will be in a room with representatives of the Monroe County Industrial Development Agency, the Town of Irondequoit, and the East Irondequoit School District. On the agenda: Congel's failure to meet the most recent milestone in a tax incentive agreement.

Congel requested the meeting, says Michael Townsend, COMIDA's attorney. Townsend says that before COMIDA officials would meet with him, Congel had to meet three preconditions: he had to mow the grass around the mall, he had to fill in the potholes in the property's parking lots, and he had to secure contracts to demolish three structures on outlying parcels. He's complied with two out of three, Townsend says. COMIDA officials are still waiting on paperwork for the demolitions.

In April, Congel was supposed to submit proof that he's invested $165 million or more into redeveloping the dead mall. But he has not done so, and Irondequoit-area officials say that it's highly unlikely he met the requirement. So right now, Congel is in default on the PILOT, though none of the three government bodies involved have made moves to sever the agreement.
Townsend says that Congel has, for some time now, wanted changes to the tax agreement. But to get what he wants, the developer is going to have to prove that he's seriously working to make the project happen.

"If he's going to get financing, the PILOT is going to be an instrumental part of that financing," Townsend says. "If he's in default, no bank is going to lend him money. So he needs our cooperation and consent to push the milestones back. Under the right circumstances I think we'd do that just because there's no viable option for the mall other than his. We need to hammer out details. There's a fair amount of skepticism on our side of the table, obviously."

This morning, Irondequoit Supervisor Mary Joyce D'Aurizio said that her immediate concern is getting the three outlying buildings demolished. That's especially important in light of ongoing work to reconstruct East Ridge Road and renewed commercial interest in the corridor, she says.

D'Aurizio said that she hasn't been given much information about next Friday's meeting.

Earlier this week, WROC reporter Rachel Barnhart, citing unnamed sources, said that Congel is talking with the Seneca Nation of Indians about locating a casino in Medley Centre. Townsend and D'Aurizio said they don't know if that's true, though D'Aurizio said that Congel has been interested in having a casino at Medley. The PILOT agreement specifically prohibits a casino at the site, however.

In a recent press release, the Senecas announced that they've hired Flaum Management to "organize and coordinate gaming and hospitality development in the Town of Henrietta."