POTUS POP IN: Rochester gets a glimpse of Obama 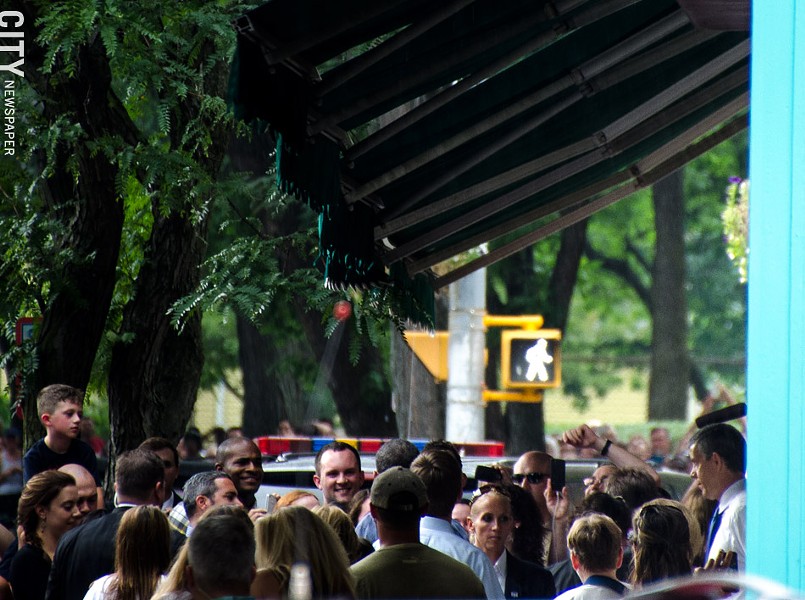 After a day or so of speculation and preemptive sour grapes, Rochester did, in fact, get a quick, casual visit from President Barack Obama today. (It had been thought that Obama would skip Rochester on his upstate swing.)

The media and the general public learned about the POTUS pop in at the last minute — the moment the presidential motorcade pulled off I-490. Shortly after, people started tweeting that the motorcade was at Magnolia's Deli and Cafe on Park Avenue. 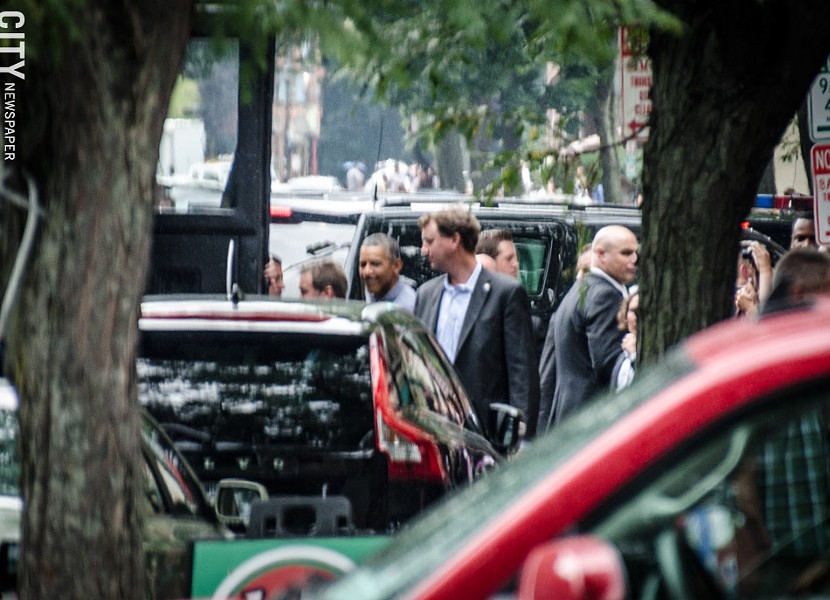 The president started his day in Buffalo, where he talked about his plan to control rising college costs (the Buffalo News has a video of his speech here and the White House has a transcript here). And later today he'll deliver a similar speech in Syracuse. He made his Rochester stop as he traveled between the two other cities.

We sent our photographer, Mark Chamberlin, down to Magnolia's to see if he could get a shot of Obama. Access was locked down tight and a Secret Service car cut Mark off. But he still managed to capture a little bit of the scene.