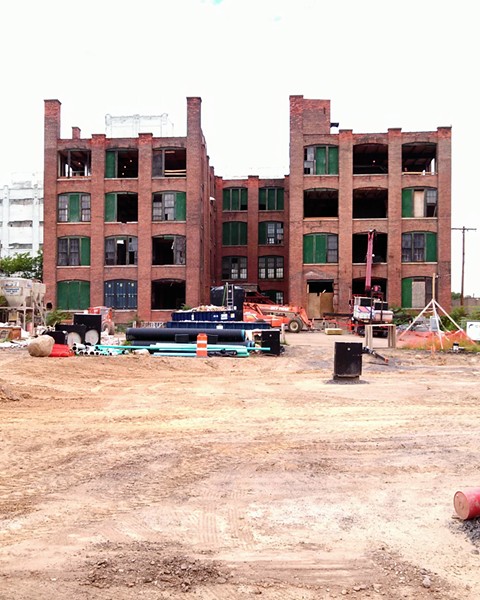 For more than 25 years, the Cunningham Carriage Factory building at 33 Litchfield Street in the Susan B. Anthony Neighborhood sat vacant. That changed when DePaul, a nonprofit housing and social services organization, bought the property and began developing it into housing.

Now, construction crews are stripping the sturdy brick building down to its bones. From there, they'll convert the former factory into 71 lofts that DePaul will rent to income-eligible tenants.

But environmental cleanup work is also part of the current construction activity at the site. According to a state Department of Environmental Conservation database, the site is contaminated with several industrial solvents and is currently participating in the Brownfield Cleanup Program. 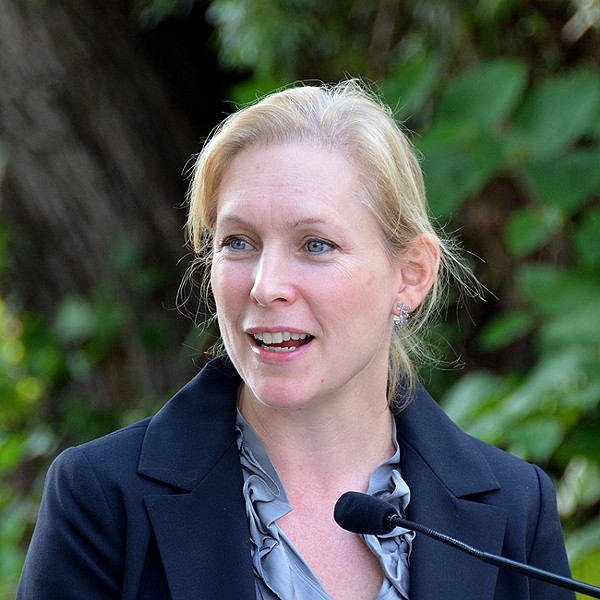 This afternoon, Senator Kirsten Gillibrand stood in front of the Carriage Factory Apartments project to advocate for the Brownfields Utilization, Investment, and Local Development Act. The legislation would give local governments and nonprofits better access to federal brownfields programs and funding. The legislation includes provisions that would allow for larger grants, permit nonprofits to receive brownfield grants they currently cannot, and encourage waterfront brownfield redevelopment.

"I'm very confident through these investments we can help communities like this continue to grow," Gillibrand said.

Democratic Representative Louise Slaughter is a sponsor of the House bill and has advocated for it for several years, her spokesperson says.