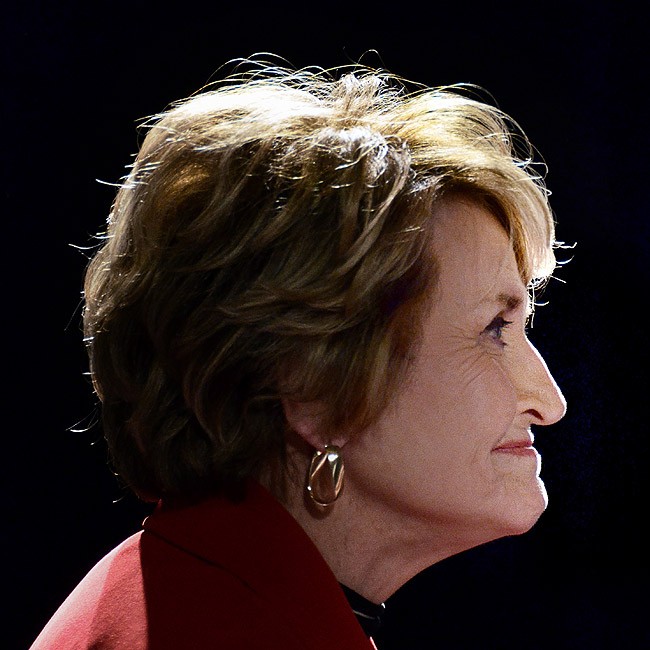 Representative Louise Slaughter endorsed Rochester Mayor Tom Richards for re-election at a press announcement earlier today. Richards is in a primary battle with Lovely Warren, who is president of City Council. (Warren's response to Slaughter's endorsement is at the bottom of this blog.)

“This city is on the march,” Slaughter said. “I need to keep my partner.”

Richards said Rochester went through a period of disinvestment at the business, government, and community levels. But that period is over, he said. Responding to critics who have suggested that he has been mostly concerned with downtown development, Richards said that more than two-thirds of the investment is in projects outside of downtown.

Redevelopment is not about buildings, he said. Improvements to downtown are for the benefit of the people who work and live in them, he said.

And Slaughter said that Richards has made great strides putting women and minorities to work.

Today's press conference was held at the 1872 Café on West Main Street, not far from the Susan B. Anthony House at 17 Madison Street. Anthony was arrested in 1872 after attempting to vote in the presidential election.
Both Slaughter and Richards said that the café and improvements in the Susan B. Anthony neighborhood are representative of Richards’ commitment to improving city neighborhoods.

WARREN'S RESPONSE (via e-mail):
"Our campaign is about the people of the City of Rochester not the big named politicians, special interest groups or high roller donors. This is about everyday citizens, middle class families, children who are being lost to an educational system that continues to fail them, and families who have and continue to lose loved ones in the streets of our city. My campaign is for everyday Rochesterians, not a who's who of Greater Rochester area. I respect everyone and their right to support whichever candidate they choose. However, at the end of the day, I knock on the doors to my neighbors and the people who actually live in the City of Rochester and ask them for their vote because it is voices that matters, and their votes that count — and that why 6,246 voters signed my petition; more than double the number collected on behalf of Mayor Richards. This race is about them, for them, and I will continue to work hard on their behalf."