Elected officials are finding it easier and easier to get behind active transportation initiatives. As she spoke to the audience at yesterday's Genesee-Finger Lakes Active Transportation Summit, Monroe County Executive Maggie Brooks ticked off the reasons why, including economic and community health benefits. 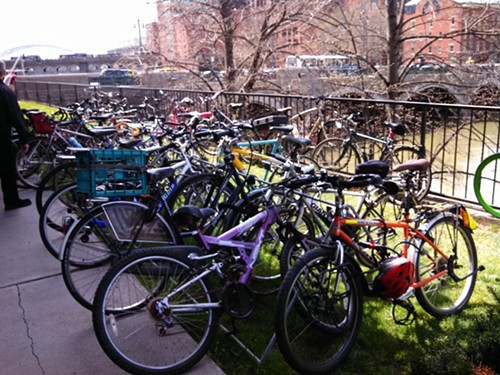 Brooks told the crowd that the county's Transportation Department has been working with members of the Rochester Cycling Alliance to make sure road projects incorporate bike-friendly features. And the department has given the alliance advice on how their advocacy could help the county accomplish their mutual goals, she said.

Brooks also said the county will complete a major active transportation initiative this year: it'll finish installing countdown crosswalk signals on county roads. It's a federal mandate, but it's something officials wanted to do anyway, she said.