Cats and wildlife: new focus on an old issue 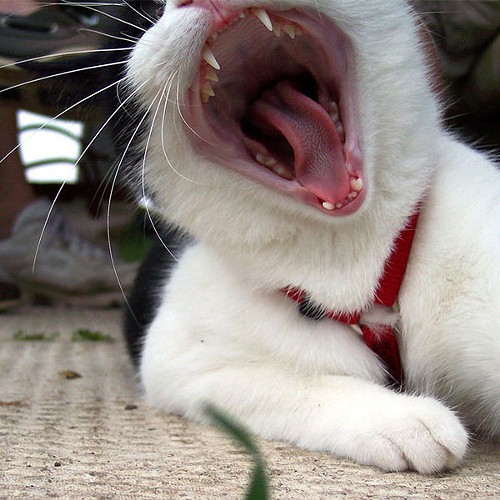 I'm kind of surprised by the amount of attention and press the predatory habits of cats has received lately. The New York Times, for example, wrote an editorial, "Soft and Deadly," encouraging cat owners to keep their pets from freely roaming outside.

What's giving the story legs is a new study published in the journal Nature Communications. It says that in the United States, "free-ranging" domestic cats kill 1.4 billion to 3.7 billion birds each year, and 6.9 billion to 20.7 billion mammals. Stray cats — feral cats, for example — do the most killing, it says. The study was conducted by researchers from the Smithsonian and the US Fish and Wildlife Service.

This is an important, but old, issue, so the sudden interest caught me off-guard. Since 1997, the American Bird Conservancy has run a campaign about keeping cats indoors. And that's only one of several such efforts, though some focus more on cat health than on wildlife impacts.

This morning, Cornell University sent out a statement from Bruce Kornreich, associate director for education and outreach for its veterinary college's Feline Health Center. Kornreich said the study's findings highlight an important ecologic issue. He also said that educating cat owners about the need to keep cats indoors and educating the public about the commitment involved with cat adoption is crucial. Both will help control stray cat populations, he says.