On Tuesday, a joint US-Canada board tasked with managing St. Lawrence River and Lake Ontario water levels will hold a teleconference on that topic.

The teleconference, which starts at 7 p.m., is being held by the International St. Lawrence River Board of Control, a sub-board of the International Joint Commission. The presentation will address current and projected conditions affecting water levels and the actions the board of control takes to manage the water’s height. After the presentation, the board representatives will take questions from participants.

Earlier this year, the IJC proposed a new plan to regulate Lake Ontario and St. Lawrence River water levels, but that’s not what this teleconference is about, at least not directly. The board’s forecast will surely become part of the debate over the IJC plan.

The teleconference can be accessed via phone by calling (877) 413-4814 and entering 3121346 when prompted for the access code. For more information, including links to presentation slides, go here. — Jeremy Moule 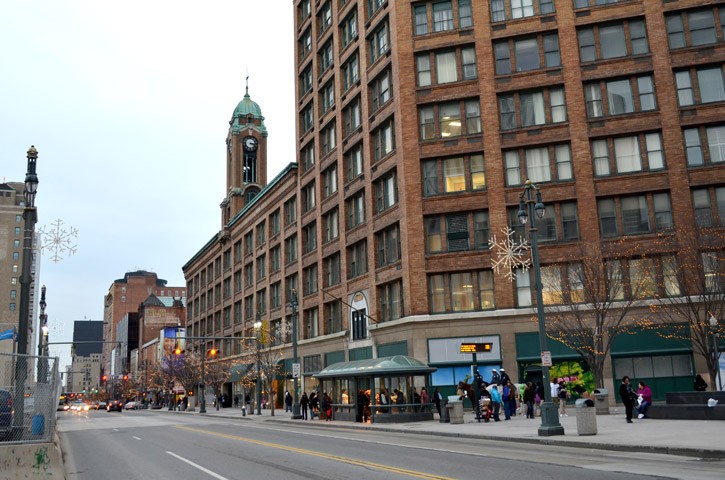 At their meeting on Wednesday, City Council members are expected to vote on a deal to sell the Sibley building to Sibley Redevelopment Limited Partnership, an entity to be formed by the Boston-based Winn Development. (The meeting is being held on Wednesday rather than Tuesday because of Rosh Hashana.)

Winn plans to use the building for retail, offices, and housing. Council members initially said that the proposal was overly complex and that it gave too much discretion to the mayor. They also questioned whether the city would be setting itself up for another quagmire if Sibley Redevelopment can’t make a go of the building.

Council Vice President Dana Miller said in a phone interview this morning that Council had shared its concerns with the administration, and that he expected Council would vote on the proposal at its Wednesday meeting, which is at 6:30 p.m. at City Hall, 30 Church Street. Miller said he didn’t know whether Mayor Tom Richards has made changes to the agreement. (We have a call in to the Richards administration on that question.) — Christine Carrie Fien