The health-care discussion we’re not having

There is a time bomb hidden in this whole health care debate, and it has nothing to do with the Affordable Care Act. 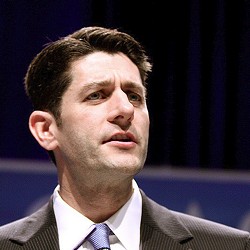 This potential catastrophe is a result of the Budget Control Act that President Obama signed into law in 2011. Unless Congress and the president act to change the law, approximately 8 percent will be cut automatically from every federal program that hasn’t been specifically excluded on January 1, 2013. That includes cuts to funding for the National Institutes of Health.

This is a big deal for Rochester, because the University of Rochester, the biggest employer in Monroe County, gets a lot of money from NIH. The UR Medical Center received $178.4 million from NIH in fiscal year 2012, or 9.2 percent of the URMC’s total revenue of almost $2 billion.

A source at URMC says the NIH funding pays the salaries of hundreds of scientists, students, and researchers. The money is also used to buy new equipment, purchase supplies for research projects, and sometimes pays the tuition and fees of students through special NIH training programs.

Think about the ripple effect of an 8 percent cut to that funding. It would seriously affect employment in the region and enrollment at URMC. There would likely be fewer opportunities to spin off companies and technology from the Medical Center — seen by many as an area of potentially significant growth for the city — and medical research would be hampered.

Why aren't local political candidates talking about this?

By the way, vice-presidential candidate Paul Ryan’s plan included a 20 percent cut to discretionary programs, including funding for the NIH.

“That would decimate the economy of this town, much more so than the Affordable Care Act,” says one local health-care expert.