The F Word: The new normal and the old weird 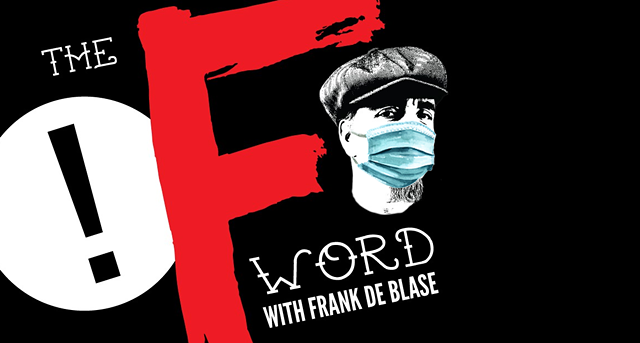 Who would have thought I would have lasted this long — almost six months — without going out to see live music? Forget the “new normal,” I want the old weird back.

And that’s precisely why I headed over to Abilene Bar & Lounge’s backyard patio on Friday, along with about 20 other souls. Musicians Nate Coffey and Mary Monroe were simultaneously celebrating birthdays during an exuberant set that doubled as a live recording.

Coffee was “en fuego,” as they say in Madrid, with strong and fluid guitar-picking that borrowed from flamenco without too much larceny. The man borrows from a lot of genres, far and wide, just long enough to put his spin on it before returning the musical styles unscathed.

Coffey’s band, including Mary Monroe on harp, percussionist Steve Imburgia, and bassist Ron Edwards played a lengthy set under balmy weather and perfect skies. Multiple guests gave cameos — including flutist Tom Gravino, singer Teressa Wilcox,  guitarist Herb Heinz, harmonica player Tim Brundusie, and David Young, playing two recorders at once. It was a perfect way to get back to seeing a band without the risk of burning up upon re-entry.

It felt so good, I had to do it again.

The next show was a physically distanced, picnic-friendly affair on Sunday afternoon at Corn Hill’s Gazebo at Lunsford Park, where the larger-than-life zydeco impresario Woody Woodward had booked guitarist Dave Riccioni, with his versatile band Dave and the Blue Cats. The band gave an extra jump to the blues under the dappled sun. It was as if Woodward had plugged in his personal boombox for all to enjoy.

Future shows at Corn Hill’s Gazebo include Head to the Roots on August 16, The Spring Chickens on August 23, and Cinnamon Jones and Eternal Soul on August 30. All shows run 4 to 7 p.m. There is no charge, and just remember: Mask it or casket. F out.