May 13, 2020
[UPDATED 5/14/20] This article has been updated to include information on the newly announced online event "Wag the Jaw with Tommy Brunett."

Tommy Brunett is a triple threat. He’s the CEO and founder of Iron Smoke Distillery, the 56-time award-winning whiskey company in Fairport. Brunett also runs the tasting room and live music venue on-site, and he’s a musician himself as frontman for the Tommy Brunett Band.

Earlier in his career, Brunett played guitar with the Rochester heavy metal mavens in Immaculate Mary, the band that displaced The Who as the “Loudest Band in the World” in 1988. The guy clearly knows how to let loose, and he’s brought that vibe to his distillery.

So the whiskey was flowin’, the joint was jumpin’, and the guitars were twangin’. Everything was jake; it was Shangri-La di da. Nobody saw it coming.

Then along came the COVID-19 sneak attack, and things fell silent. Brunett was hit in all places that you don’t want to be hit. He found himself having to adjust, just like the rest of the planet.

“I was on the road when the wheels came off in early March, and left to come home early after a cancelled event in Fort Lauderdale,” he says. It hit him hard as a business owner. “It was a long, uneasy, and contemplative trip home,” he says.

On a personal level, Brunett clearly has empathy for those tasked with battling the pandemic directly. He recently gained traction with the timely and beautiful song “Angels in the Rafters” — and its accompanying video — with fellow Rochester musician Elvio Fernandes. Lyrically, the track explores the plight of first responders during the pandemic.

Brunett’s company reflects this empathy as well. Iron Smoke adapted quickly, shifting to the production of hand sanitizer and partnering with Rochester Midland Corporation to distribute approximately 15,000 gallons of the product to hospitals, first responders, and other workers on the front lines who are most at risk of contracting the virus.

“We would make it, bottle it, and they would sell it and distribute it,” he says. “When the fishermen can’t fish, they fix their nets. That’s what I’ve been telling people, to encourage them to not stop being productive and turn this into some positive.” 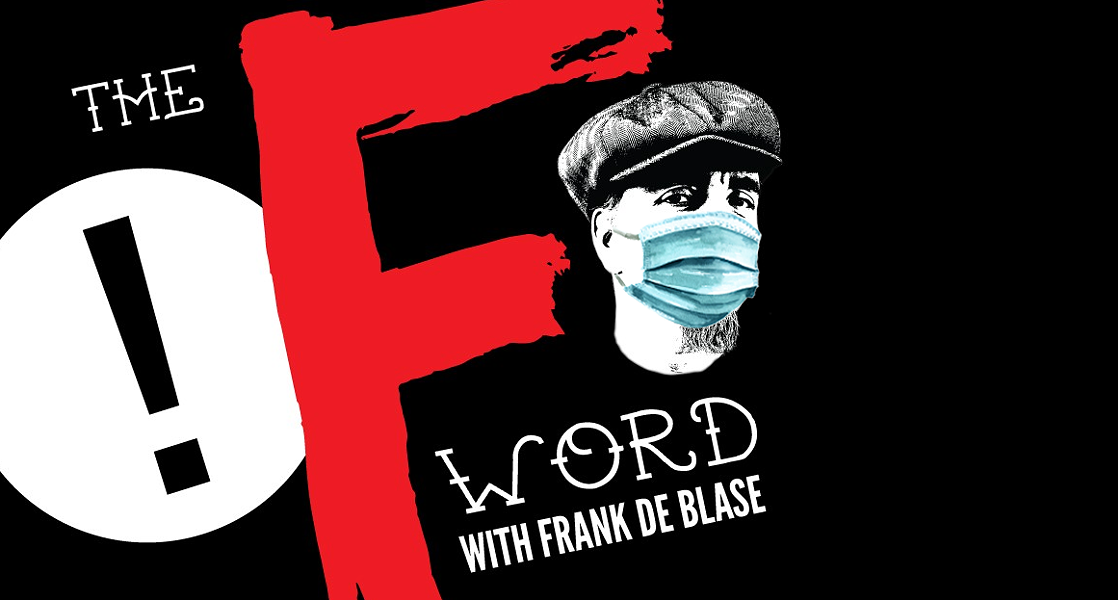 As a venue owner, Brunett had been getting his legs under him. Iron Smoke was a cool joint, and more and more people were coming out before COVID-19 kicked those same legs out from under him. Brunett didn’t know what to do, until he had breakfast with Rochester radio icon Brother Wease, who offered some sage but not exactly encouraging advice.

“I had lunch with Wease in Florida the day I headed back up to the ROC,” Brunett says. “And I told him that I was a bit distracted because of the whole thing, as far as the tasting room/venue side of the business quickly turning to shit, and I was trying to figure out what to do. And he said, ‘What’s there to figure out? You’re fucked, brah. Just realize it.’

“He was right,” Brunett says. “We would all go on to be fucked for a while, and hearing him say that about the live music and bar side of things brought me a little comfort in a very strange way. Then it was on to figuring out the rest of things.”

Brunett wasn’t just concerned about his business. He worried that the livelihoods of working musicians had become collateral damage — just part of what makes COVID-19 so insidious.

“As a musician, my heart completely fell out of my chest for all of my friends and cohorts depending on income from touring,” he says. “All sides: production, artists, promoters, venues. This is a world I know and have operated in, so it was crushing to think of them and their families without the ships sailing.”

Despite the choppy waters caused by the economic downturn, Brunett says that Iron Smoke has been able to keep its staff employed, helped in part by participating in the Paycheck Protection Program, or PPP.

Brunett also credits their weekly contributions of hand sanitizer to healthcare workers and others in need as a way to stay focused and express gratitude. “It feels good that we can make a small but sometimes significant contribution to the new rockstars out there,” he says.

Brunett is also reaching out online with a new talk show, entitled "Wag the Jaw with Tommy Brunett," which premieres live on Thursday, May 14, at 5 p.m. via YouTube, Facebook, and Instagram.  Stemming from happy hours that he had been hosting on Zoom,  his show will "lifestyle, music and, booze." The first show will feature virtual visits from reality TV stars — including the Greece-based psychic Jennie Marie of the TLC program "Mama Medium" — and a musical performance from Rochester's Todd Kraszman.

Believe it or not, whiskey sales are up overall, despite the pandemic. Brunett’s whiskeys ain’t your daddy’s spirits. It’s whiskey with a hint of smoke. For aficionados, that’s two great tastes in one that came from a serendipitous, you-got-your-peanut-butter-in-my-chocolate moment.

“I came up with the idea in the backyard in 2011, while getting my whiskey swerve on and smoking ribs — merging two great American pastimes of tasty BBQ and traditional whiskey-making,” Brunett says. Iron Smoke, a small-batch distillery that sources its liquor exclusively with local ingredients, will have its 10th anniversary next year.

Brunett has no particular insight, no crystal ball as to when this will all be over. He’s busy. There’s whiskey and hand sanitizer to be made, patrons to be served, rock to be rolled. There’s no time for worry.

“Change happens almost minute to minute right about now,” he says. “We’ll get there, but we need to figure out how to beat the virus before ‘back to normal’ happens, and that will be a while. The hardest thing to hear from my friends in the touring community is that it may be a long haul: 18 months or more before the crowds start roaring again. God only knows.”