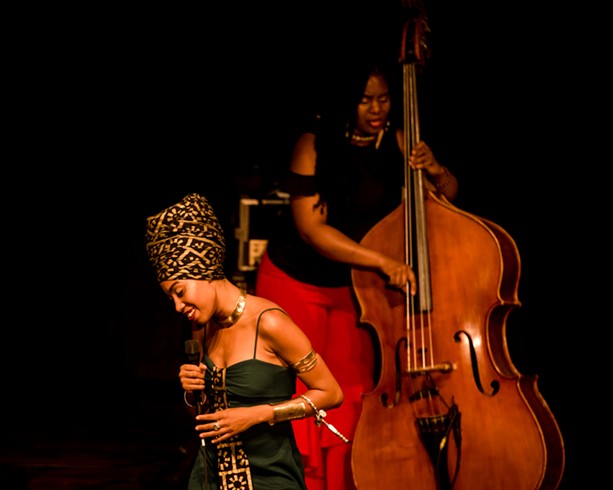 When Jazzmeia Horn took the Temple Building Theater stage Wednesday night, it was obvious she was a commanding presence in a long green dress and brightly colored African head wrap. As soon as she launched into her first song, Betty Carter’s “Tight,” there was no doubt that there was plenty of substance to go with the striking image. Horn was well supported by pianist Victor Gould, bassist Endea Owens and drummer Henry Conerway III, all of whom took excellent solos. Gould was especially strong on every excursion.

Of course, Horn took the most fanciful excursions of all, deviating from the lyrics of every song with sounds ranging from the highest bird-calls to the lowest guttural utterings. She sometimes did this high-and-low back-and-forth in a unique form of call and response with herself. And when this band traded eights at the end of a tune, it wasn’t with the usual instruments: It was Horn’s free-ranging voice improvising and dueling with the drummer.

In a way Horn is old-fashioned, covering standards like “East of the Sun (And West of the Moon)” and “Night And Day” and scat-singing like Ella Fitzgerald and Louis Armstrong. But she is also future-oriented, stretching the human voice beyond the usual limits and adding her own decidedly contemporary lyrics to subvert the meaning of those standards. “Willow Weep For Me” is a great song about self-pity but in the hands of Horn that willow is weeping for the current state of affairs in our country, violence in the streets, and private prisons.

Harold Danko was a little like a wonderfully absurd character in a Woody Allen movie at Hatch Hall. The Eastman School of Music Professor Emeritus told himself a few times not to talk too long. And he explained to the audience why he was more comfortable starting songs in the middle before getting to the beginning. He also said that, because so few people play it, he is devoted to his own music. He then proceeded to play tunes that, in a couple of cases, have been covered by Chet Baker, Lee Konitz, Rich Perry, and Teddy Charles. Not bad.

The tunes were all strong, but what was more impressive was Danko’s ability to create endless variations of his verses, from sparse to grandiose, on every tune. A particularly fascinating series of compositions in the middle of the set paid tribute to his jazz heroes, including Bud Powell, Wayne Shorter, and McCoy Tyner, and the tunes had stylistic similarities to the work of those heroes. The Tyner tune was especially evocative, with extraordinary technical flourishes. Danko saved the best for last, his wonderful “Tidal Breeze.”


Over at the Lutheran Church guitarist Torben Waldorff played a set that was hampered by good acoustics. Churches are constructed so that voices from the stage can be heard in the balcony, not for amplified electronic quartets. So Waldorff, who is an excellent guitarist with a high, ringing tone reminiscent of Pat Metheny, sounded a bit muffled when playing with his full band. The only time he and the others sounded as good as they should have sounded was when things got subtle, as they did when the band played a ballad, “Our Sound Of Love.” 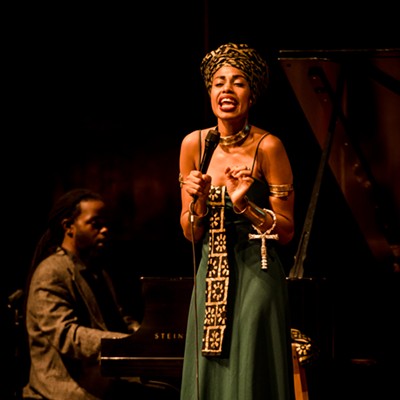 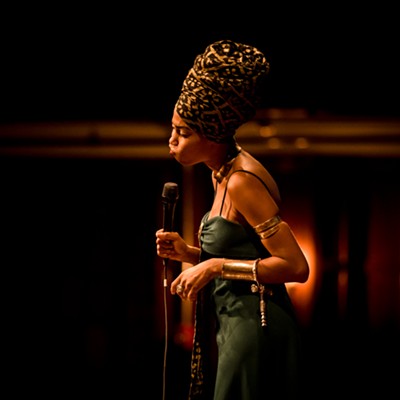