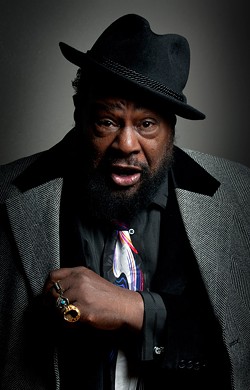 Mayor Lovely Warren announced in a press conference Thursday that The Rochester MusicFest has been re-tooled, re-branded, and re-named The Rochester Summer Soul Festival.  The newly named festival will be handled by  Xperience Live Events, LLC., a promotions and events planning company based in Maryland and founded by Rochester native Varick Baiyina.

The festival will make its debut Saturday, August 25, and Sunday, August 26, at Frontier Field. Two headline acts have been secured so far by: Morris Day & The Time and George Clinton & Parliament Funkadelic. Both are slated to perform August 26. Xperience Live is in the process of lining up more acts for the two-day event and plan on releasing that information in the coming months.

In addition to the live music, The Rochester Summer Soul Festival will be a block party, featuring a community stage, children's activities, health zone, local vendors, and food trucks to complement the fest's overall community feel.

The re-branding could be a fresh start for the festival. As The Rochester MusicFest, the annual event struggled with inconsistency over the years: it frequently moved locations and had difficulty consistently securing big name talent (John Legend, Al Green, and Macy Gray performed in the festival's early days).