Wait a minute. Think about it: 50 is only middle age if you live to be 100. And how many of us are going to be that lucky? Time is flyin', man, and there's none to waste.

As a creative person, there are certain things I want to do and add to my legacy before the big adios. And it looks like I've only got minutes left. Looking at time in minutes as opposed to hours, days, weeks, or months is motivating — and it's as daunting as the mystery of how it'll all end. It just cost me three minutes writing this paragraph. Shit.

Seeing live music is a shared experience in a microcosm over a select period of time; it's a swapping of minutes, if you will. And it's your responsibility to spend those minutes wisely or get out.

Unless you're — warning: hardcore catholic reference ahead — Padre Pio, you can only experience one performance at a time. So making it count should be a priority for all parties involved. Don't waste your time talking while an artist is playing, and don't tolerate a band that doesn't present their best. 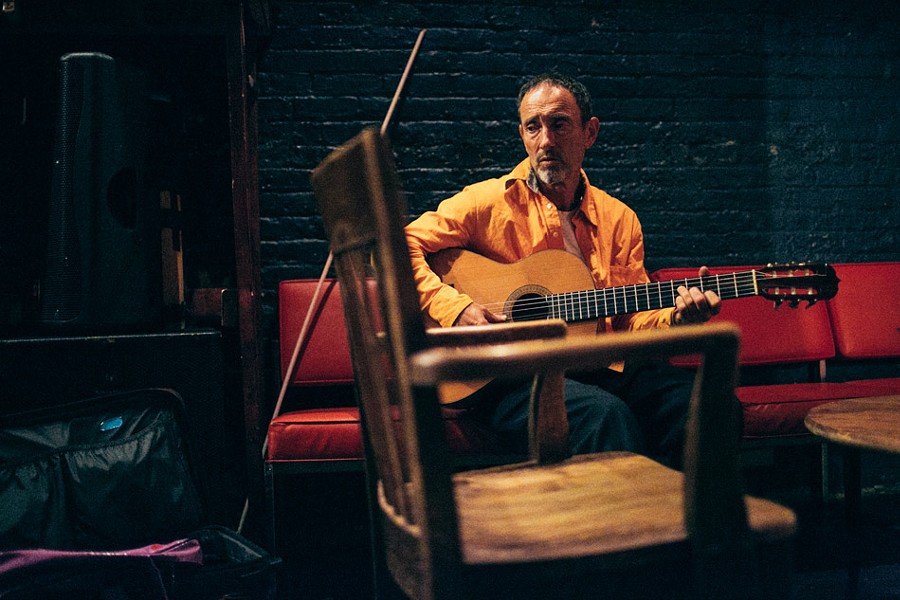 My outing on Saturday to see Jonathan Richman is a classic example. People packed Skylark, paying around $25 and potentially 90 minutes to see Richman, who refused to turn up the volume — kind of a dick move if you ask me — after repeated requests from the audience who couldn't hear. Me and my minutes got the hell out of there.

As I write this, so far, I've lived approximately 51 years or 612 Months, or 18,615 days, or 446,760 hours or 26,805,600 minutes. But they're ticking away at an alarming rate; almost too fast to look back and reminisce like "Gee whiz, those sure were the good ole minutes." The minutes are dwindling as we speak. This haunts me every time I see a lousy show or a crumby movie; it's just a waste of time; time I can't get back. I'm rapidly developing the attitude that it has to be worthy of my minutes if I'm to bother with it all.

For instance those who engage in small talk or talk about the weather, you're done. People that say "irregardless" or type "LOL" — sayonara. Mainstream media news can go, too, along with people that think my wife's accent is English. Spend your minutes wisely, kids, who knows how many you have left. It could only be in the millions.

Last Wednesday, I started out my evening as I frequently do, with a pocket full of minutes. I went over to the Record Archive's Backroom Lounge for the Infrared Radiation Orchestra, which blew my mind and the lid right off the joint with slick interpretations of Eastern Dark and Quicksilver Messenger Service. Kim Draheim's guitar was violent and majestic. When it's a Mosrite, it's all right.

For a hairpin turn in dynamics, I vacated the space for The Little Theatre Café, where the Margaret Explosion had taken up the psychedelic baton, lit the fuse, and followed the muse. It was a different exploration as guest guitarist Steve Piper (Watkins & The Rapiers) led the attack with his guitar and fed my head. It was atmospheric and trippy as always, but a little more sure-footed. It established the mood in under a minute and maintained it for the 30 that I stuck around for.

Saturday, after bailing on Jonathan Richman, I limped on over to Anthology to catch the last few songs with The Weight Band, featuring members of The Band, The Levon Helm Band, and the Rick Danko Group. In particular, the group features Jim Weider of The Band, featuring some amazingly soulful guitar over the band's world-weary groove. The sound was amazing and the crowd was jazzed. So was I. I left with my head buzzing and minutes to spare.

The Hi-Risers stopped in for an interview (comes out in April) to introduce the new drummer, Trevor Lake, and discuss the new album, "My Kind of Fun."

A hearty hell yeah goes to Passive Aggressives Anonymous who got some NPR love for its entry video of "Middle Class Male Cry" to the Tiny Desk Contest. Check out the story over at NPR, and the watch the video below.

And check out my interview with country darlings Stay The Plow, in this week's CITY Newspaper, on stands Wednesday. F Out.