As the members of Phronesis made their way to the front of the Christ Church sanctuary for its first set on Thursday night, they looked more like a rock band than a jazz trio. Group leader and double bassist Jasper Høiby looked a bit like a lankier, Nordic version of the late, great Kurt Cobain, pianist Ivo Neame had a kind of rockabilly vibe, and drummer Anton Eger sported a Motörhead T-shirt and the kind of haircut that was meant for headbanging.

Ultimately, the band's appearance was rather fitting: the trio followed through on a hard-hitting set. On "OK Chorale," Eger showcased his almost hyperactive approach to the drums, which gave the music added edge throughout the performance. The Scandinavian musician easily took the prize as the most entertaining drummer I've seen at this year's festival.

Høiby's bass anchored the music in each moment, his low-end grooves forming the nexus of the compositions. His bass lines often took the fore, not just rhythmically but also melodically. This freed up Neame to fill in the gaps with sparkling textures and beautiful flourishes on the piano.

Phronesis played frequently up-tempo, sophisticated jazz that never sounded overwrought, but struck the perfect balance between conventional and cutting-edge. The quality and complexity of Høiby's melodies -- especially on such an unwieldy instrument as the upright bass -- was consistently impressive.

Perhaps the most intriguing aspect of Phronesis's music became apparent during "Rabat": there was something inherently "hard rock" about the musicianship. There was a weight to it, an unrelenting quality that carried hints of heavy metal. This band is definitely one I'll be listening to more often.

You can find Phronesis at phronesismusic.com.

Upon hearing saxophonist Jeff Coffin's quintet In Orbit at Anthology, the band name seemed apropos. There was something cosmic in Coffin's solos, overflowing with energy and unfurling to the highest reaches of his instrument's register, before ripping into a dizzying flurry of notes that left the listener holding on for dear life. The use of reverb may have had something to do with the otherworldly sound. And I know I've never heard a sax filtered through a wah-wah pedal before.

As excellent as Coffin's performance was, he was outdone by his bassist, Felix Pastorius, whose chops rival that of Victor Wooten. Pastorius's playing had a glorious, liquid flow to it, up and down the fretboard.

Find In Orbit at jeffcoffin.com.

As the group's name suggests, the Oskar Stenmark NYC Quartet played a fusion of Swedish folk and New York City jazz. On flugelhorn, Stenmark's mellifluous tone had a warmth and honesty that was tangible. The music conjured up a cityscape at night, the glow of street lamps illuminating the silhouettes of strangers passing by.

Pianist Billy Test's performance was commanding and virtuosic, his presence a mixture of cool and majestic. There was something welcomingly laid-back about the quartet's second set at Lutheran Church of the Reformation, especially after the decidedly more frenetic concerts from Phronesis and In Orbit.

On Friday, I'll catch Down North at the Jazz Street stage, and the Iris Bergcrantz Group, featuring Anders Bergcrantz, at the Lutheran Church. 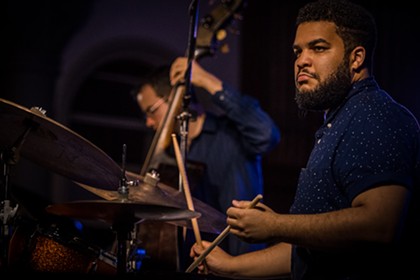 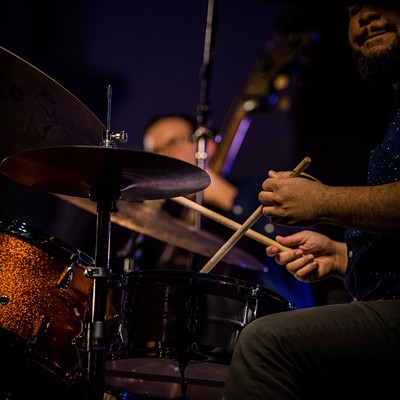 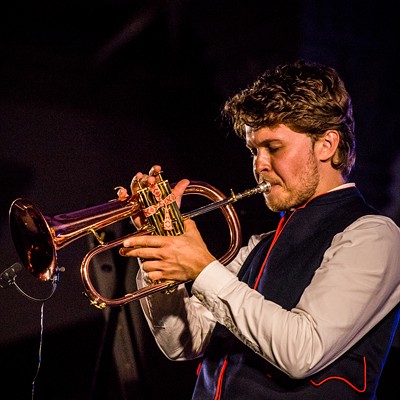 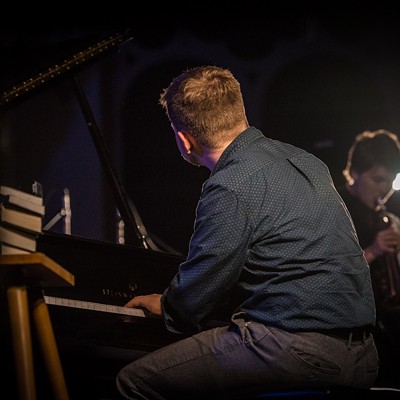 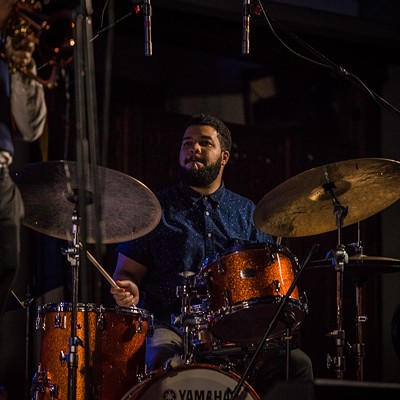 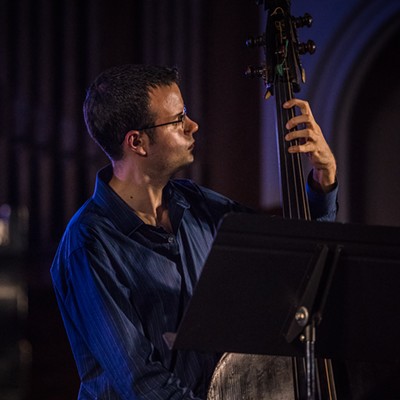 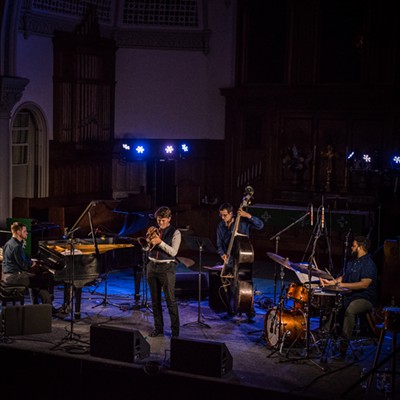