Holophonor plays a brand of jazz loaded with understated swagger and suave cool. Mentored by jazz greats Herbie Hancock and Wayne Shorter, the band is rooted in the past while resolutely looking toward the future, as evidenced by its early set on Sunday evening at The Wilder Room.

The powerhouse rhythm section -- drummer Jonathan Pinson and bassist Dave Robaire -- drove the music forward with subtle confidence. Impassioned and uninhibited solos from alto saxophonist Josh Johnson and trombonist Eric Miller gave things a freewheeling, untethered air of anticipation -- an ideal quality for music listening. Miller's sound, in particular, was rare. I've never heard quite as supple and mellifluous a sound from a trombone before. Filling out the horn section at the top was trumpeter and Rochester native Mike Cottone, whose poise and panache will undoubtedly serve him well during what is sure to be a long and fruitful career.

The highlight of the set was during the performance of a new song called "Zirma," composed by Johnson. Pinson laid down an extensive drum solo that was downright electrifying. If there's such a thing as legato phrasing on a drum kit, Pinson's playing had it. In a group stacked with dynamic musicians, including pianist Miro Sprague, he stood out.

On this evening, Holophonor was a band intrinsically connected to itself, exhibiting a calm charisma. The musical rapport between players felt natural and effortless. Watch out for these guys. A new record, Holophonor's second, is on the way later this summer.

The Elliot Galvin Trio makes moody music for the cerebral listener -- or more specifically, jazz for Radiohead fans. During the second set on Sunday night at Christ Church, pianist Elliot Galvin's melodies were often gestural, almost abstract. Melodic flourishes flashed across the keyboard like lightning, both ephemeral and visceral. His chordal language had just enough dissonance to give the music some bite. Galvin couldn't help but add twinges of harmonic dissonance to the undeniably pretty tune in "A Major."

As a band, the trio displayed extraordinary precision. The music's magic had everything to do with the rhythms, bolstered by bassist Conor Chaplin and drummer Corrie Dick. In that respect, in no song was the players' prowess more apparent than in "Punch and Judy," a periodically jarring, dizzying, and altogether fun work incorporating old audio from a performance of the famous puppet show.

The Elliot Galvin Trio was the kind of Jazz Festival act I would have liked to see twice. Galvin is a heady jazz composer who knows how to toe the line between expected jazz trio fare and avant-garde experimentation. If you like your music to be almost inscrutable and always enjoyable, the Elliot Galvin Trio is well worth the listen.

You can hear the all three members of Elliot Galvin Trio playing in trumpeter and composer Laura Jurd's band Dinosaur on Monday, June 26, at Christ Church. 6:45 p.m. and 8:45 p.m. $30 or a Club Pass will get you into the concert. 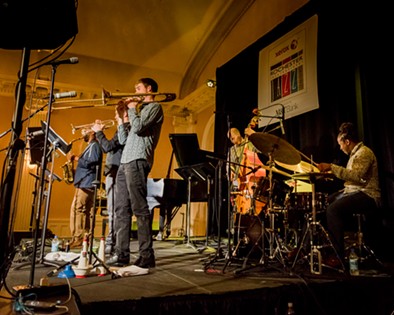 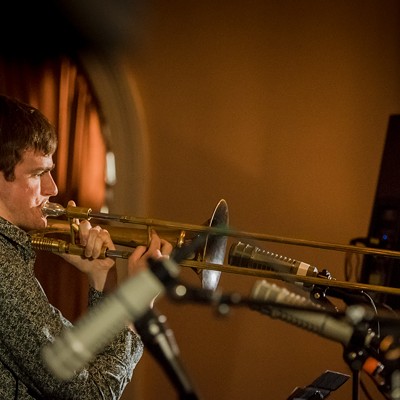 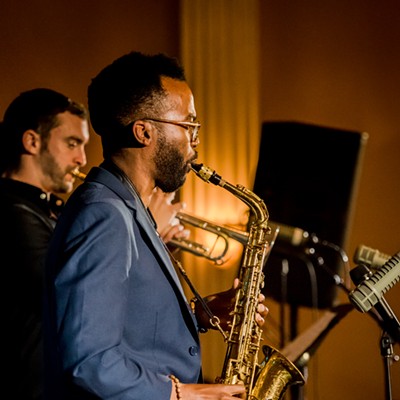 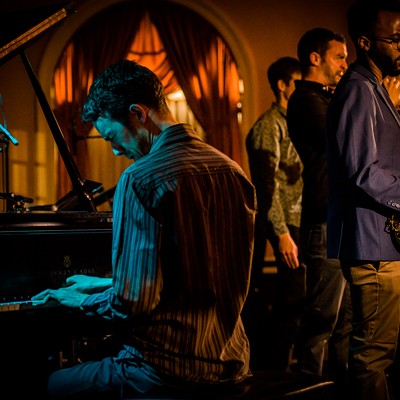 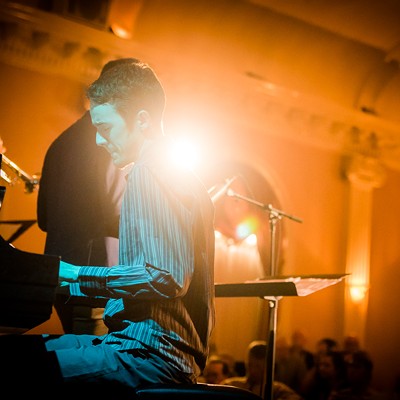 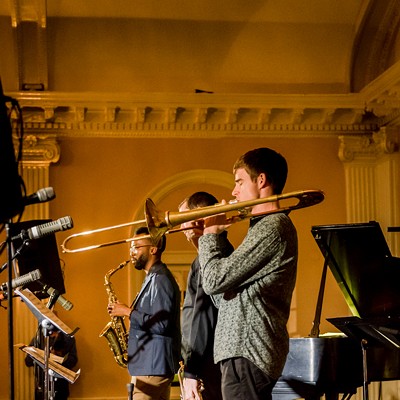