Going to the Jazz Fest is like eating ice cream for nine days straight. I like ice cream, but now my tummy hurts. So before I go on a ice cream-less sabbatical, I went down one more time for the crushed nuts, the hot fudge, and jazz.

Tia Fuller bopped to the max at Max. She and her band cut up hard. She opened up the show on the soprano sax, running lines full of nasally toots that left a few folks scratching their heads. It was when the band added a passage that repeatedly modulated up and down that people got it, and the light bulbs in their heads clicked on. It can happen that fast. Fuller played intense throughout the set in a blinding sequin top.

The Flat Earth Society looked like a ragamuffin miscasting for a school play. I counted 14 musicians on the stage creating the rather storied music that was as free as Zappa but as elegant as Ellington.

It found the sweet spot just shy of completely weird, tossed in the anchor, and stayed put. I particularly liked the Neil Young type electric guitar especially in church, it made me think that evil, the real cool kind, still stands a chance.

So after one last dish of ice cream, I bid you all good night. Elvis has left the building... 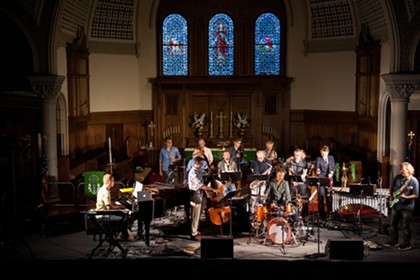 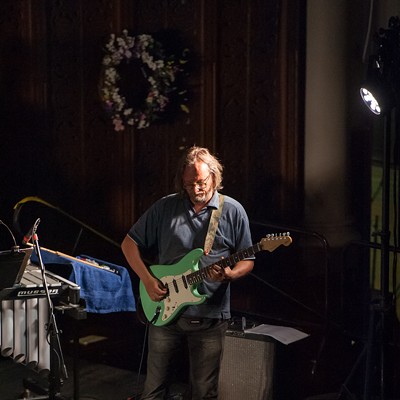 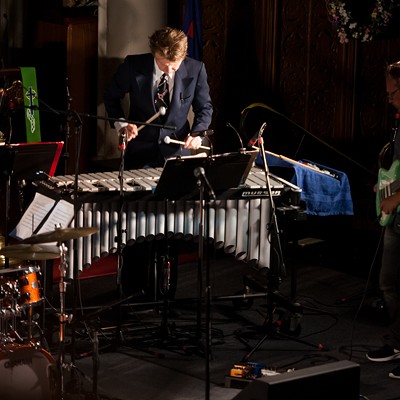 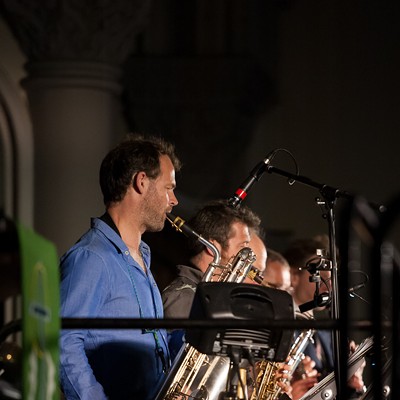 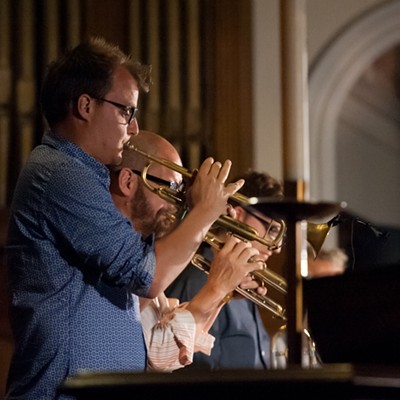 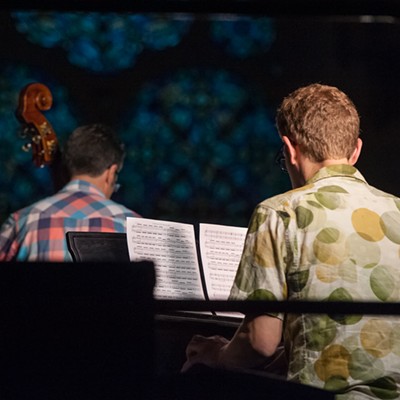 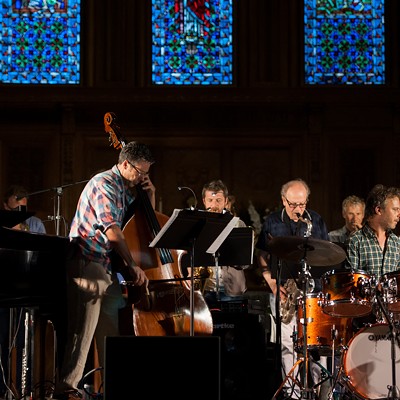 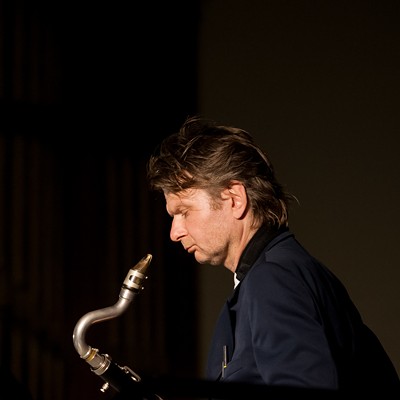 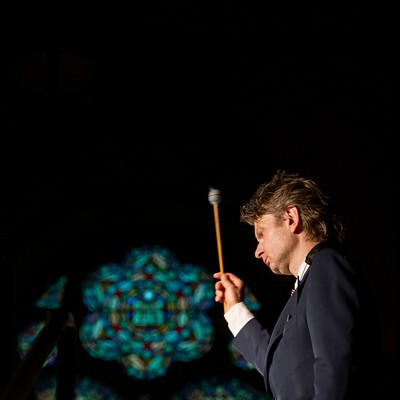 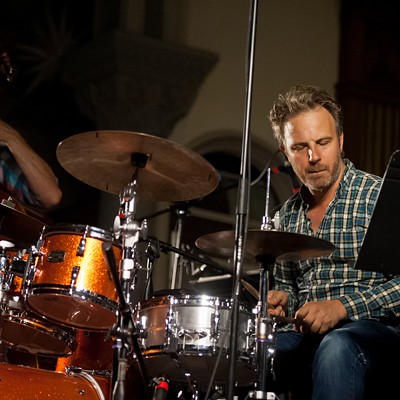