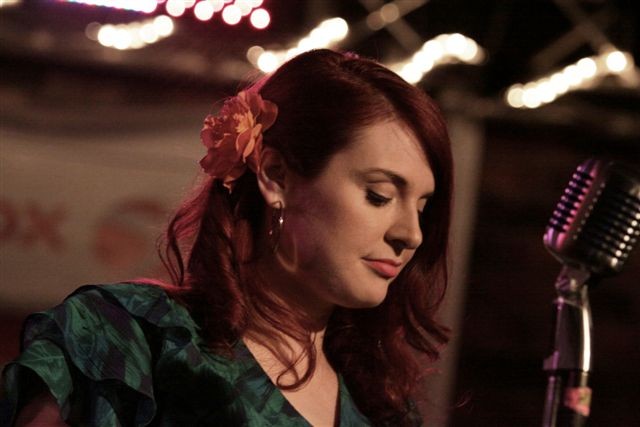 Tia Brazda's first show was sold out to the walls with a crowd forced to sit on old wooden chairs from the Marquis de Sade collection. But the charming Brazda made the pain in the ass worth it. Her just right amount of vocal flexibility was wrapped in coquettish velvet and sass -- she sounded a bit like Billie Holiday, especially on her no frills guitar and voice take on "Summertime." Her band was an assembled group of swingin' crackerjacks including Rochester based drummer, Sean Jefferson. Brazda's set was pure delight as her band dialed into groovy jazz with authentic swing.

Nikki Hill and her band brought some surly and savage rock 'n' roll to the Jazz Street Stage in front of thousands hungry for just that right surly and savage rock 'n' roll. Now with Hill's voice -- a snarling blend of Barbara Pittman, Wanda Jackson, and Ruth Brown -- and her powerhouse band, the scene was positively electric. The band has plugged in another guitarist in addition to the incredible Matt HiIl, and ultimately it sounded a lot like the Stones and left the crowd howling in disbelief. 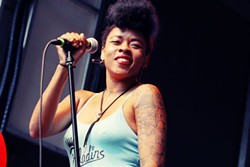 With Nikki Hill ringing in my head, I ventured to the Big Tent to witness guitarist Johannes Linstead tame the crowd with his acoustic-based world music. This time the people were sitting on chairs that, unlike the Montage's equipment, didn't offer permanent ass damage. Linstead's playing was slick and percussive and sexy, but sound-wise, the guitars sounded plastic and kind of like toys.

The grand dame of the night was Danielle Ponder and her band The Tomorrow People. The Fusion tent was the scene of R&B salvation and sonic redemption as Ponder and TTP threatened to crack the sky. If there is a God, he heard it all right. The sweet spot for me was standing on East Avenue between Chestnut and Gibbs where the sound between Nikki Hill's second set and Ponder's comingled in a beautiful, emotional explosion of powerful black women that virtually reduced me to powder. I left with my head, my ears, my heart ringing. I've got nothing left ...