We're only half-way through the 2016 Xerox Rochester International Jazz Festival, and there's still a lot of music to hear. To make it a little more digestible, our music critics pick their top concerts for each day.

And if you're still looking for a full schedule of performances, or bios on each day's musicians, keep an eye out for our Jazz Festival Preview Guide (on stands now), or check it out here.

Russell Malone (Hard bop jazz) Maybe a decade ago, I was cruising along listening to the car radio, when the most irresistible tune I'd heard in a long time came on. It featured an electric guitar playing a catchy but sophisticated, soul-inflected melody. When the DJ came on, he said it was "Sweet Georgia Peach" by Russell Malone, and I've been hooked ever since. Malone's first job in jazz was a stint with legendary organist Jimmy Smith. He moved on to Harry Connick Jr. and Diana Krall before going out on his own. I can't wait to watch his fingers fly over the fret board at Kilbourn. 6 p.m. and 9 p.m.; Kilbourn Hall; $35 or a Club Pass; vervemusicgroup.com/russellmalone -- BY RON NETSKY

Jumaane Smith (Straight-ahead jazz) Trumpeter Jumaane Smith is a force. The guy is musically flexible, has played with a laundry list of jazz and pop greats -- Natalie Cole, Ravi Coltrane, Stevie Wonder, Michael Buble -- and got the stamp of approval from Wynton Marsalis. If you love trumpet, or want a jazz set that's going to be dynamic and rich, Smith at Max of Eastman Place is your concert Wednesday. 6:15 p.m. and 10 p.m.; Max of Eastman Place; $30 or a Club Pass; jumaanesmith.com -- BY JAKE CLAPP

Claudia Quintet (Progressive jazz) As jazz has blossomed over the past 100-plus years, different strains of the music have emerged. One of those branches is a form of jazz that fuses free-form improvisation with an almost classical approach to composing and arranging. Since moving to New York in the early 1990's, drummer John Hollenbeck has gained a reputation for his adventurous work in this genre. His group, The Claudia Quintet, plays Hollenbeck's avant-garde-leaning tunes and features top players like Drew Gress, bass; Matt Moran, vibraphone; Chris Speed, clarinet and saxophone; and former Rochesterian Red Wierenga, accordion. 6:30 p.m. and 9 p.m.; Xerox Auditorium; $30 or a Club Pass; claudiaquintet.com -- BY RON NETSKY

Chris Botti (Pop jazz) I'm not big on pop jazz, but you've got to admit, Botti draws the crowds like a pied piper -- I've even seen him weave through the twitterpated audience. His retro tone and boyish good looks might remind you of Chet Baker before the fall. Smooth and creamy, man, smooth and creamy. 8 p.m.; Kodak Hall at Eastman Theatre; This show just sold out; chrisbotti.com -- BY FRANK DE BLASE

Emefe (Afrobeat, pop, electronica) There are a lot of surprises to unpack in Emefe's music. Underneath the New York City band's New Wave-style electric-rock is funk, Afrobeat, cinematic pop, dance grooves, and just a lot of interesting ideas. It's at once immediately accessible, fun, thought-provoking, and deep. 8:30 p.m. and 10 p.m.; Rochester Regional Health Big Tent; $30 or a Club Pass; emefemusic.com -- BY JAKE CLAPP 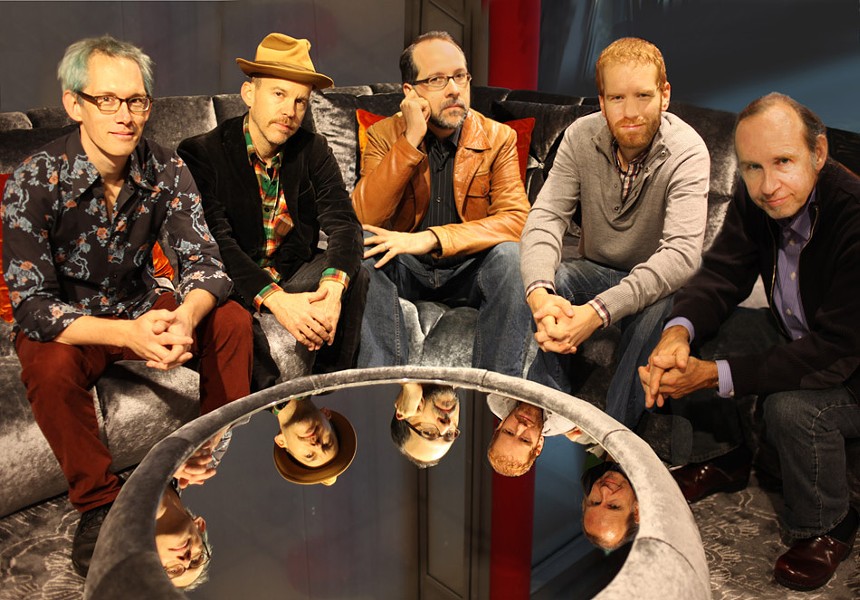 Helen Sung (Straight-ahead jazz) Ever since I heard pianist Helen Sung's early albums, "Helenistique" and "Sungbird" a decade ago, I have been a fan of her lyrical keyboard style. Over the last two decades, Sung has performed with a Who's Who of jazz, including Wayne Shorter, Ron Carter, and Clark Terry. She also won the Kennedy Center's 2007 Mary Lou Williams Piano Competition, and has appeared on Marian McPartland's Piano Jazz. But put the resume aside and just listen to this woman play. It won't take long to understand why she has emerged from a crowded field of pianists. She'll also be performing with her quartet Saturday at Montage. Friday's performance is 5:45 p.m. and 7:45 p.m.; Hatch Recital Hall; $30 or a Club Pass; helensung.com -- BY RON NETSKY

Gregg Allman (Classic rock) One of the godfathers of Southern rock and blue-eyed soul -- not to mention his relationship with Cher -- Gregg Allman and his slide guitar genius brother, the late Duane Allman, formed The Allman Brothers out of their earlier garage band, The Allman Joys. The band was one of the saviors of the Muscle Shoals sound, which they packed -- and Allman, at 68, still packs -- into their legendary, incendiary shows. 8 p.m.; Kodak Hall at Eastman Theatre; $65-$85; greggallman.com -- BY FRANK DE BLASE

Red Baraat (Brooklyn bhangra) The music of Red Baraat is rooted in joy -- a baraat itself is a groom's procession during North Indian weddings. And the eight-piece band delivers it in a high-energy blast of North Indian bhangra, D.C. go-go, jazz, hip-hop, and New York City edge. While the percussion and rhythms of India drive the boat, everything is glued together by funky horns and a little rockin' guitar. 5:30 p.m. and 7:15 p.m.; Harro East Ballroom; $30 or a Club Pass; redbaraat.com -- BY JAKE CLAPP 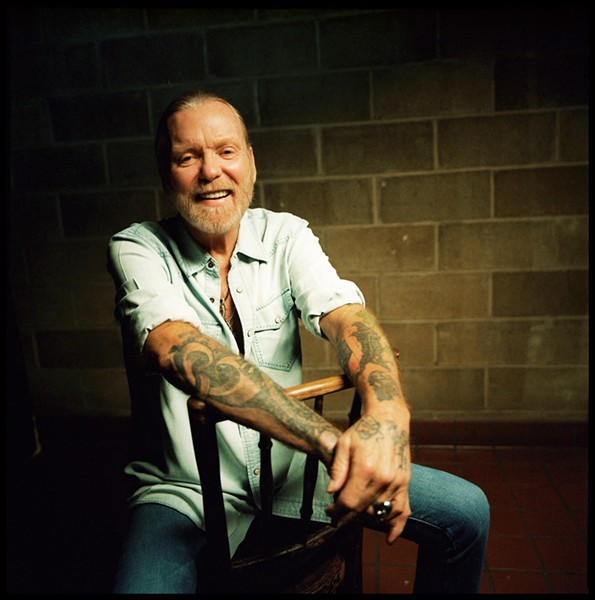 Dizzy Gillespie Afro-Cuban Experience (Afro-Cuban jazz) Once you catch a glimpse of trumpeter Freddie Hendrix's bent-bell trumpet aimed at the sky, there is no doubt about who he is emulating. No one did more to bring Afro-Cuban music to the United States than the brilliant trumpeter Dizzy Gillespie, who distinguished himself with his incomparable technique, his wonderful style, and that funny looking bent trumpet. The Dizzy Gillespie Afro-Cuban Experience pays tribute to that legacy by playing vintage arrangements of tunes like "Manteca" that sound as fresh today as they did when Gillespie and his band played them decades ago. 6 p.m. and 9 p.m.; Kilbourn Hall; $35 or a Club Pass; inadittke.com/dg-ace -- BY RON NETSKY

Flat Earth Society (Progressive jazz orchestra) By playing the Lutheran Church, each artist is given a pass to go "out there." It's the land of the free, the home of the weird. It is a fitting stage for the Belgian big band of innovative madness that is so into its own version of the truth you'll leave believing you could seriously walk off the edge. 7:30 p.m. and 9:30 p.m.; Lutheran Church; $30 or a Club Pass; facebook.com/flatearthsoc -- BY FRANK DE BLASE

Trombone Shorty & Orleans Avenue (New Orleans rock) There are a lot of reasons to catch this show: it's free; it's at the new Midtown Stage; Trombone Shorty has been a consistent Jazz Festival favorite and is sure to bring the energy; and simply, the band rocks. Trombone Shorty & Orleans Avenue has figured out a way to distill down the best of New Orleans music -- from the brass bands and jazz outfits joyously playing in the streets to classic NOLA funk and rock -- put its own flair on everything, and then throw a party. 9 p.m.; Midtown Stage; Free; tromboneshorty.com -- BY JAKE CLAPP